Last night my wife turned on a recessed light in the shower. Shortly after, the light buzzed, got brighter and started smelling so she turned the light off.

I took it apart today and see something I never saw before - a black rubber piece attached to the metal electrical box. I originally thought this was perhaps a sacrificial thing if a wire touches the metal box but the breaker didn't trip. This was the cause of the smell - it was burning.

Will end up replacing all this stuff just in case but what's the black rubberish thing called and what's it's purpose? 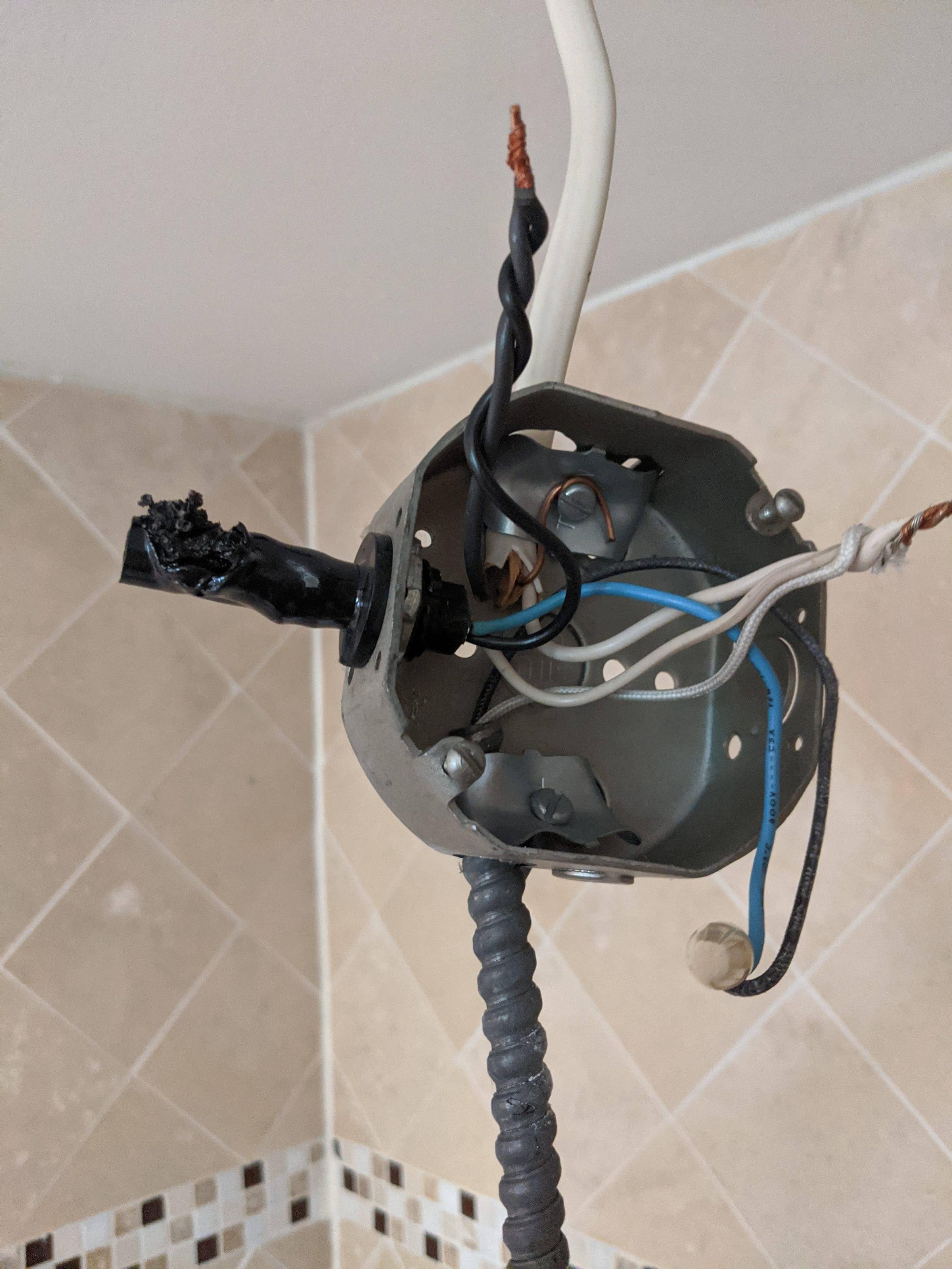 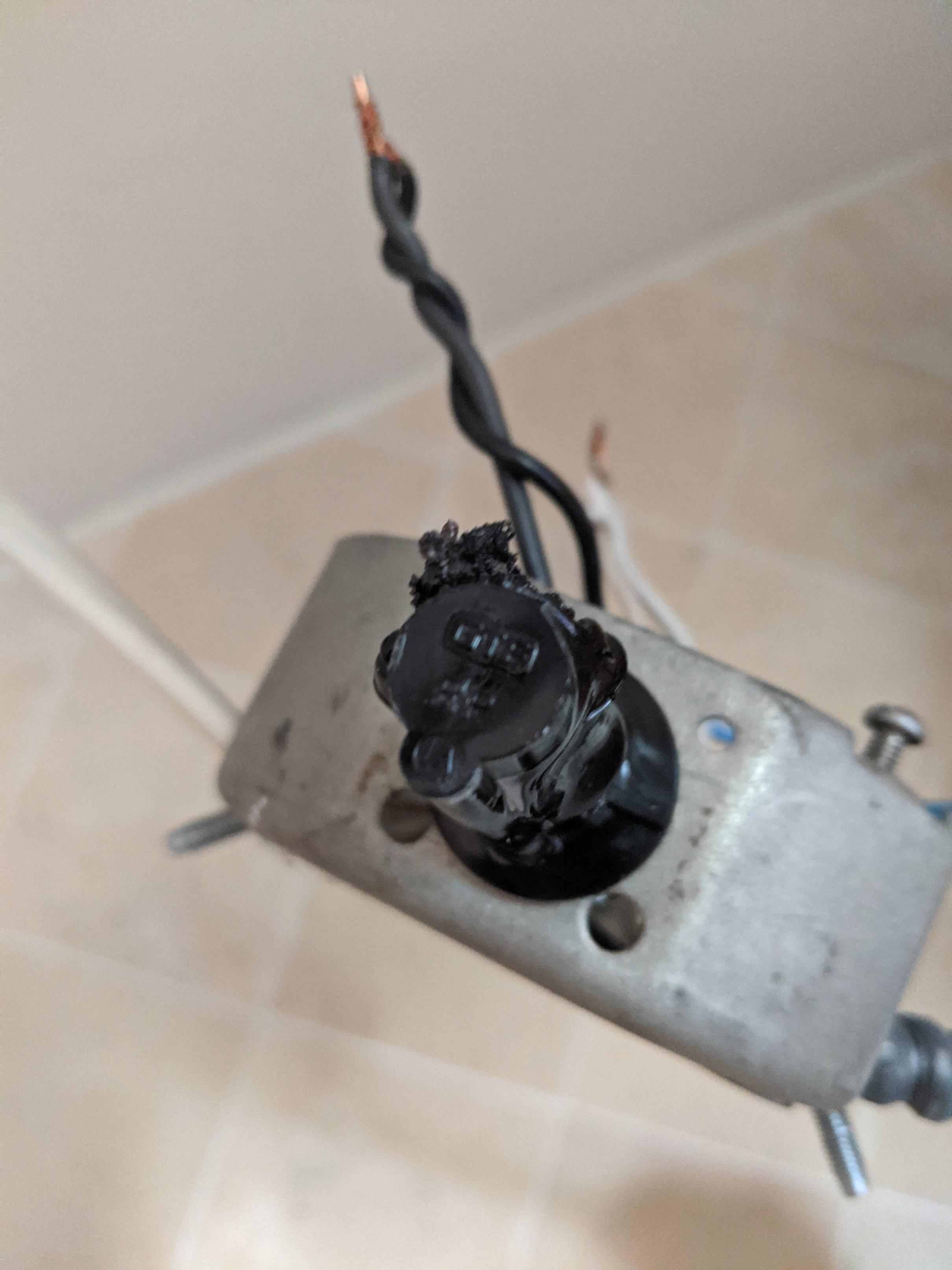 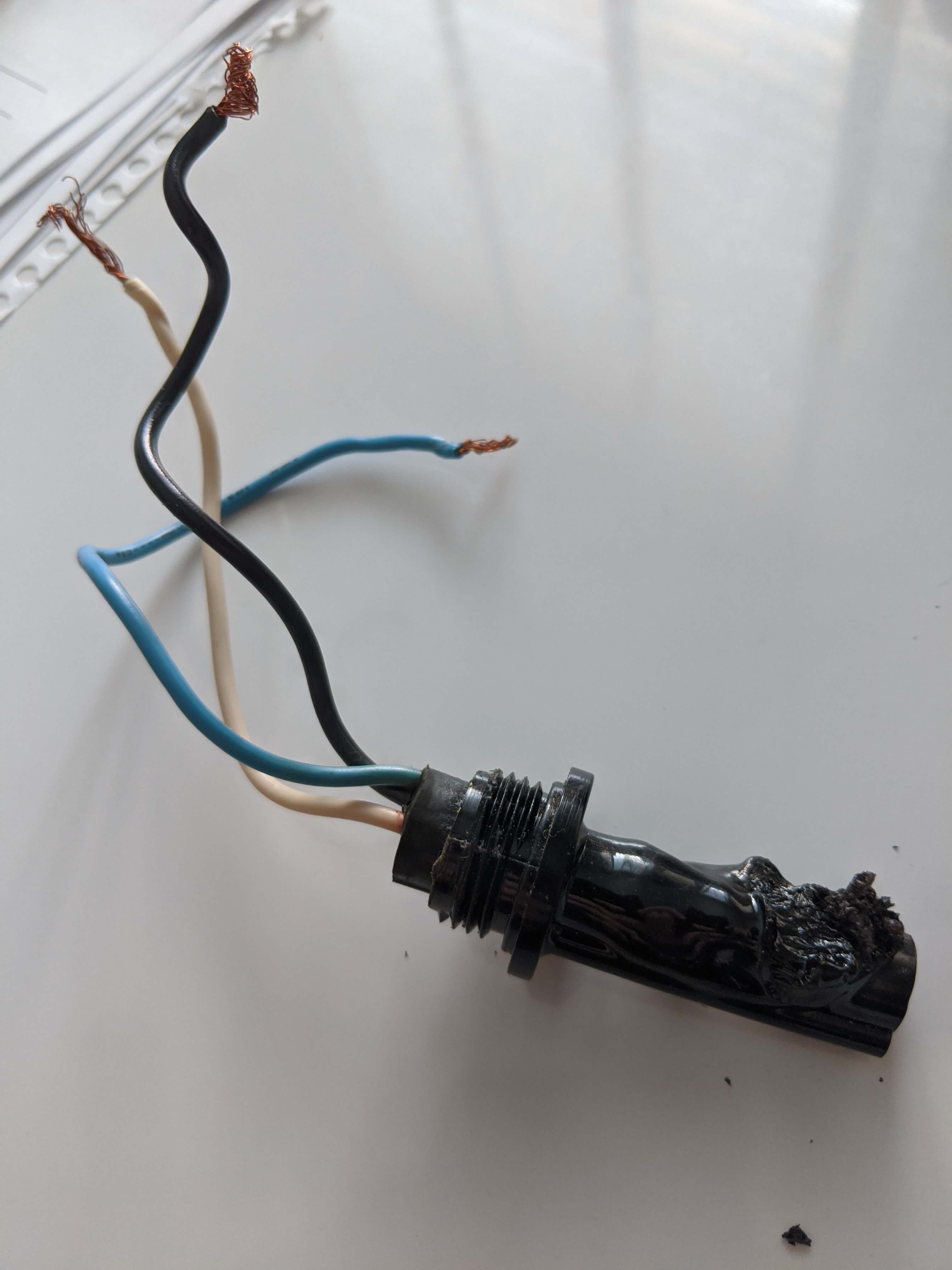 To me it looks like it could be a thermal cutout switch, which is designed to interrupt the circuit if the light fixture overheats.

The piece to the left is a cord that has been cut it looks like it had a strain relief / clamp but that’s what it looks like to me I say cord because the cable looks to me to be a cord and the conductor colors not normal for my location U.K.? Possibly. The wire nuts not normal for the U.K. I think. The new photos don’t look like cut cord. I have never seen a thermal cutout not part of the fixture. But getting several down votes now that more photos show up we will have to see what it is. There is fixture going in the flex but again I have not seen a thermal cutout not part of the fixture or even in the j box.

Not the answer you're looking for? Browse other questions tagged electrical recessed-lighting or ask your own question.

3
Is my dimmer switch failing or is it bad wiring?
2
how can i find electric short from room to fuse box?
7
How should I go about fixing a faulty 240 V Electrical Outlet
1
What did I do wrong when wiring a new light fixture?
4
Working furnace but smell like electrical fire
2
Forgot to unplug fridge while replacing thermostat, smelled electrical burning
0
Why is the circuit shorting after connecting a new light fixture?
0
Light flickers when turned off and power disconnected
0
Unusual wiring at a light switch
0
Why did power temporarily go out on one circuit?