I opened up a box with two switches to witness this: 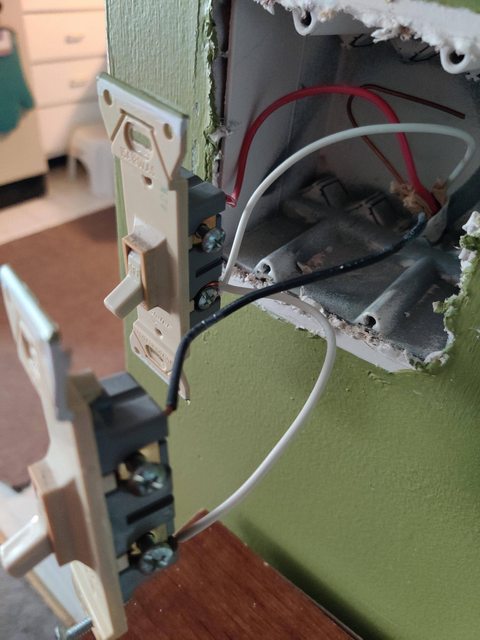 The hot (which is white, I've confirmed) is looped around the far light switch, then pushed into the connector in the back of the near light switch. Each of the red and black wires (neutrals I think) then complete the circuit, so I guess it works.

Is this an undesirable configuration? I'm trying to replace them with simple dimmer switches, and what I would like to do is pigtail the single hot with the hots of each dimmer switch. Each switch would still have it own neutral. Is this a better way to go than the current setup?

This is called a switch leg the white should be taped black or another hot conductor color. Your red and black are the switched hots going to the lights.

You don’t have a neutral in your case so your dimmer can not require a neutral it is possible a dimmer that requires a ground will work if the ground is connected at the other end and back at the panel but most LED’s won’t work with an old school dimmer because they draw a little current through the light this causes LED’s to glow or flash but will be fine with incandescent lamps on a dimmer. That’s why I mentioned the possibility of a dimmer that uses the ground may be an option for LED’s.