The drain plug I had broke and I decided to change it. The problem is that no matter how hard I tried, I just couldn't remove the broken one. You can even see that I managed to break one part of it using too much force. I tried applying WD-40 and used cobra pliers.

NOTE: The inside part of plug is missing (that part was broken so I took it off and threw it). 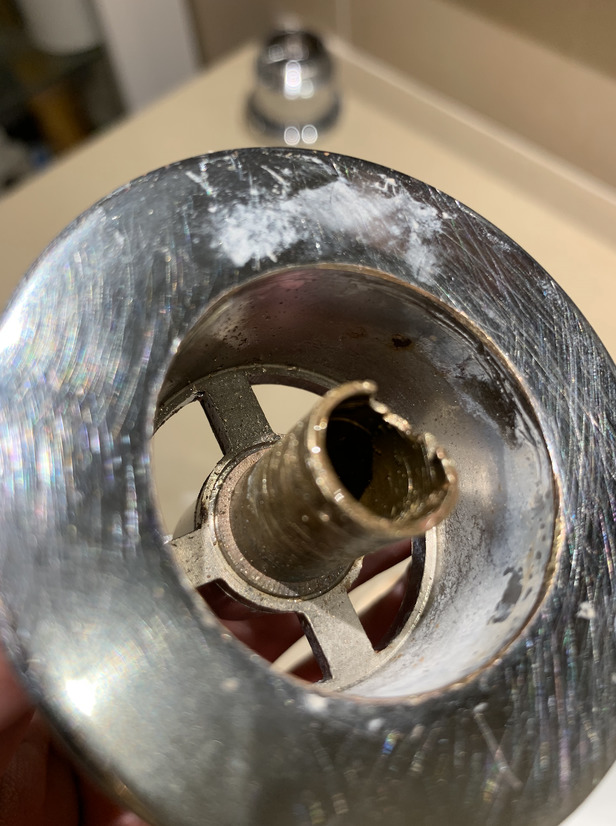 Since the piston is stuck, and no way to remove it, I am thinking about buying the new drain as well (If that's the correct name of it - maybe it's called basin waste).

Here are more photos of it: 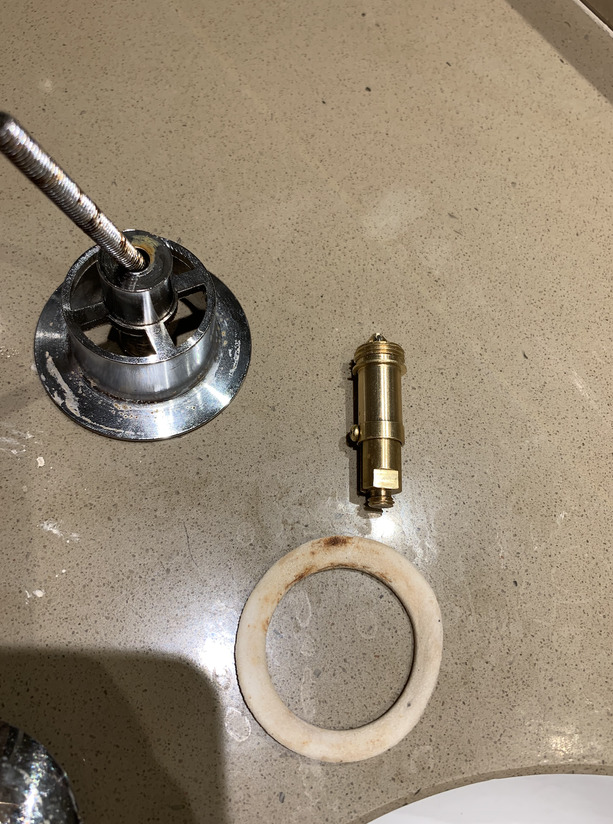 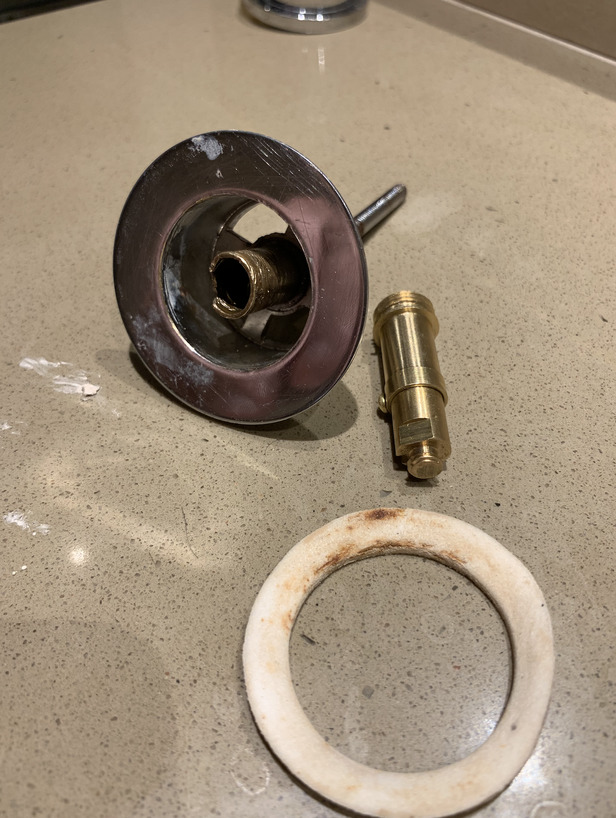 Does anyone know how that specific model of a drain is called? Also should I apply plumbers putty to it? I found this white thing on photos, so I am not sure if it had plumbers putty applied.