Any way to mount a ceiling fan using a rectangular "wall" box?

I was replacing a ceiling fan in a newly purchased home, and I discovered that the previous fan was mounted to a rectangular "wall" box. The box is attached laterally to a ceiling joist in a converted garage. There is some trim wood to give the ceiling joist an exposed beam look, and I do not believe that there is enough space for a standard ceiling box. The joist is not centered with respect to the trim, so mounting directly beneath the joist is not ideal.

I attempted to use the existing box, but the threading stripped as I put in the second screw. Now I'm questioning whether this box was even appropriate in the first place.

Is there any way to mount the fan to a box that will fit in this space? My first thought is to replace the box and add support via a brace to the joist or by securing a piece of wood above both the joist and the box.

If mounting to the box itself won't work, can I secure the fan to the joist via a bracket or supporting wood, and simply house the wiring in an adjacent rectangular box?

The location is Texas, USA. 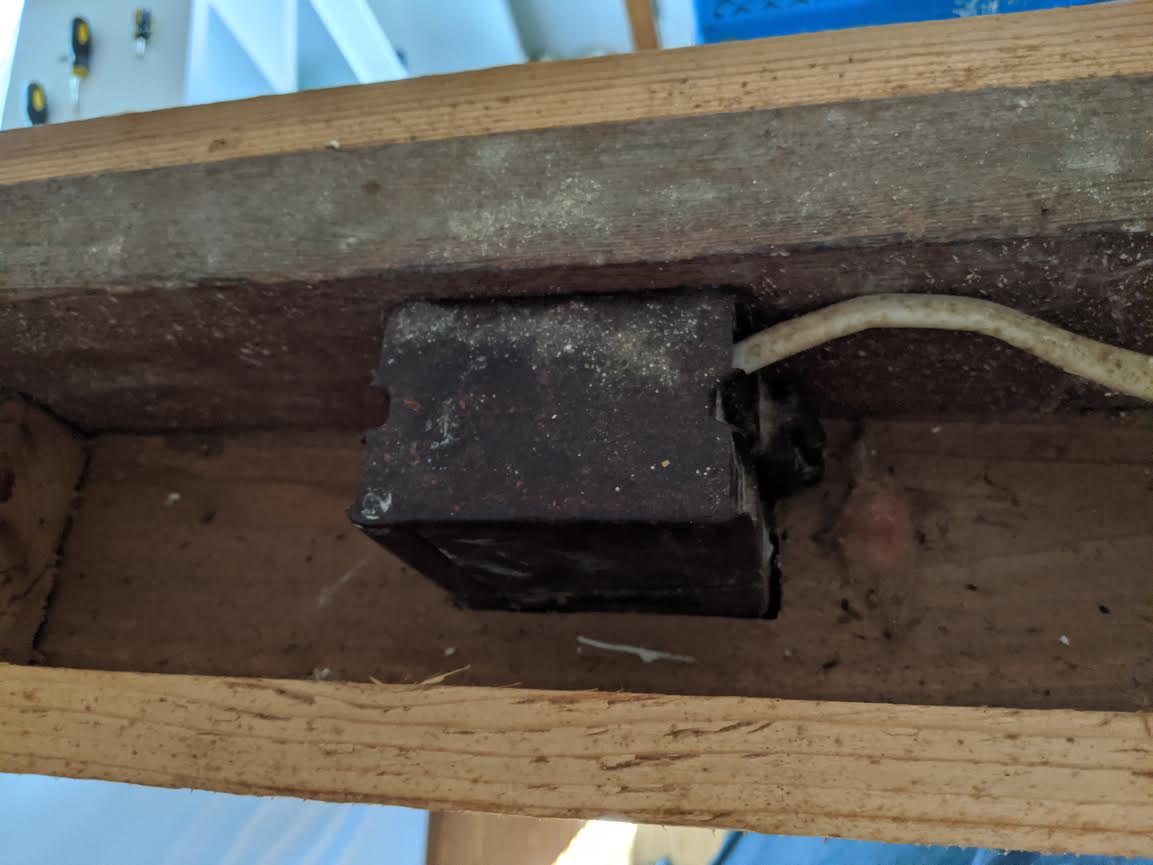 View of the electrical box from above the joist. 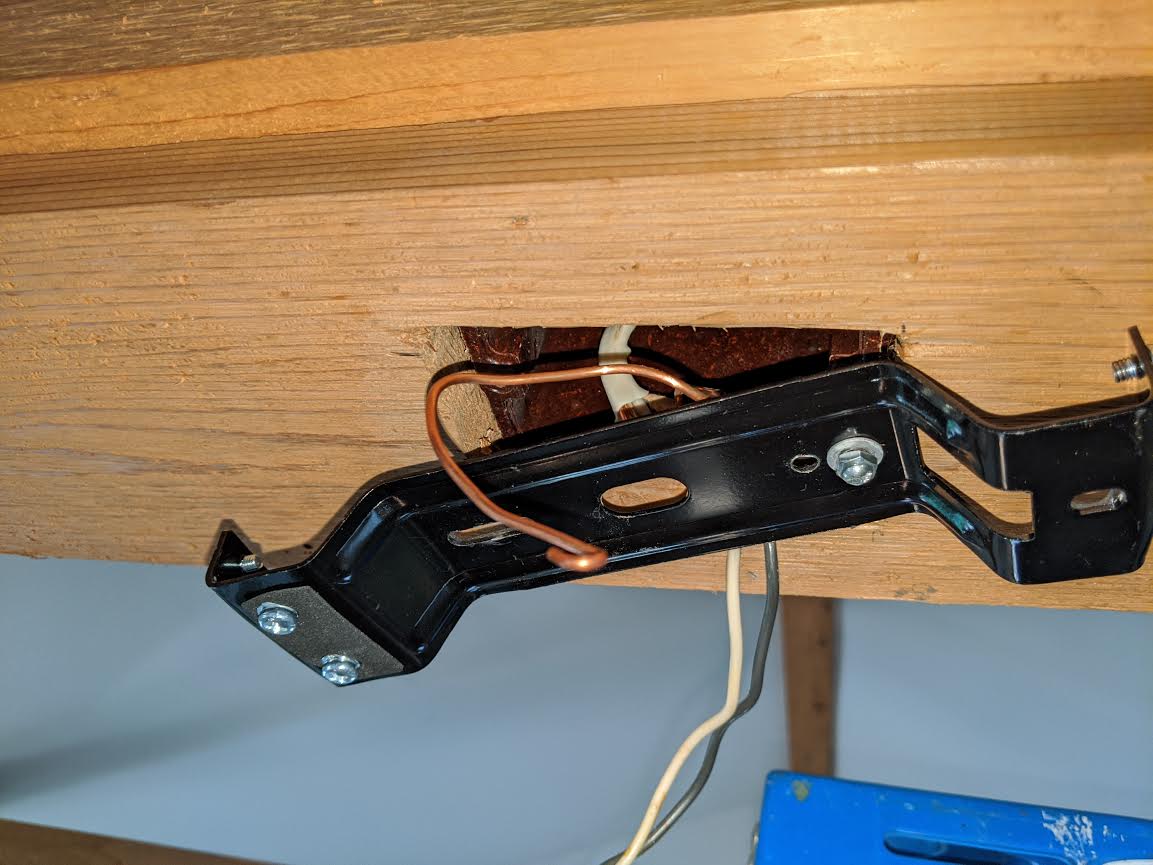 View of the fan mounting hardware below the cosmetic wood.

The electrical box should be rated for a ceiling fan and that is not. I would personally add one of these to The surface of the false beam but drill through and screw it into the joist to make sure it will support the weight of the fan. It’s hard to tell if that’s possible from the photos but I think it should be.

In order to safely mount a ceiling fan it needs to be attached to a properly installed fan-rated metal box. You should replace the current box with one rated for a fan. You can attach it directly into the ceiling joist with screws sufficient to support 50 to 75 lbs depending on the weight of the fan.

Not the answer you're looking for? Browse other questions tagged electrical ceiling-fan safety or ask your own question.