Can I steal a neutral from another fixture on the same circuit?

I have a gang of 4 switch box, 3 switches are on the same circuit. There is no neutral or ground and it is knob and tube wiring, so I don't want to fix this (from what I've seen, the rubber/cloth housing looks good). 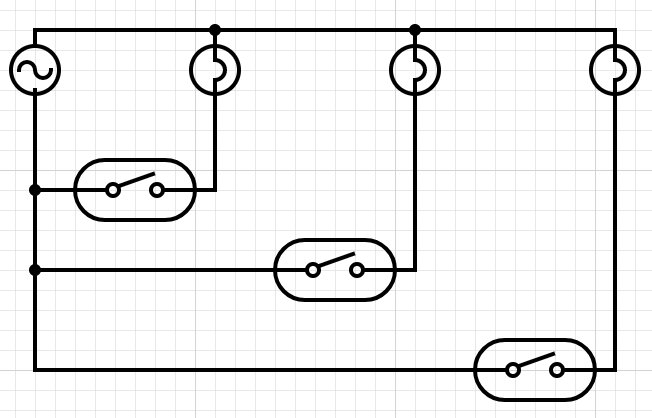 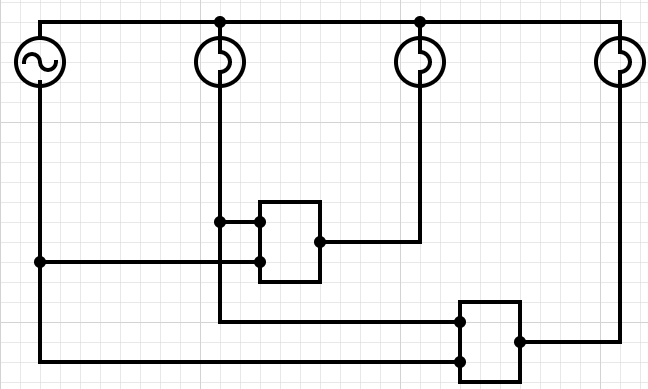 I have a feeling that the smart bulb load might get in the way of the neutral though. Perhaps I would have to remove the smart bulb out of the circuit and short that line, like so? 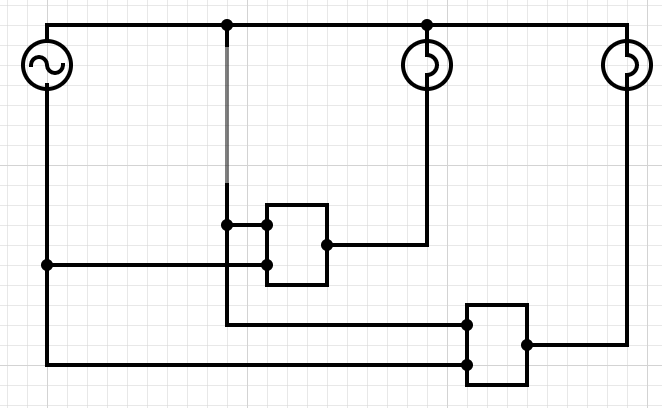 That wouldn't be optimal, but it is the least useful out of the bulbs as I have auxiliary lighting in that area. I would of course, would have to put some sort of documentation in the boxes to remember what I had done.

Is it possible (not necessarily with my circuits, but with a similar idea)?

FYI, all circuits are using dimmable LED bulbs, so an overload is not a concern. Ground would be floating, but that shouldn't be a concern as the switch plate would cover any exposed metal.

I am of course interested if what I am proposing is against code.

So, given the comments, although electrically this would work, it is unsafe and a code violation. This is because the hot and neutral are to be in the same raceway to have the magnetic field of the hot wire cancel out the magnetic field of the return wire, and thus reduce any induction eddies in any nearby metal components. Such eddies could cause heat buildup and be a potential fire hazard.

It has also been brought to my attention that the dimmer that I had bought has no electrical safety standard certification such as CE, CSA or UL (or anything else for that matter). FCC is a radio emission standard, not a safety standard.

Not the answer you're looking for? Browse other questions tagged electrical smart-switch or ask your own question.

2
Can I steal a neutral wire from another circuit?
3
Can I put dimmable LED bulbs in a ceiling fan fixture and wire it to a dimmer switch marked LED compatible?
0
Can I take power from the hot line on another switch in a multi-gang box?
2
Wiring a GE smart switch in a box with 2 light switches sharing a neutral wire and switches sharing a hot wire on same circuit
1
Wire 2 GE smart switches to 2 different lights on the same circuit
2
Smart Switch Wiring Question: What is the Need for a Neutral Wire? How to Provide One?
0
Control switch from neighboring switch on a different circuit
1
Should a smart switch (that requires a neutral wire) cause my non-contact voltage tester to beep?
0
Does light fixture itself impact dimmer compatibility or the bulbs?
2
Does this 3-Way Wiring Violate 300.3(b)?