How to replace a double switch (single-pole and three-way) with separate switches?

I have a switch with two switches controlling two lights:

One switch is a single-pole, the other is part of a three-way. I would like to split these into a double gang with separate switches. Here is the current wiring: 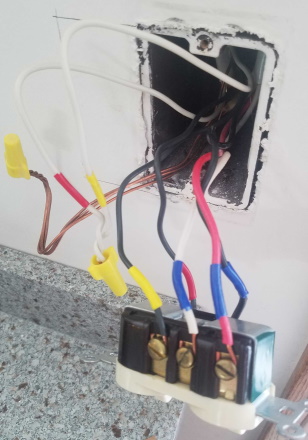 I put colored electrical tape on the wires, where the wires coming out of the same NM cable have the same color. I would assume the blue wires are for the three-way switch and the yellow and red wires are for the single-pole switch, but I'm not sure of that.

Here are the switches I want to replace it with: 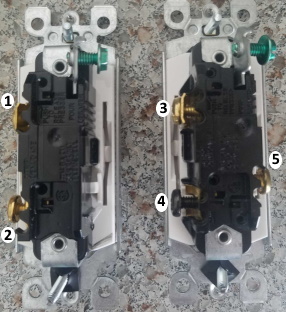 Here are some additional pictures of the switch: 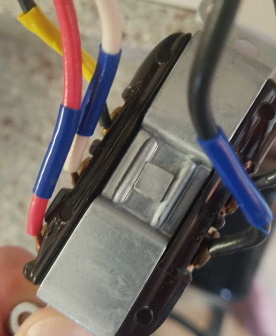 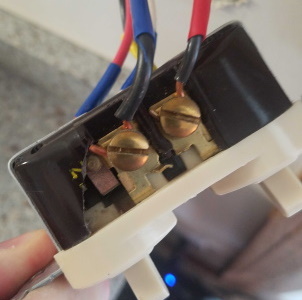 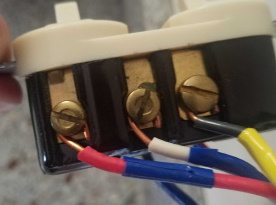 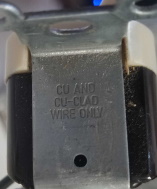 OK, the red tape and the yellow taped black wires go to your single switch, terminals 1 and 2 on your picture.

The blue taped black wire is your common load for the three way switch since you've only got one breaker and should go to the #4, black terminal, on your picture. The other two blue taped wires on the white and red wires are the travelers and should go to the #3 and #5 terminals on your picture. It's a good idea to tape them with some yellow tape for easy identification in the future.

If you're not sure how the terminals on a switch are used, the best thing to do is to unwire it and test the continuity between each pair of terminals, in each switch position.

In this case, you can be pretty confident about the two-way switch. You just need to find which terminal on the three-way is the common.

Yes. Why would you think of doing anything else?