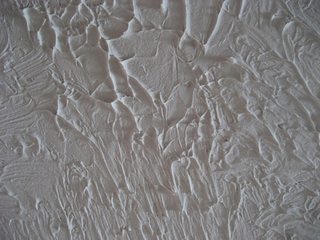 5
What are the pros and cons of rolled-on wall/ceiling texture paint?
1
Should I primer my walls/ceiling before I spray on texture?
2
How do I prepare a ceiling for restomping?
3
How do I paint over a textured ceiling without removing the texture?
4
How do I remove painted knockdown texture?
3
How do I match this ceiling texture?
1
What type of wall texture is this, and how do you remove it?
0
How to remove ceiling joist cross blocks without tearing up roof?
2
How can I tape drywall joints at the ceiling with existing texture?