What is this strange strike plate and why does it move?

My house was originally built so it could be easily adapted for people with disabilities. For example, there is wiring in the house to support the installation of a lift and the landings are wider than usual.

I'm not sure if this is part of the adaptations but the door latches don't close onto regular strike plates. Instead, they close onto these curious moving strike "plates". These strike units comprise a thin metal box which contains a rotating piece of metal that moves up when a door closes on it and then falls back down when the door is closed. The metal box is then affixed to into a recessed metal bracket in the door frame. They have the letters "CBuk" stamped on them which yielded nothing useful on a search.

A couple of these are now not working properly but I'm not sure whether to try to replace them with something more conventional or try and fix them or if there's even a good reason for them being there. 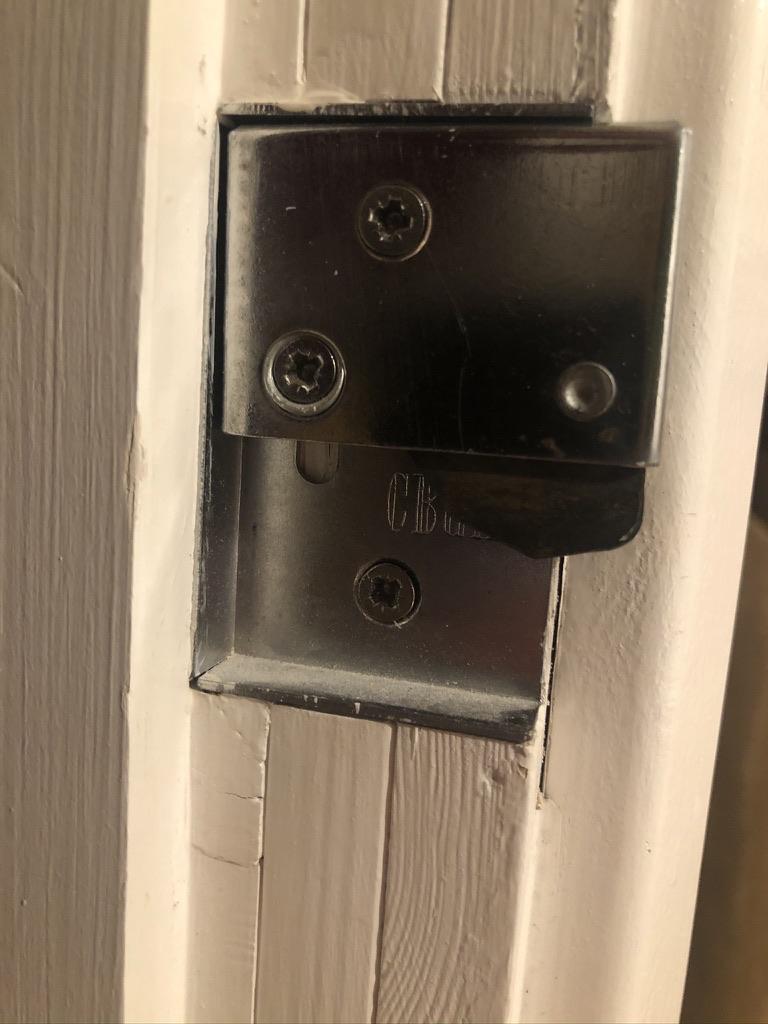 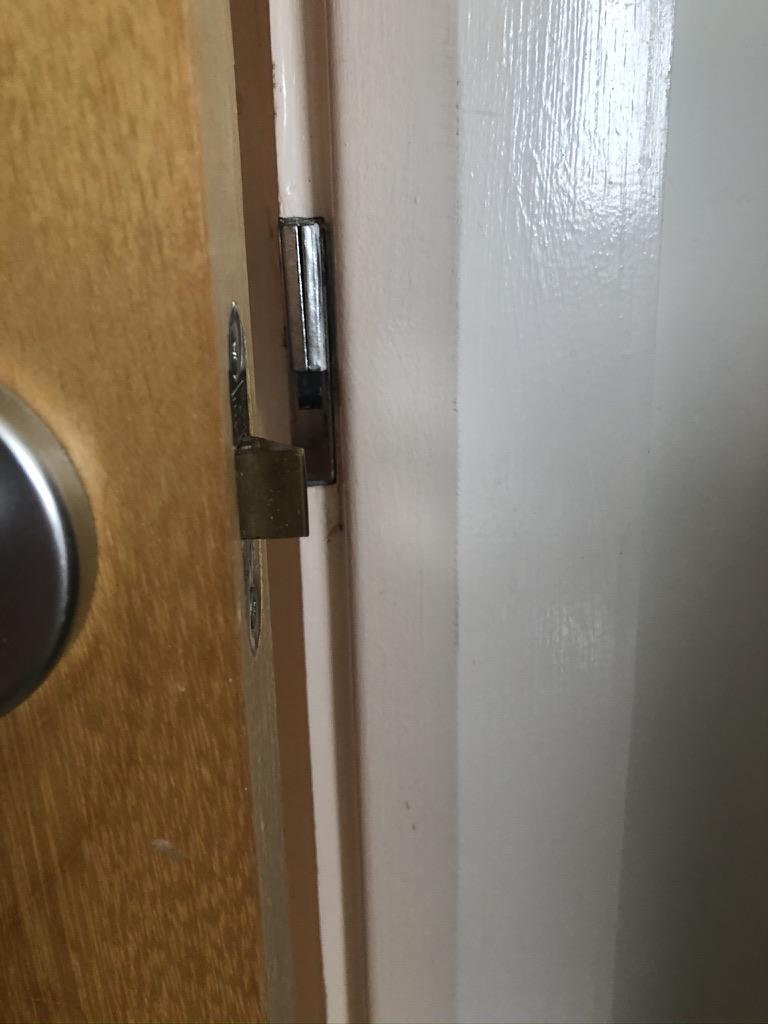 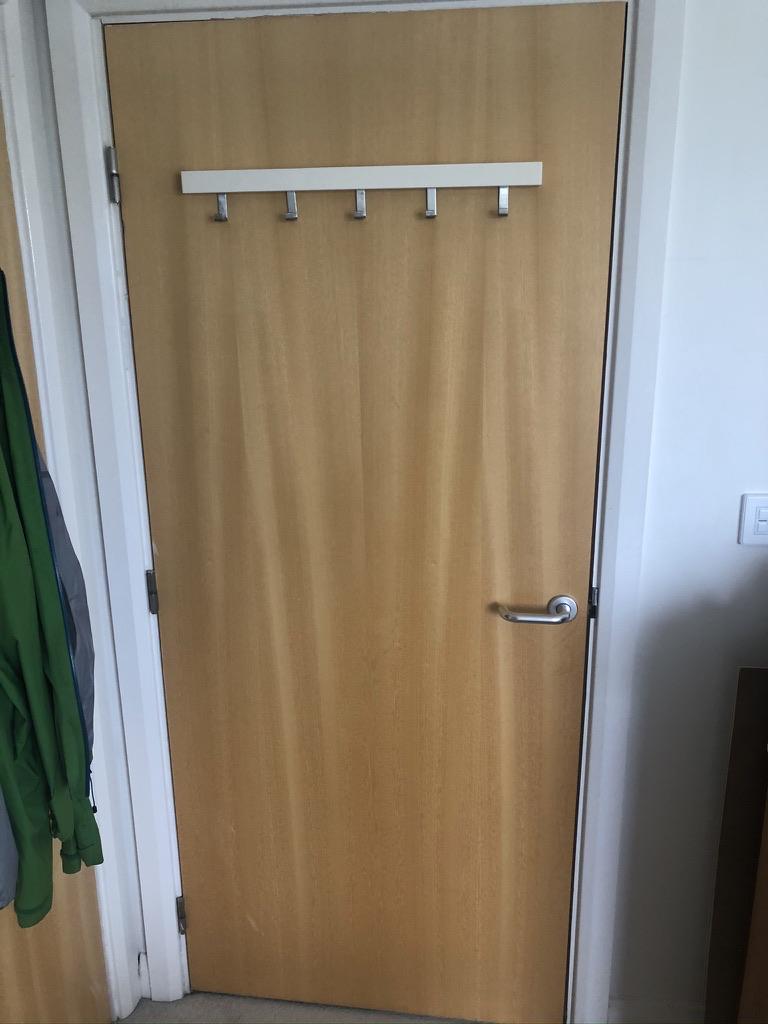 Interesting. I guess the point is that they "close slightly more easily than regular latches", yet they still require pushing down on the ADA-compliant lever handle to open.

I'm not sure in what way they're "not working properly", but I'd suggest taking the latch mechanism piece (the top two screws of the latch) out and taking a look at that part. I'd imagine that the little swinging plate isn't moving as freely as it should. With that part off, you may be able to determine that there's something in there jamming it, or it may just need a shot of dry-silicone or graphite lubricant to free up the movement.

I've use both of those in spray form and they can be a bit messy, so taking it outside to spray the latch means the mess is on the grass or some newspaper/drop cloth instead of all over the interior wall.

It could also be that the screws have either loosened or tightened with some seasonal wood swelling. (OK, fine, loosened, screws really don't tighten themselves.) You may want to ensure that screws are tight on the non-working ones.

You could, of course, replace them with "normal" strike plates, but that would probably require filling in the hole in the frame then mortising for the new strike plate (and would be the subject for a whole new question). I'm presuming none of the current residents need the adaptations. Of course, having these in place may well increase resale value if you're thinking of selling at some point in the future, so that's something to consider.