I have an American Standard brand tub with jets. Its drain has a pop-up stopper, and the stopper is controlled not by a lever, but by one of these twist-style knobs, placed over the overflow drain. I removed the screw holding the cap in place (see the right-hand picture), but no matter what I do, I can't pull the cap off: 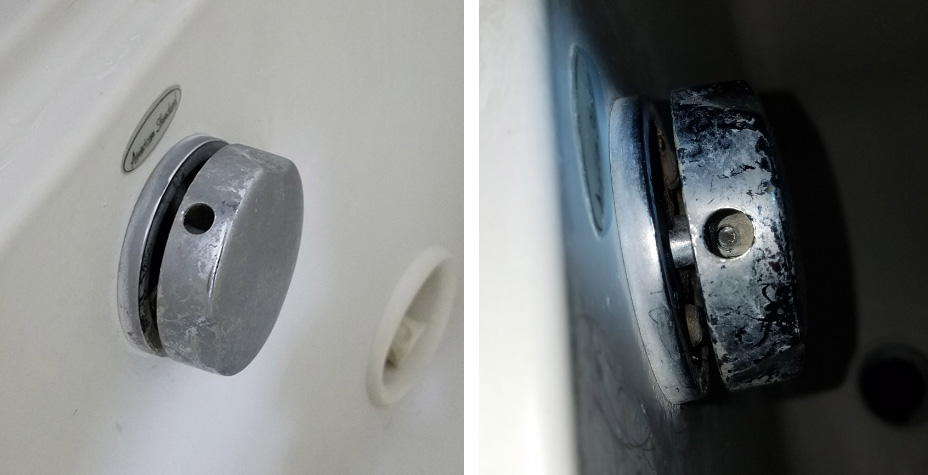 I've looked around inside as best I could to see if there's some other mechanism holding it in place, but I don't see anything. I don't think this thing has been removed in 15 years. I've tried turning it this way and that, pushing it in and out in case there's some kind of special release. I've tried knocking it with a hammer to loosen things up or try to break up deposits. I've tried vinegar, and then WD-40. I've tried using big screwdrivers as levers between the cap and the plate behind it. Nothing, refuses to come off.

There's another question here from someone with a similar problem, but in their case, they couldn't get the screw out, and the problem wasn't answered anyway: How to remove turn-style tub overflow cover?

Anyone have any ideas? Or does this need to be sawed off? Can a plumber handle this?

EDIT #1: here's a closer look at the area where the cap meets the stem--nice and gross: 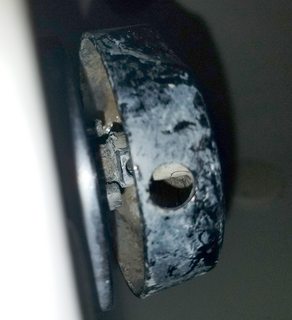 (Answering my own question.) After trying a million things, I went with the destructive option. I used a metal file to shave a hole into the knob so I could access the screws on the plate behind it. I unscrewed the screws, turning the knob to be able to access each screw, and then took the whole assembly out. Afterwards, I soaked the still-fused-together knob and plate in CLR for 10 hours, and by the end, it still didn't come apart. After looking closer, it might be the case that the knob was held in place by a screw on the opposite side of the plate, which, when mounted to the tub, is completely inaccessible unless you open up the wall behind the tub and cut into the overflow waste pipe. What genius designed this? 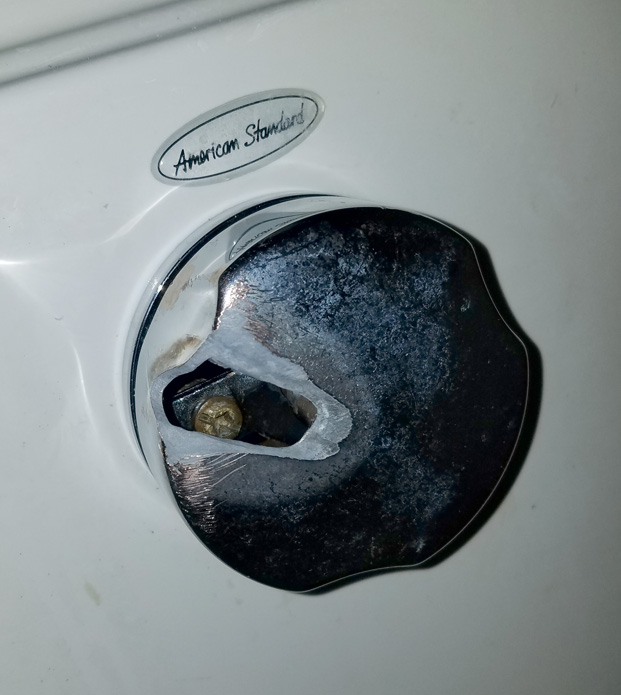