What type of plug do I need for this bathtub drain?

I recently bought a new house and I'm having issues plugging my bathtub drain. The drain appears to be designed for a pop up plug of some kind, which is missing. I'm not sure what make or model the drain is so identifying that is probably step one, so I've taken some pictures:

The spout, overflow, and drain: 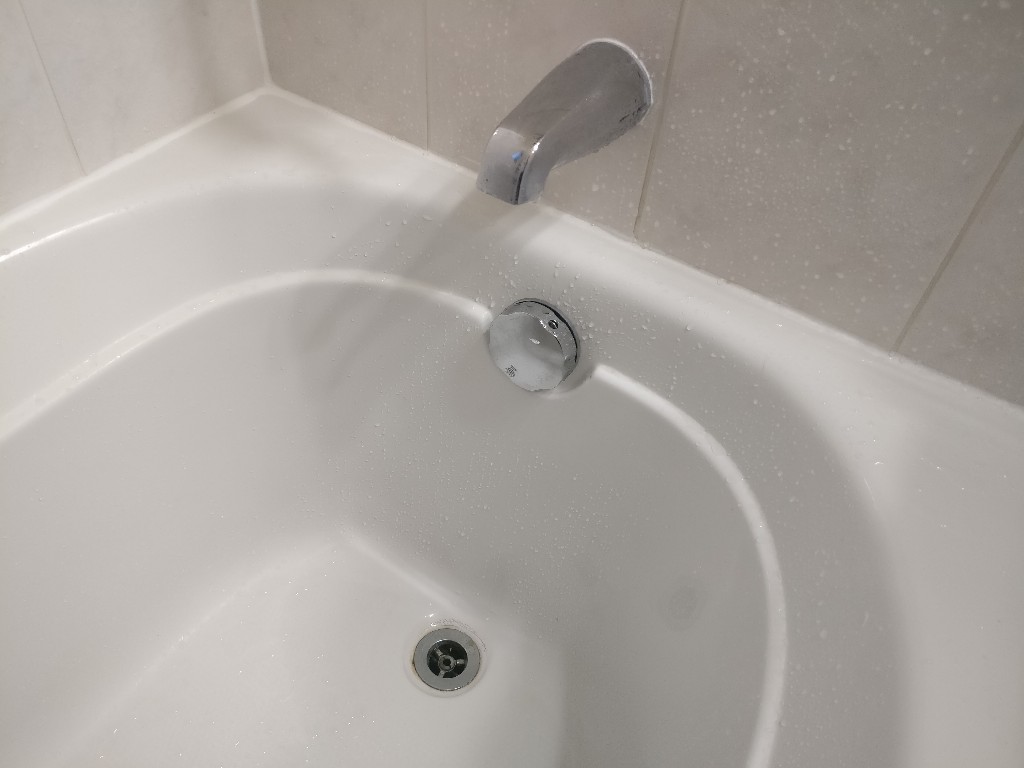 The only identifying markings are an "SA" on the overflow cap.

The faucet handle, mounted above the spout, says Delta Monitor. 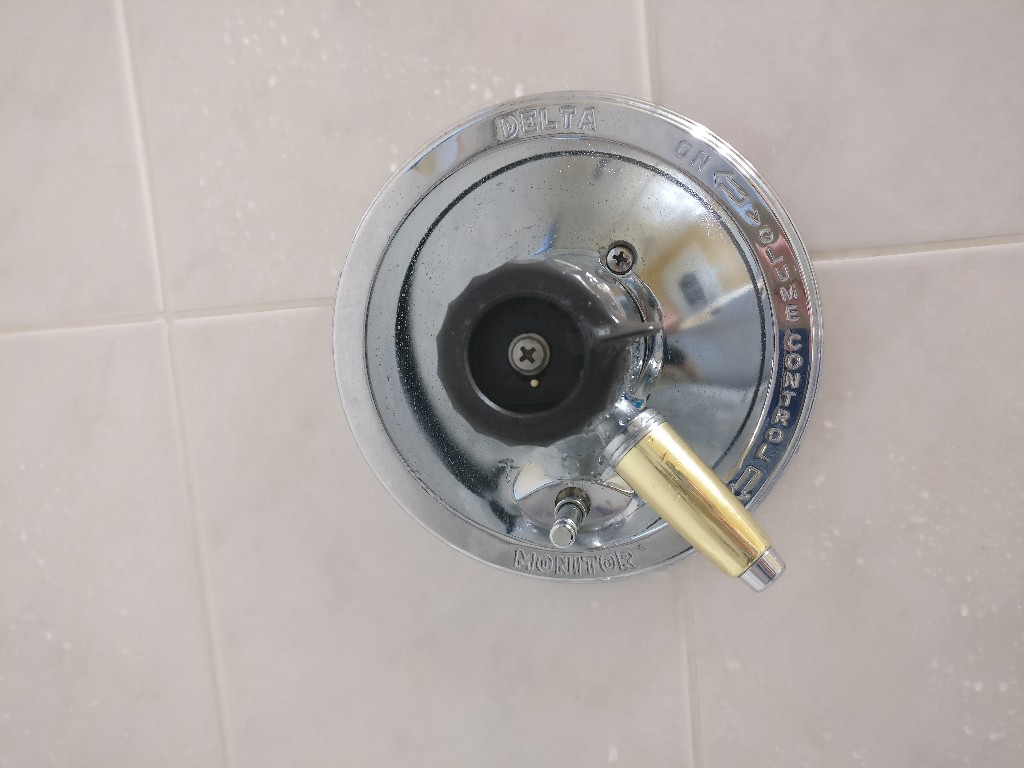 Close up of the drain: 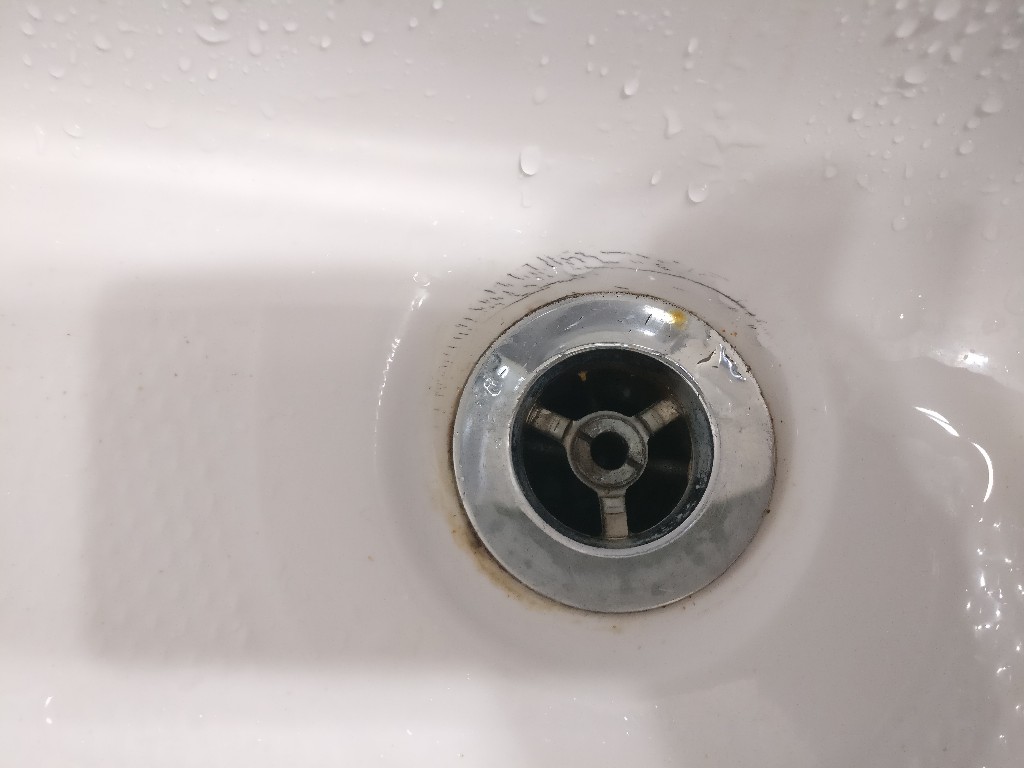 When you rotate the overflow cap, there is a small brass looking rod down inside the drain that moves up and down a small amount.

I don't know the history of all these parts, and I don't know if they're part of a series (i.e. are all Delta Monitor), or if they were bought piecemeal. I also don't know what generation of the Monitor series these are, or how old any of this is. My guess is 1980s but could be 70s or 90s as well. Doubt it's from after 2000.

I've tried a universal tub plug 1 1/2" tub stopper but the drop from rim of the drain to the three-prong part is shallow enough that the stopper stands up off the rim of the drain and lets water out: 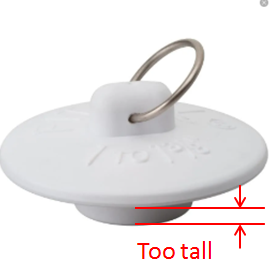 Finally, I've tried one of those big flat suction stoppers and that also doesn't work great because the drain is quite close to the end of the bathtub and the curve between bottom of the tub and end wall is quite sharp so the suction stopper won't sit flat.

Any ideas on what type of stopper is supposed to be used with this thing would be much appreciated. Or thoughts on how to properly identify the drain make/model.

Browse other questions tagged plumbing drain bathtub or ask your own question.

6
How can I easily fix or replace the broken knob handle on bathtub faucet control?
4
How to reattach a tub overflow pipe that is offset from the tub
1
How can I remove this bathtub drain
1
Tub to shower conversion plumbing questions
0
How do I unclog a bathtub with a broken trip lever?
0
How do I repair this bathtub drain plug
1
Unable to remove push-pull stopper from tub drain
1
What is this type of sink drain/plug called?
1
Can't remove twist-style / turn-style / knob cap on overflow drain in tub