What is this brown material in my 1950s-era ceiling light's electrical box?

I'm planning to re-wire a ceiling light fixture in order to bring a neutral line down to the switch box. I've identified where all of the lines go in the attic, it's easily accessible and there's no insulation in the wall (it's an interior wall) so this should be an easy project.

However, I opened up the light fixture to check it out and see if anything funny is going on... and I found this: 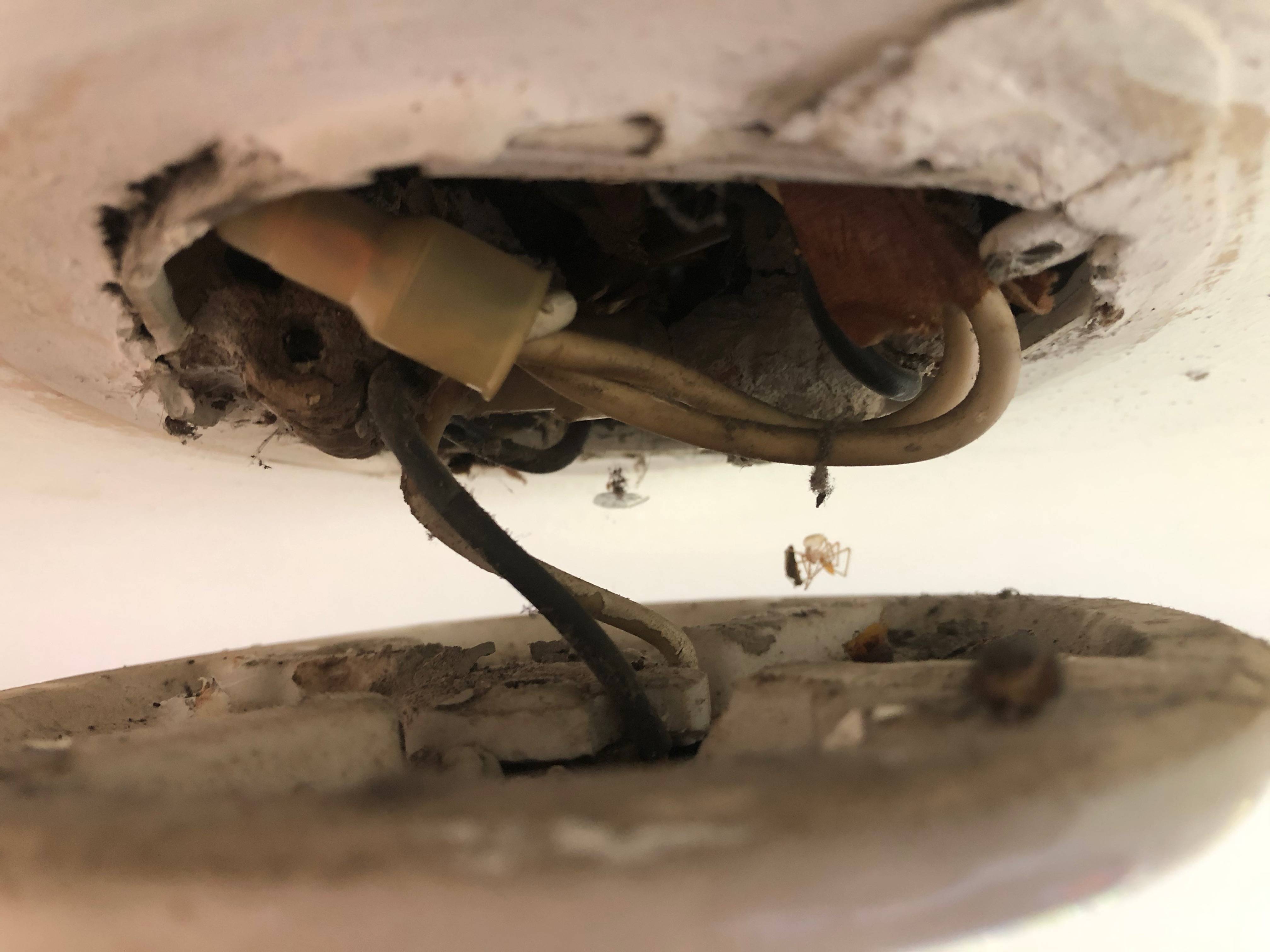 So far, it looks fairly normal, the neutral and hot wires come together in wire nuts to connect to the fixture. However when I pulled it down a bit further, I found some really weird crap up there surrounding the wires: 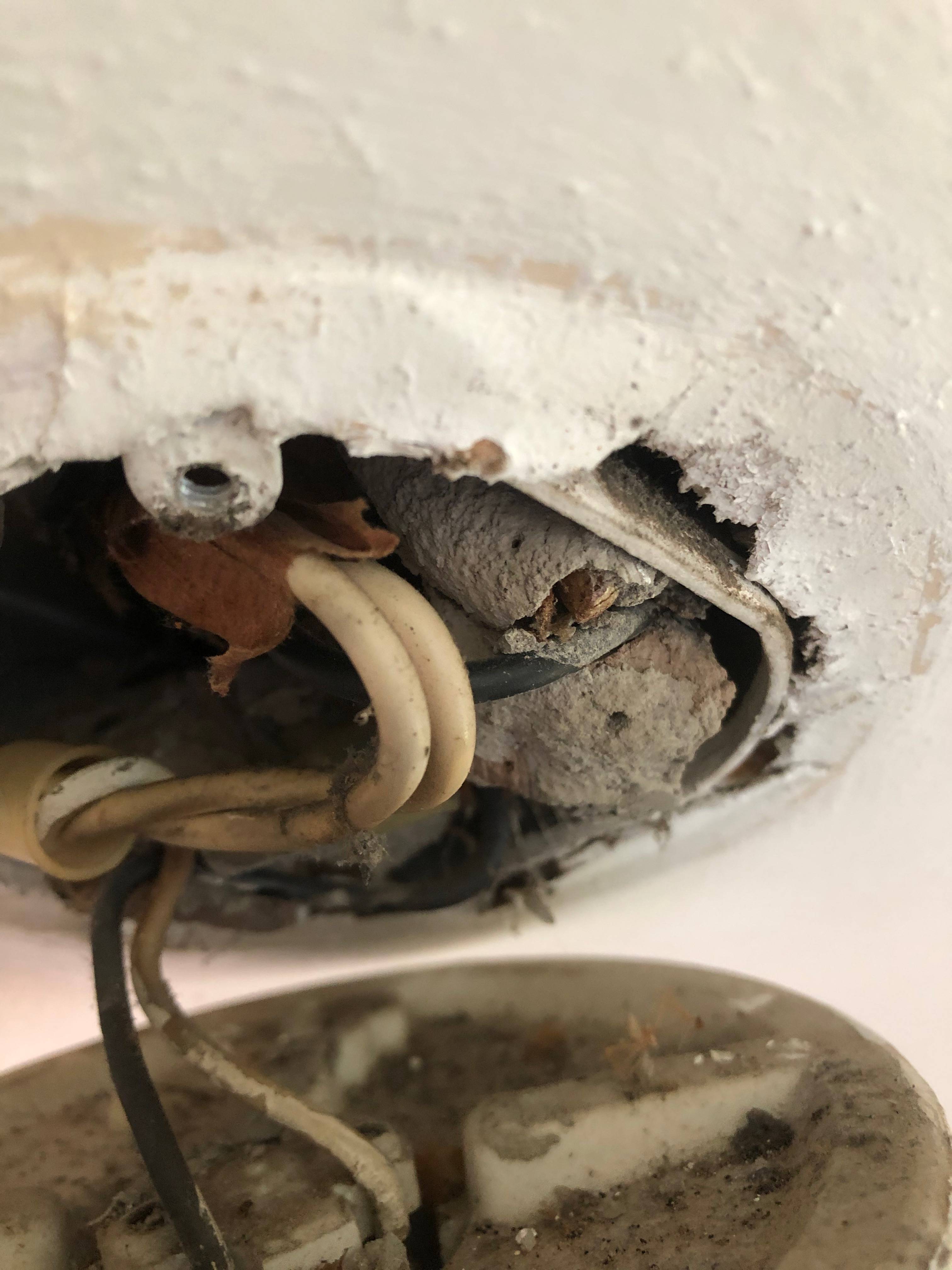 What is that stuff? It's taking up space in the box and it's not electrical wires, that doesn't seem like it's safe... Can I pull it out? It's almost like it's a kind of insulation, except it's solid.

For reference, here's what things look like in the attic: 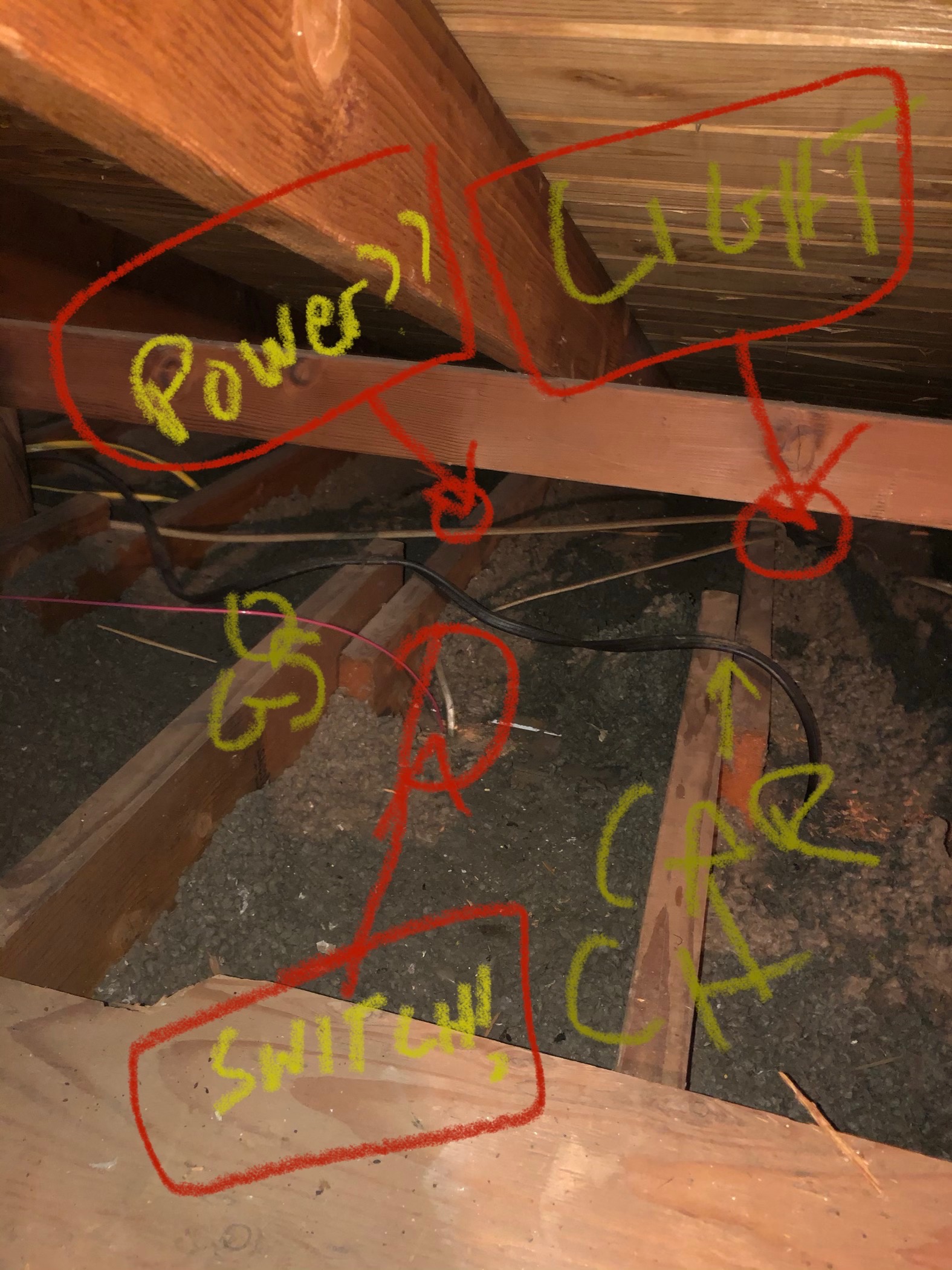 Standard "mud dauber" wasp nests ( in TX). Theold mineral wool thermal insulation has collapsed , pretty typical. It would be well worth getting a price of blowing in fiberglas or putting batts of fiberglas yourself.

It looks like a bee cocoon. Shut off the power, spray with some bug spray just in case any are alive and scrap it out with a screwdriver.

1
Rewiring light fixture and switch to bring neutral line to the switch: one 12/3 switch-leg vs two 12/2 wire to bring power to switch?