I have this fan installed. Here's the wiring diagram... 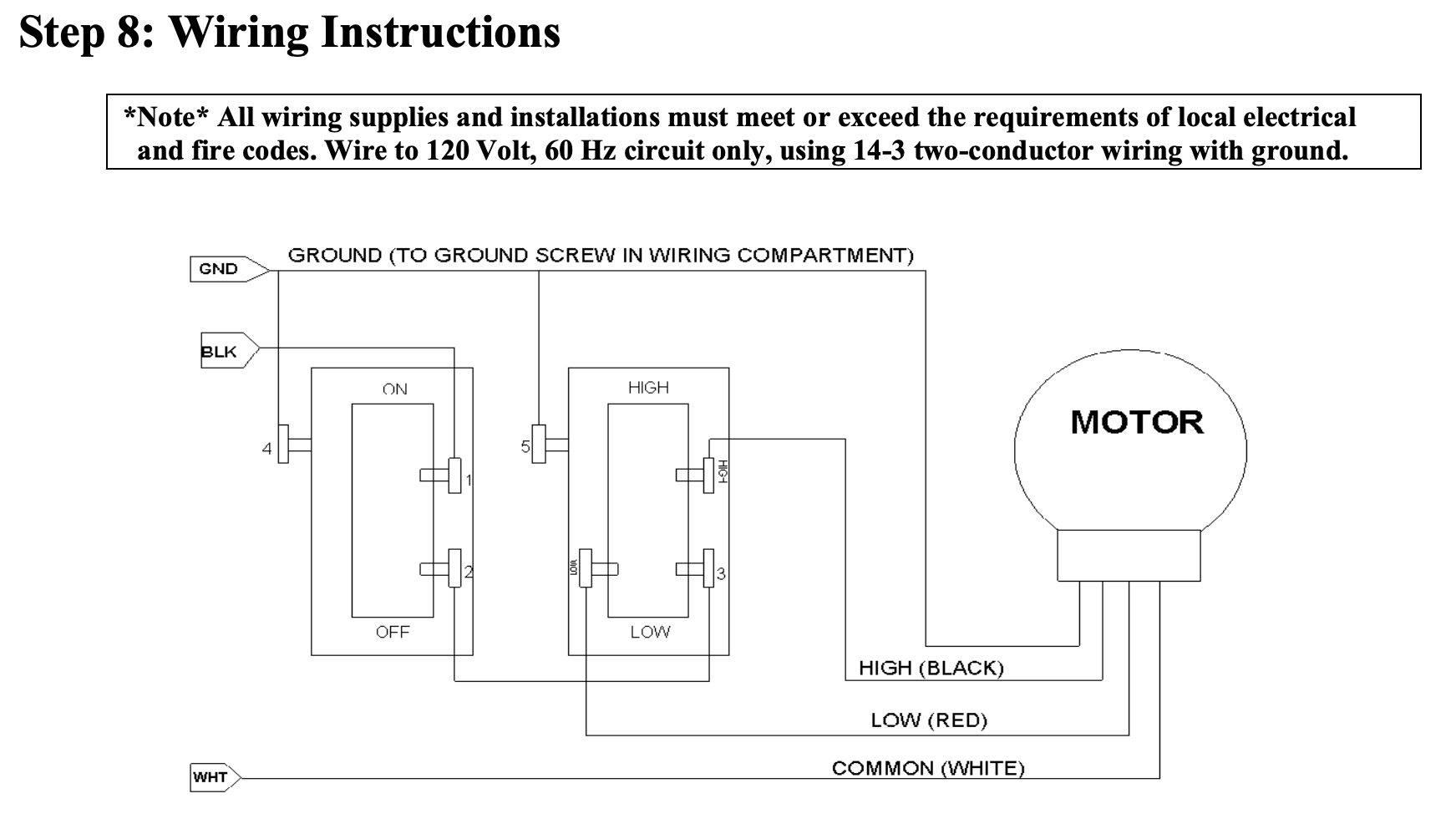 The fan has been running fine for about a month and all of a sudden it started acting like it has no power. I checked the voltage at the power source (a receptacle box for the other attic fan), at the switches on the wall and on the fan itself. I see 120v everywhere except at the fan. I only see 71 (low) to 92 (high) there.

I noticed one other really odd thing. When on low, the voltage is correct. When on high, the voltage at the 3-way high/low switch shows as 210V. I'm not sure how that's even possible on a 120V circuit? To get this reading, I'm checking from the neutral to the switch's "high" terminal.

I've checked and re-checked to ensure the wiring matches the diagram. Everything is 14AWG which is what the install instructions called for. And again, this has been working fine until a few days ago.

At this point I'm thinking the romex cable between the high/low switch and the fan might be fried. Never heard of that happening though.

Any ideas what's going on? 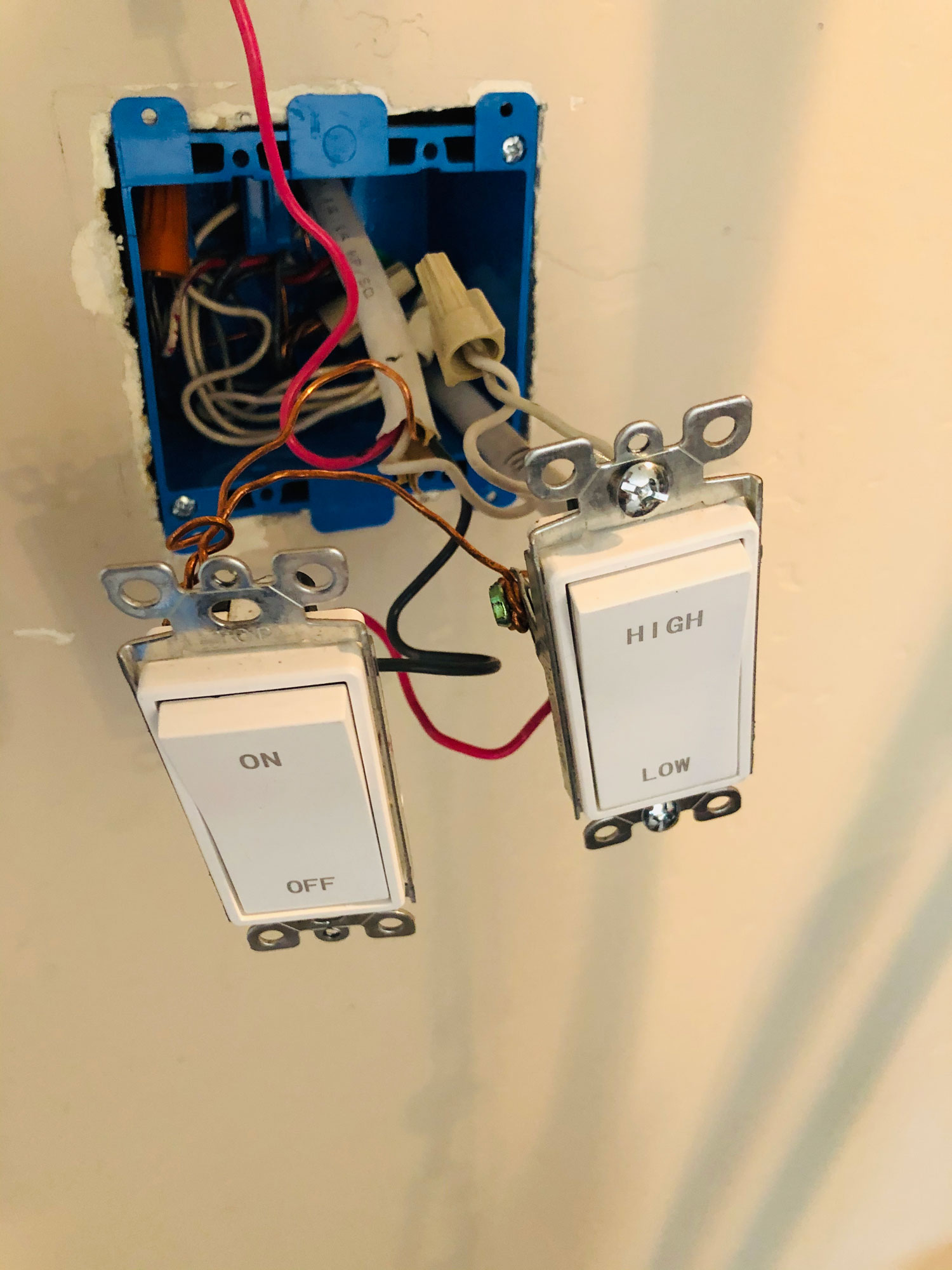 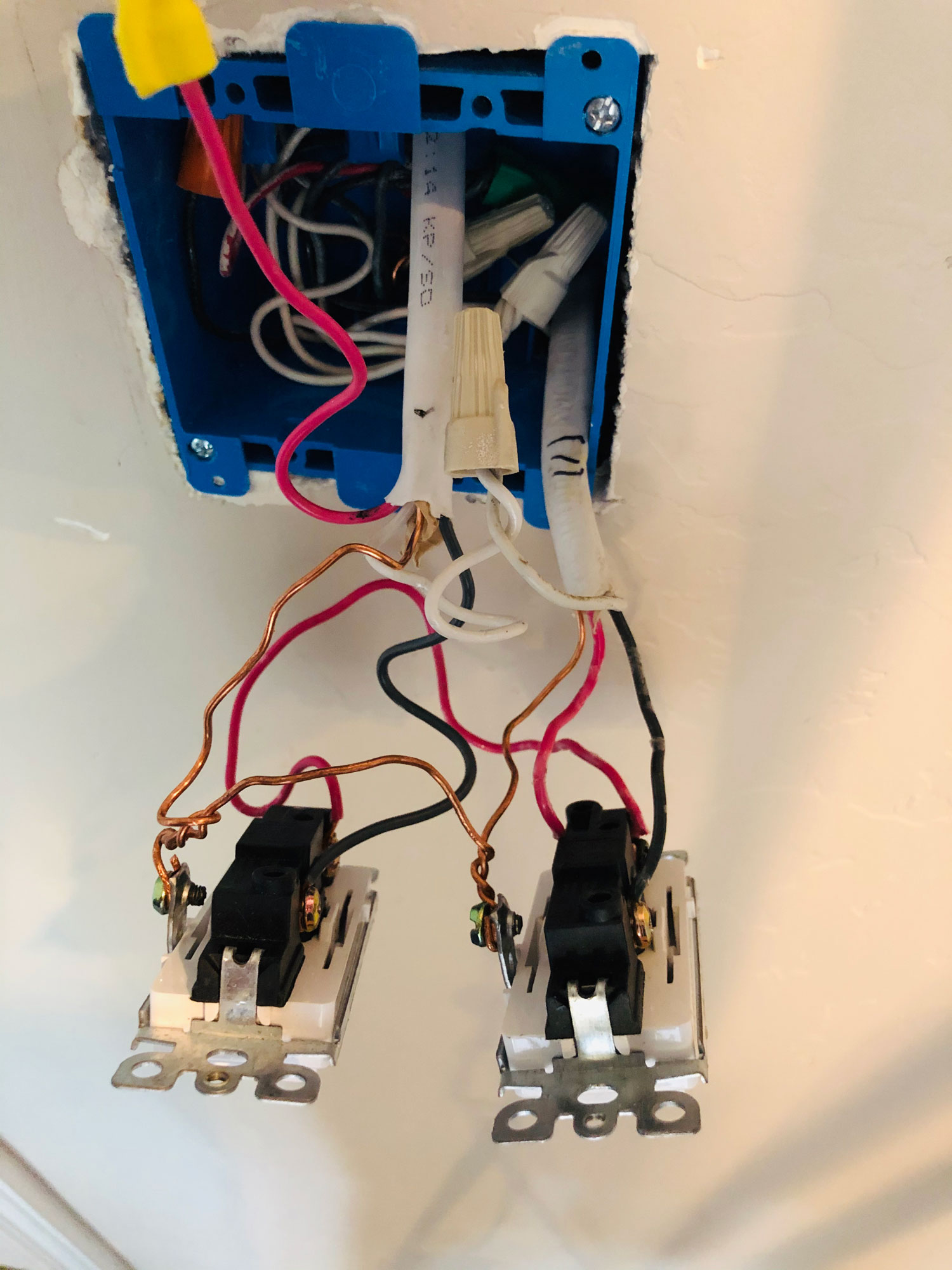 Note the extra red is not used on either end.

UDPATE 2: I checked the voltage at the fan again, only this time I disconnected the fan first. Now I'm showing 120V as expected on both high/low wires when the switch is set to them.

Barring any other ideas, I'm thinking the motor is partially burnt out. This would also explain why it worked for a while and then stopped working. 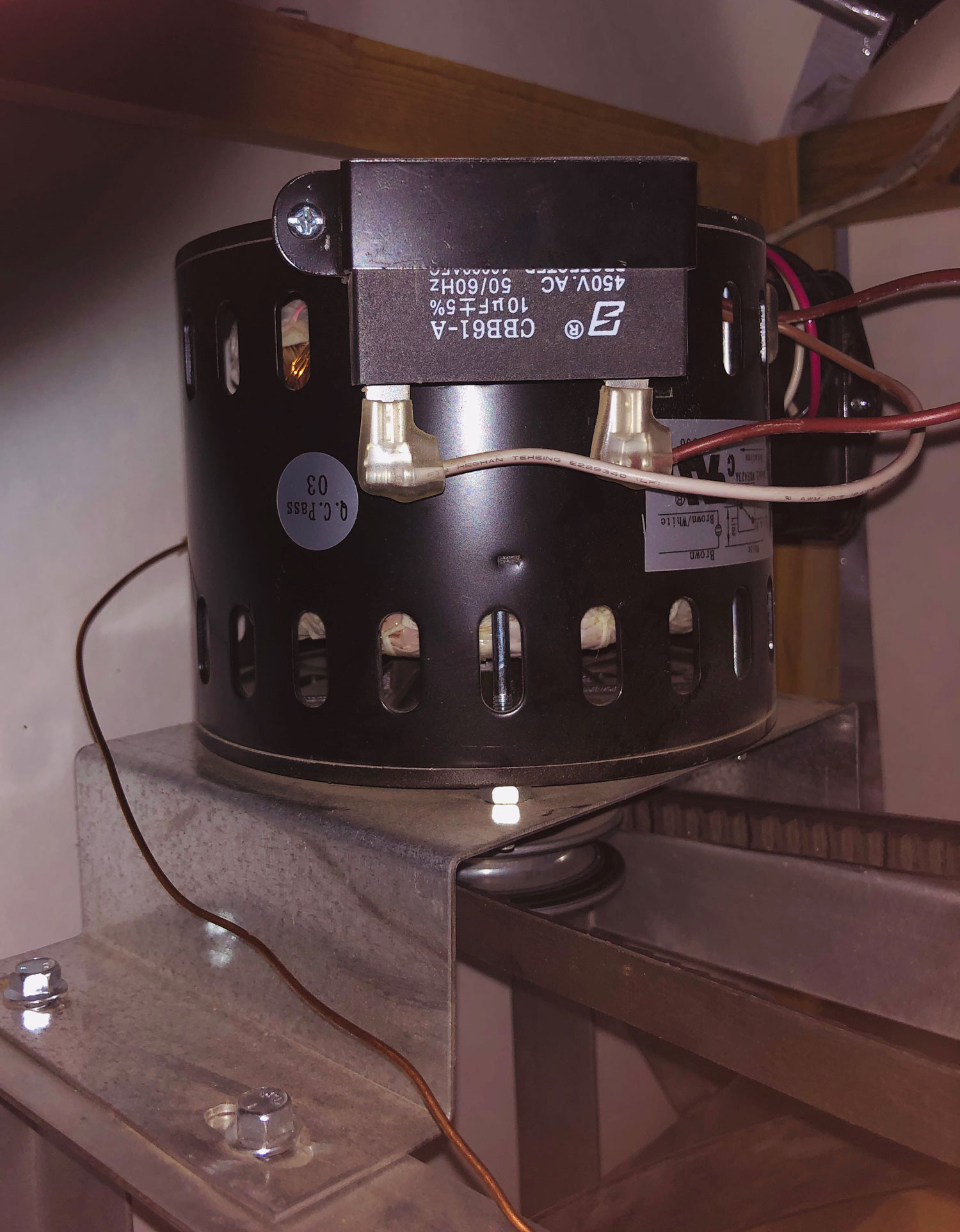 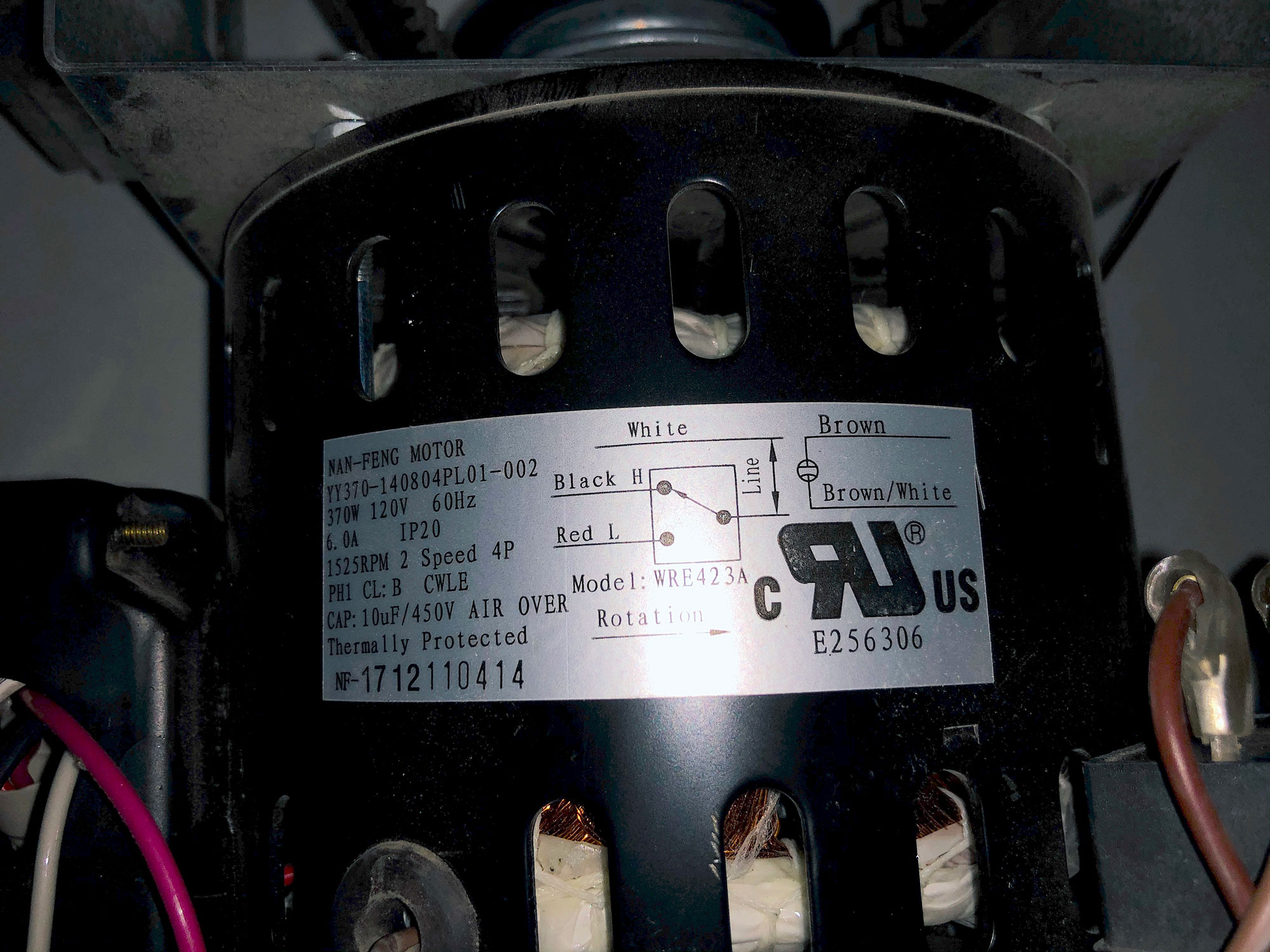 Also, it's wicked hot up there, but I read somewhere that this motor is supposed to have some kind of heat protection? Not sure if that's sales mumbo jumbo or not.

I also learned that there is suppose to be a 10 year warrantee on the fan. We'll see how Home Depot handles that because I'm not about to rip the entire thing out of my attic.

UPDATE 4 (PROBLEM RESOLVED): The 3-way (high/low) switch was definitely bad. Replacing it resolve all power issues but the fan still acted like it had low power. The blades were barely spinning.

Ventamatic was willing to honor their 10-year warranty - but after pulling the motor down, I discovered that the hex screw on the belt wheel was loose (see added pic below). This screw was impossible to see or adjust without pulling the motor out into the open. The wheel was tight enough that it didn't fall off when the motor was removed, but it was loose enough that it was slipping on and off when under pressure. Thus the blades were barely moving. 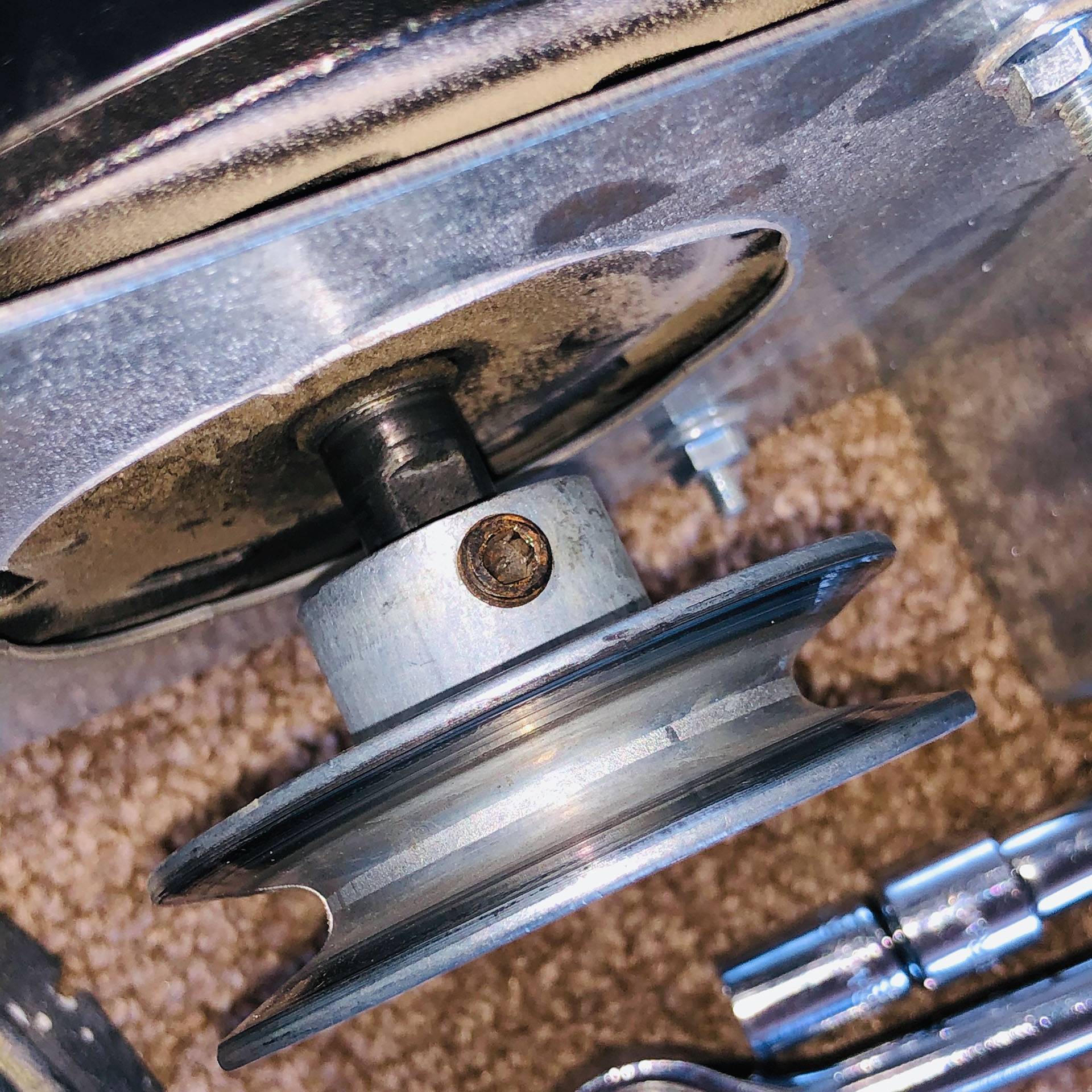 SUMMARY: The fan worked great for a while. At some point, the belt wheel became loose and around the same time the 3-way (High/Low) switch started failing. Because both things went wrong at the same time it was difficult to nail down the source of the problem. Hopefully, this update will be helpful to someone else who gets the joy of trouble-shooting one of these fans!

To me it sounds like your switch is failing or arcing and not providing power under load.

Can you spin the fan? It should not be hard to spin Just verify prior to the next step.

Turn the breaker off

I would pull your high & low connections from the switch and insulate 1 take the other directly to the power on the first switch . Turn the breaker on if the fan spins up get motor rated single pole single throw and single pole double throw switches.

See UPDATE 4 and the added SUMMARY. Everything is running great now!

Thanks again for all the ideas and help y'all! Much appreciated!

Not the answer you're looking for? Browse other questions tagged electrical exhaust-fan fans or ask your own question.