Can I use plumbers silicone grease as a substitute for silicone dielectric grease? They both appear to contain dimethypolysiloxane and silicone dioxide.

Is this the same product given different application names, one for plumbing, one for waterproofing electrical connections? 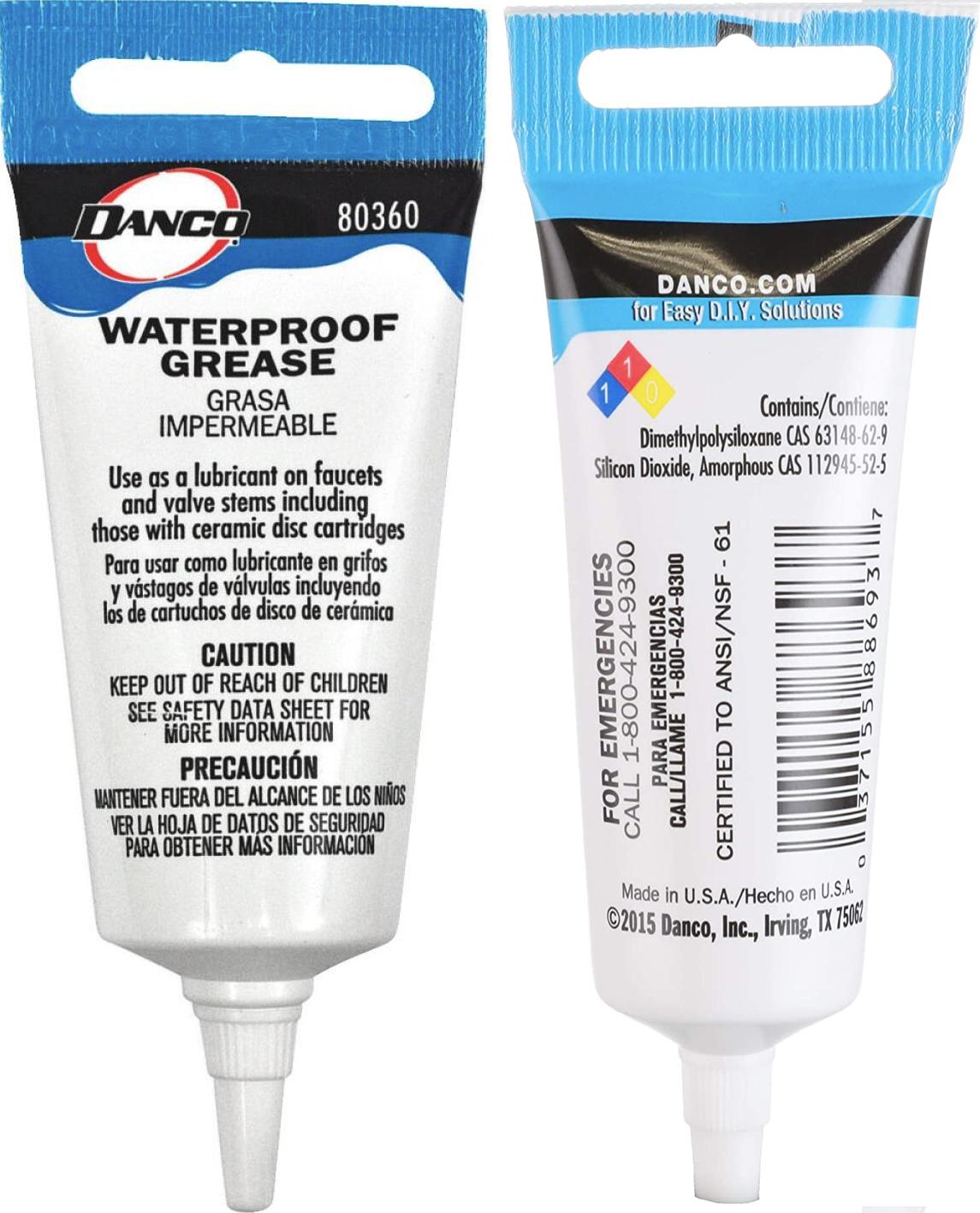 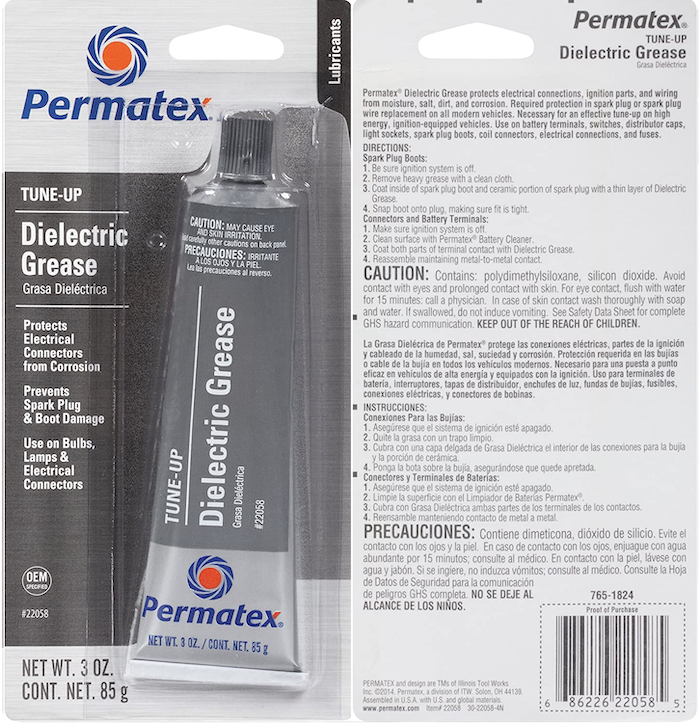 The plumbers grease is food grade, so maybe that's the distinction

The DANCO Waterproof Grease is designed for use as a lubricant for faucets and valve stems. It is NSF 61 approved and meets or exceeds the requirements of FDA regulation 21. This grease works well in temperatures between 0 - 400 degrees Fahrenheit.

And looking into NSF 61

If you manufacture, sell or distribute water treatment or distribution products in North America, your products are required to comply with NSF/ANSI/CAN 61: Drinking Water System Components – Health Effects by most governmental agencies that regulate drinking water supplies

Given the above it's probably not a good idea to use dielectric grease where plumbers grease is called for, but going the other-way I'm curious if its suitable.

If in a car or boat it’s probably fine but residential electrical anything you use needs to be listed. On my boat I fill but splices with RTV (silicone for mst people) this keeps the salt air out of the splice and they last as long as the wire vs nothing in the connection and they are corroded in 2-3 years.

The wikipedia page makes some connections for us

Silicone greases are electrically insulating and are often applied to electrical connectors, particularly those containing rubber gaskets, as a means of sealing and protecting the connector. In this context they are often referred to as dielectric grease.

Special versions of silicone grease are also used widely by the plumbing industry in faucets and seals, as well as in dental equipment. These special versions are formulated using components not known to be an ingestion hazard.

One of the references on the wikipedia article states

Dielectric grease's base is usually silicone grease, which makes it waterproof and an effective barrier against moisture and salt precipitate.

3M seems to make a product called Silicone Paste, which is subtitled dielectric grease. They seem to emphasize the silicone aspect of it by listing 100% silicone lubricant, and later on in the applications section listing Dielectric grease for electronic equipment,...

That does seem to suggest an application oriented nature to dielectric grease, basically grease used for its dielectric properties.

I would guess the key word here is “dielectric” which would imply high voltage flashover and other undesirable electric phenomena could come into play. This would probably not matter greatly in automotive wiring but could be problematic with house wiring, 120v and up. Going the other way, plumbers’ grease would have to meet health requirements due to the involvement of drinking water. So, no, I’d not recommend interchanging the two except maybe in the direst of situations. G

Not the answer you're looking for? Browse other questions tagged waterproofing silicone seal or ask your own question.

2
Will canola oil have any adverse effects on silicone?
1
Silicone Grease
1
Can dielectric grease be used in coax connections?
1
Would applying silicone grease to an EPDM seal/gasket be helpful or hurtful?
1
Spreading silicone caulk thin?
0
How to keep neutral silicone?
1
Mend a Silicone lump
0
Problems removing silicone from brick