I have been in our new house less than 1 year. Yesterday we had a a prolong power outage so I decided to test the generator I got for hurricane season to the house existing generator inlet. I turned off main line breaker engaged interlock to isolate back feed breaker.

I turned generator while generator breaker and all other breakers are off I connected the 240/120 50 AMP cord to the outside inlet all good. I turn on AC breaker on generator all good. When I get the to house main panel and attempt to turn on the panels back feed 50 AMP breaker the AC breaker on the generator trips off.

House has the following:

Any ideas? At first I thought it was the generator but this generator has a floating neutral. I am not sure if there is a fault somewhere or the breaker may not be appropriate for the generator. 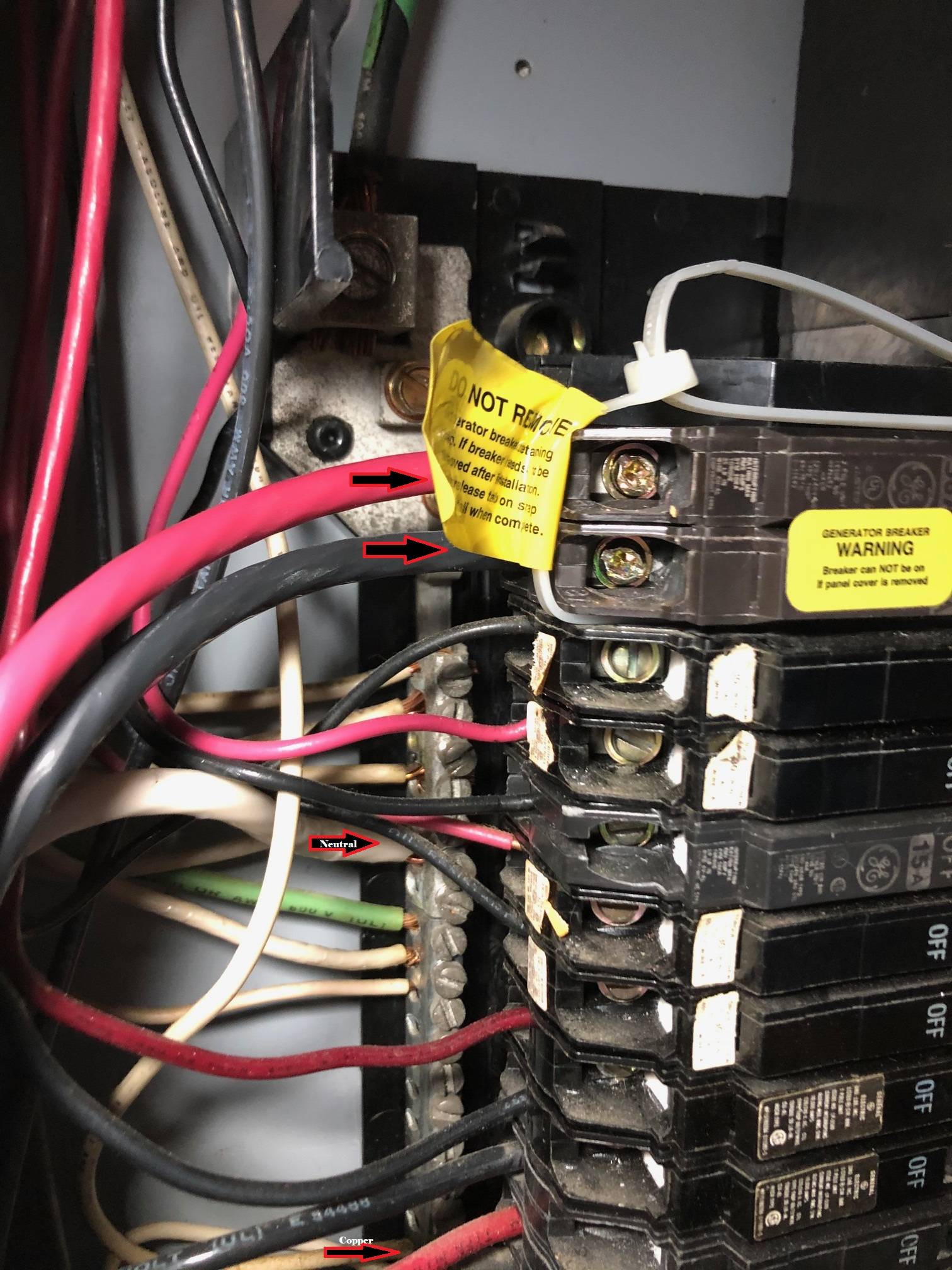 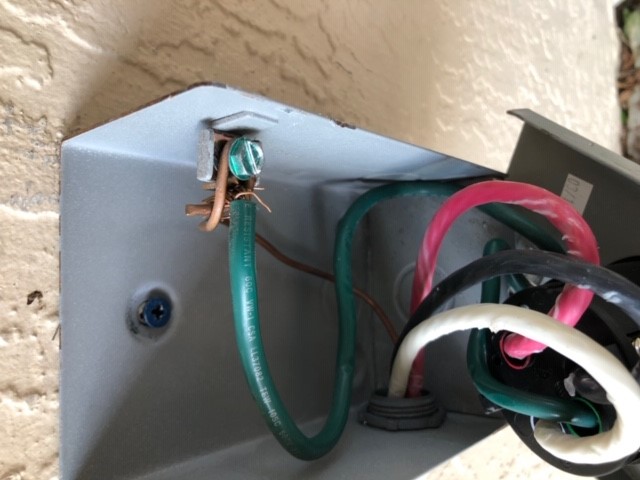 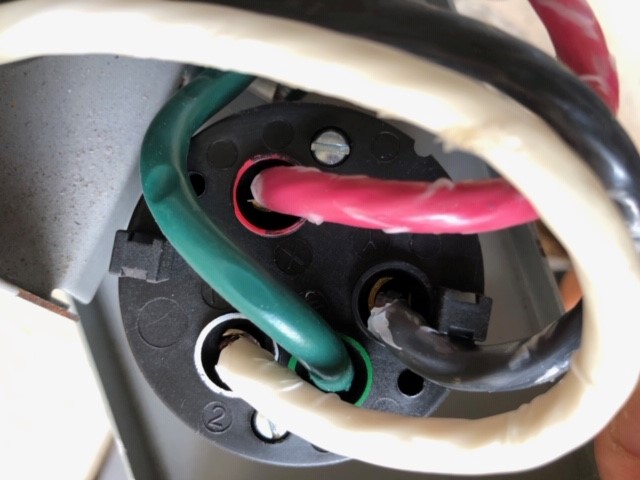 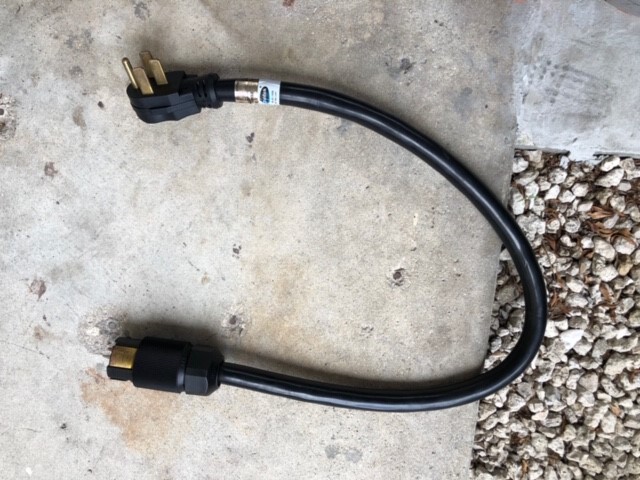 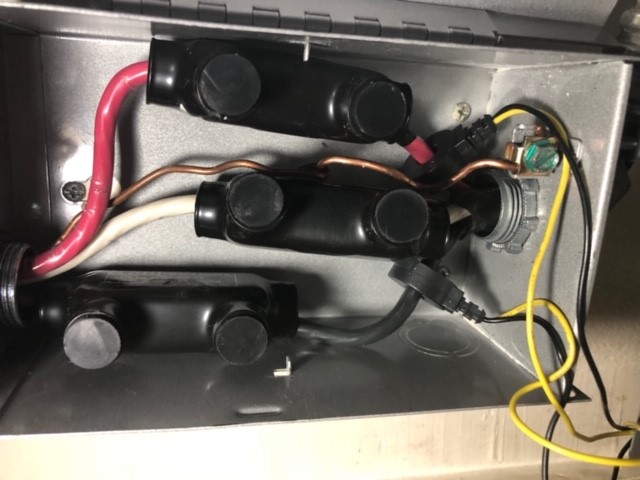 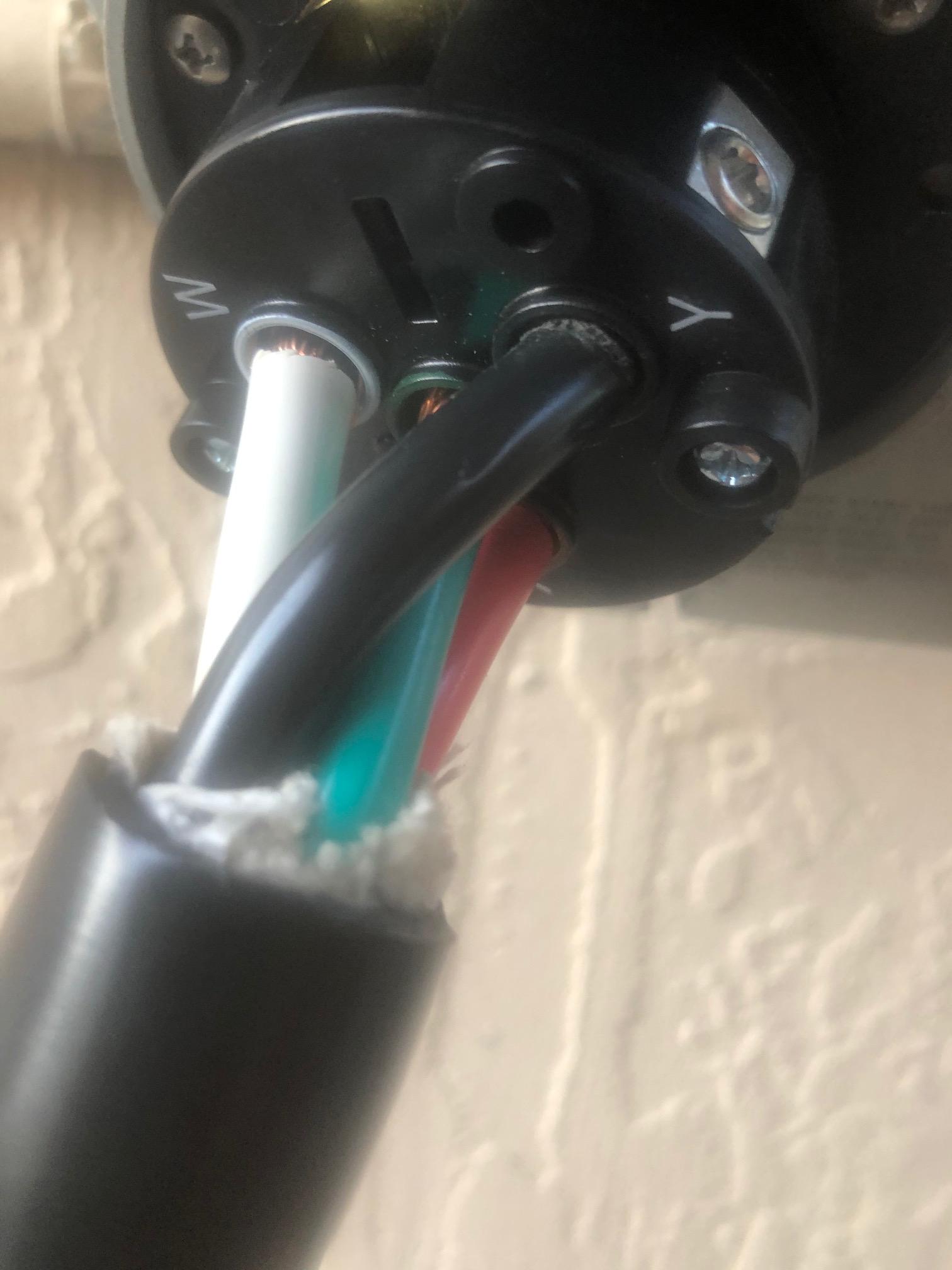 Panel with back feed breaker removed: 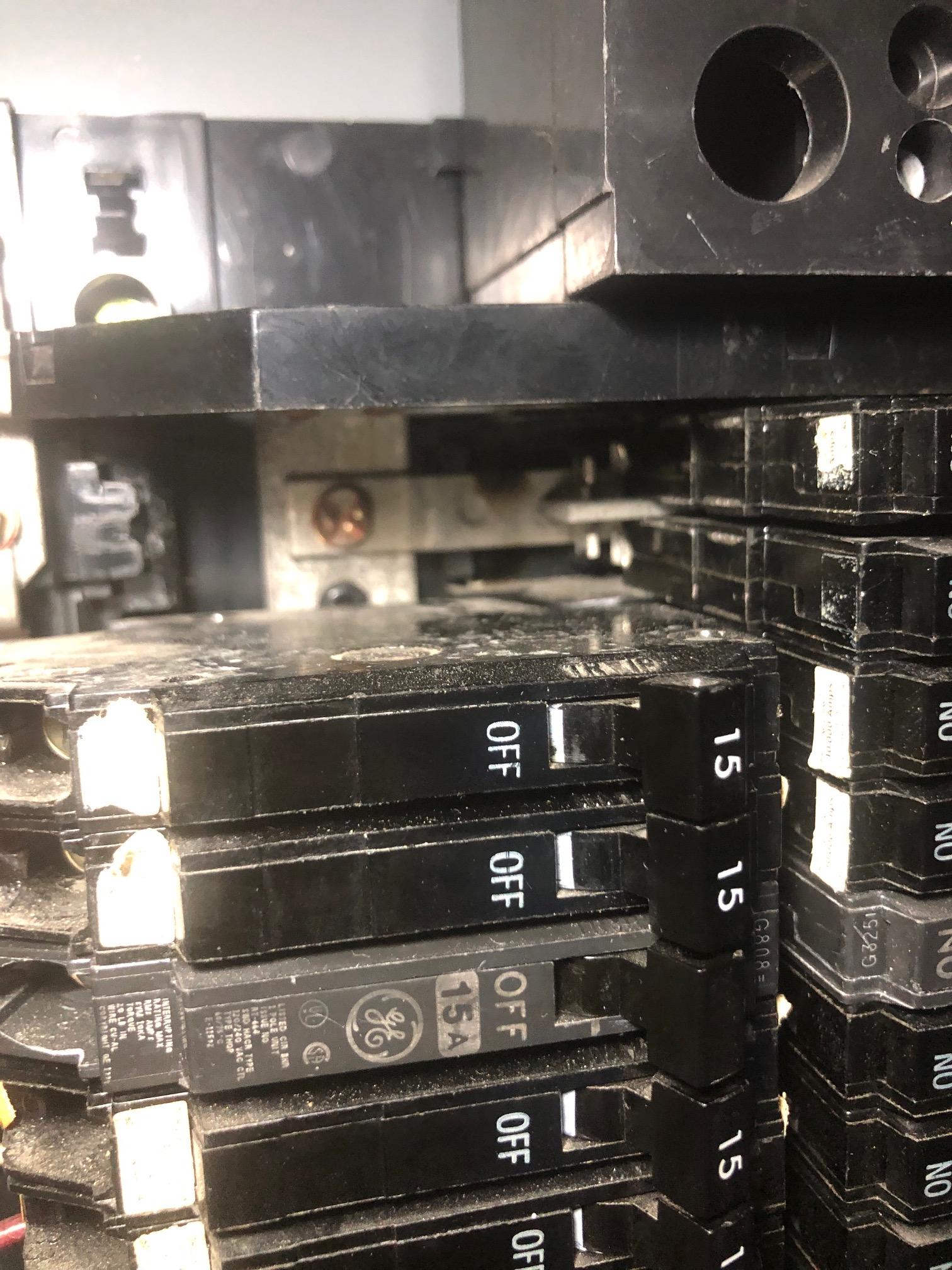 Found it! It’s the breaker.

It’s in the wrong place, because somebody really worked to defeat the keying meant to force it into the right place.

This is going to take a little explaining, though.

Note your interlocked breaker. Normal 2-pole breakers are two complete breaker spaces wide. Each row of spaces has the opposite pole of power in it, so being 2 spaces wide means it is able to grab both poles, for 240V.

Q-line does a fairly unique trick

Your GE Q-line breaker is 1” wide. At first glance, it looks like a duplex, but it’s not. GE uses a totally unique scheme (well, shared with Crouse-Hinds and FPE) where they don’t force you to get balky quadplex breakers, they sell actual half-width breakers. The 1-pole breakers are 1/2” wide and occupy half a space.

This means that GE 2-pole breakers must straddle two spaces. It can never occupy a whole space, since then, it could only access one pole. And in fact, the breakers and buses are keyed to make this sort of mis-positioning impossible.

And your breaker is in the wrong place.

Note how your generator interlock breaker is crowded up against the top edge of the panel. There is no half-space above it, as we know there must be. That means the entire breaker is in space 1 - both legs - and that means both legs are on the same pole, which means they are a dead short to each other. No wonder the gen breaker trips!

Since the breaker is keyed to be unable to go there, I bet if you pull the breaker, you will find someone used a Dremel or Skil Saw to cut a notch on the breaker, to let it slide over the bus stab. Or just hammered it into place and it fits poorly.

That’s because whoever installed it, realized their interlock kit was made for full-size 2-space breakers only, and would not work with this double-stuff. They were under time pressure to get a signoff and a check, so they horked it just like this, and had no idea how badly they screwed it up.

There’s another possibility: the generator crew might’ve Done The Right Thing, and then somebody else came along to add a circuit, and went “Oh hey, I can double-stuff this generator interlock breaker...”

You can try placing the breaker correctly - 1/2 of a space downward; merely swap it with the 1-pole half-space breaker directly beneath it. However, I suspect the design of the interlock won’t play nice with that 2-pole double-stuff, even if it was placed correctly. So I think your only option is to install the “classic” full-size 2-pole breaker, such as this.

That will displace 2 double-stuffs; they will simply have to go somewhere else. If you’re crunched for space, it’s subpanel time. You should never tolerate being out of breaker panel spaces; because it causes a huge amount of problems in shortcuts, hacks and bad work. You should have maybe half your spaces unused.

It seems like you have a wiring problem. First try turning everything in your panel off!

Start your generator and turn it on to feed power to the panel.

Now with everything off, turn on your back feed breaker and see if the breaker on the generator trips.

If the breaker doesn’t trip, turn one breaker on at a time and verify that load is working.

My guess is you have overloaded the generator and it is tripping.

One of your hot conductors is swapped on the generator cord or inlet. If the generator trips when the back feed breaker is energized and all other breakers, a hot and neutral wire are reversed. It could be on the plug or the inlet. Just because it worked with another generator doesn’t say it was wired correctly beforehand.

You may have to leave a few things switched off in your panel. I turn the electric oven off and the pool, but other than that I can run the rest of my house on a 50 amp.

Not the answer you're looking for? Browse other questions tagged electrical electrical-panel circuit-breaker generator or ask your own question.