Sump pump only turns on when I open the lid - working ok?

I noticed some damp patches and mold in our basement recently after some heavy rain so I opened the sump pump lid. When I opened the lid, the water level was at a very high level: 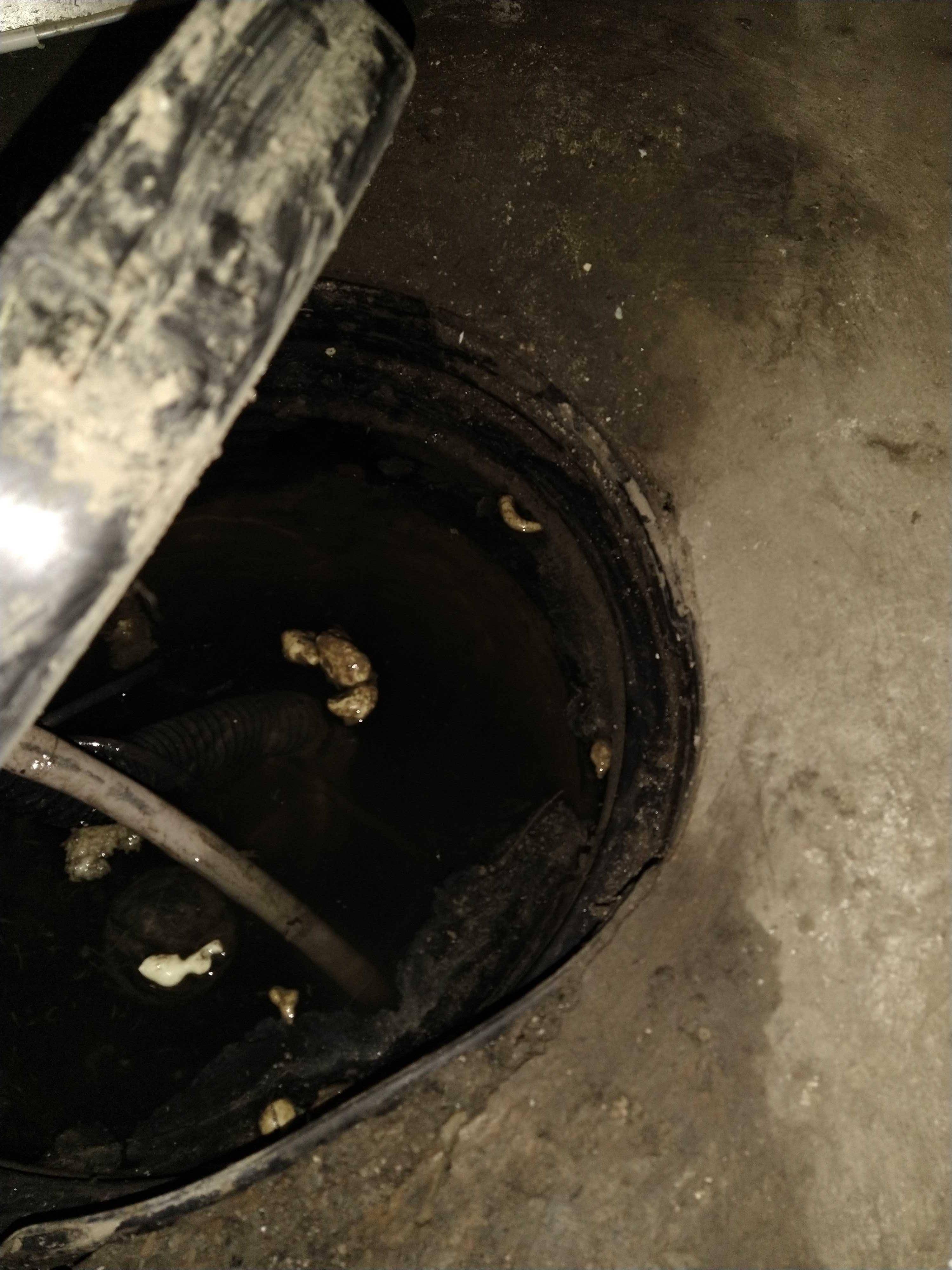 However, immediately after opening the lid, the pump turned on for about a minute and the water level dropped by about a foot and a half: 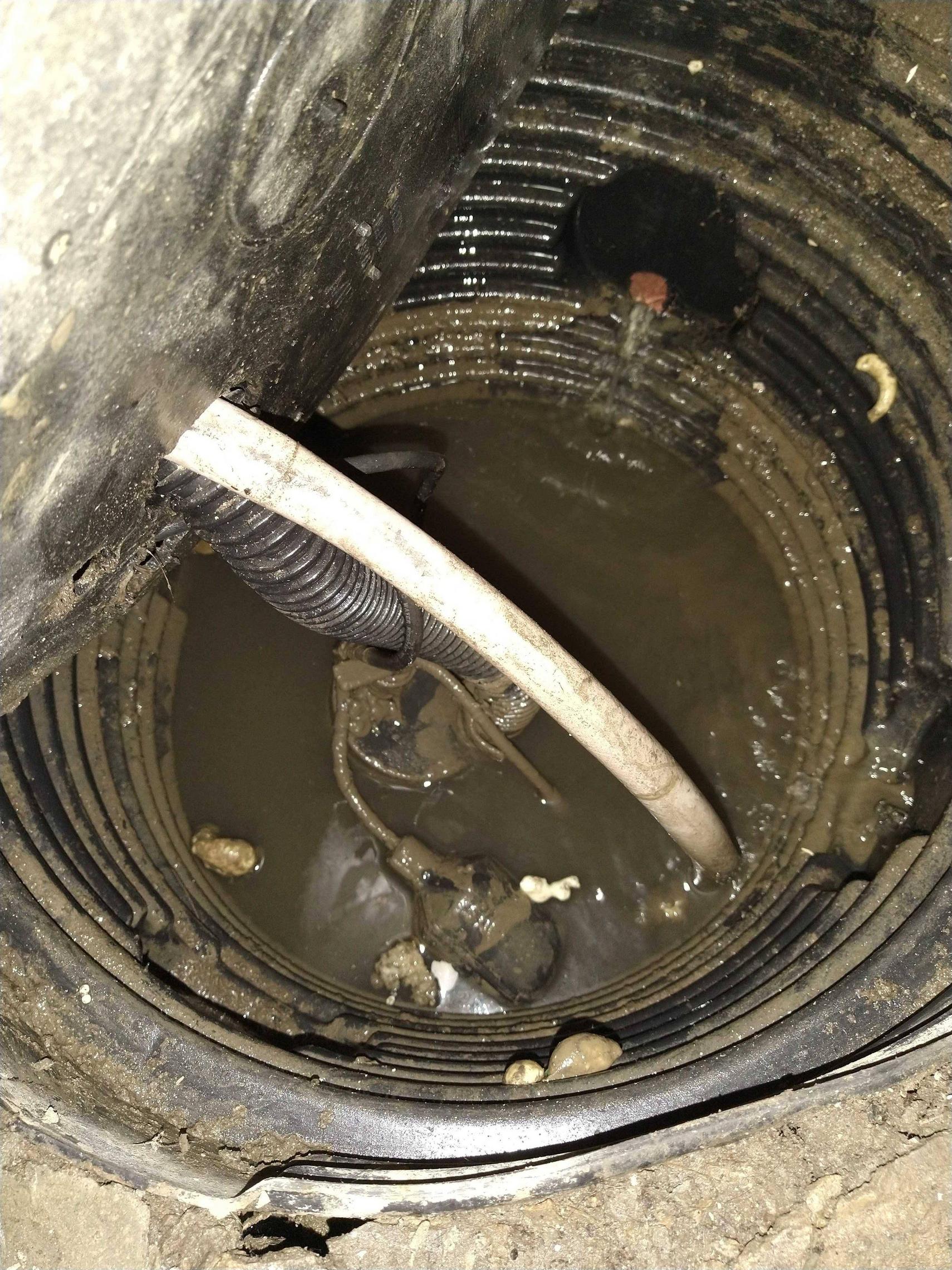 (The white pipe is the dehumidifier exhaust.)

I tried this a couple more times over the next day and the same thing happened. I asked two plumbers about this. The first said that the float on my sump pump is getting caught and only releases when I opens the lid. The second said the sump pump is working as it's supposed to and the float needs to be fully upside down before it turns on. They both said replacing the sump pump with a different model (both mentioned the Zoeller M57) would make it turn on at a lower water level. But the second cautioned this would mean the sump pump would run much more often.

It's likely that the flexible output hose is interfering with the pump float. When you close the lid the hose flexes into an S shape, laying on top of the float.

The best solution is to eliminate the flexible hose in that area and replace it with rigid pipe, but you can also secure the hose in such a way that it can't settle like that. Make sure the lid is installed with the hose to the opposite side of the pail from the float.

One thing I've done is to use a couple bricks in the bottom of the pail to maintain the pump's location. If it vibrates its way over to one side the float can get stuck that way as well. Put some bricks below the float area to prevent that.

Were that my home I'd get a garden hose down there and flush/scrub all that algae out of the pail and off the equipment. It can't be smelling too great. Flush the area until the water is clear, and remove any large debris that remains.

At the start of the dry months, when the groundwater is no longer flowing, lift the float and hold it until you hear the pump suck air. This will dramatically reduce future scuzz growth. You could also pour a small amount of chlorine bleach in there.

The pump is going to start and stop and move around until it finds a position where it can't restart. It gets to try over and over again, so even a one in one thousand chance of getting stuck is an eventual certainty. Thus obstacles must be eliminated. 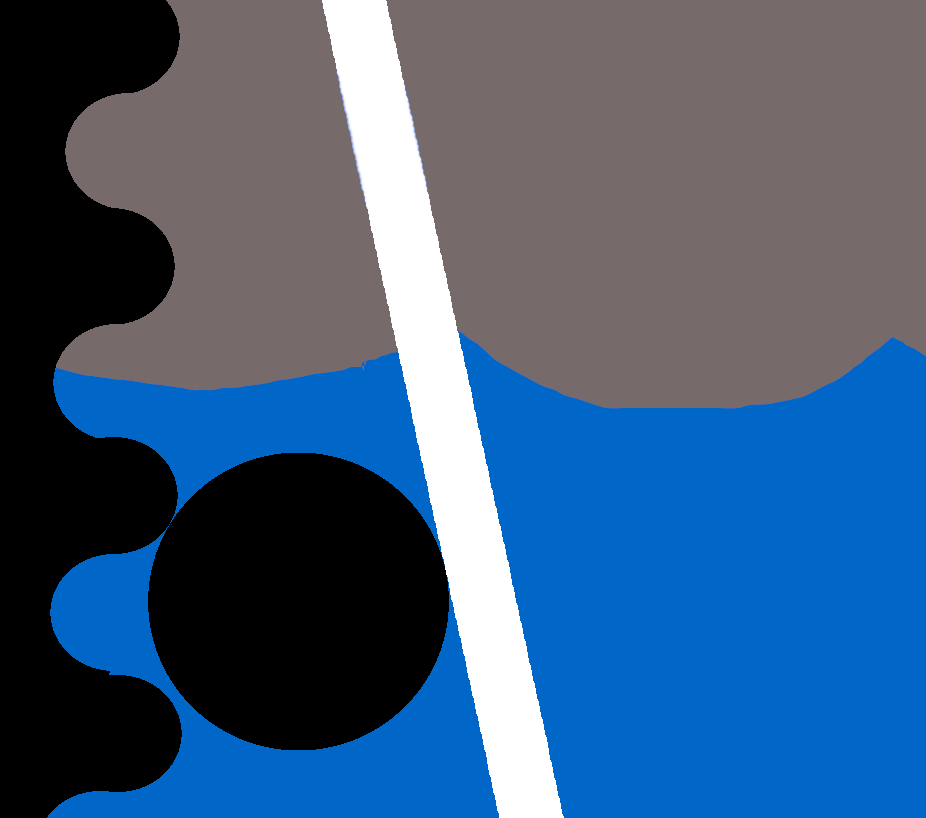 Replacing the output hose with a rigid or semi-rigid pipe will probably help too.

4
Should I use a float "piggy-back" sump pump switch?
3
How do I test the functionality of a sump pump?
1
Can I extend my sump pump outlet?
2
Why did my basement start flooding while replacing sump pump?
1
Sump Pump issues - both died and constant pit filling
2
Electric sump pump sometimes fails to engage / kick on
1
Sump Pump float above or below the French Drain level
1
Should my sump pump be running when the water level is below the pump?