What is this extra wire in my light fixture box?

House built in the early 70's. Yesterday, I had to unmount a few light fixtures in my hall. The three lights are all controlled (as a single group) by three different wall switches. The fixtures are newer vintage and the bases are very lightweight, so I left them hanging by their electrical leads connected to wire nuts. One of them was not well connected to the wire nuts, and the black leads pulled out. The white ones remained connected and supported the weight.

When I went to connect the fixture and remount it, I noticed an extra black wire coming from the box. I assumed it went with the other black fixture leads in the wire nut. I had the breaker switched off so I was surprised to get a zap from one of the mounting screws when trying to work with the wires. I also noticed that when the "extra" black wire was connected to the fixture, the light bulb flickered dimly. I moved the extra wire aside and connected the light fixture to the other black lead (the one still in the wire nut). Flipped the breaker on and all the lights works fine. After that, I noticed another wire nut and bundle of black wires up in the box (picture below). Can anyone tell me if the extra wire belongs there? I really appreciate any help anyone can provide. 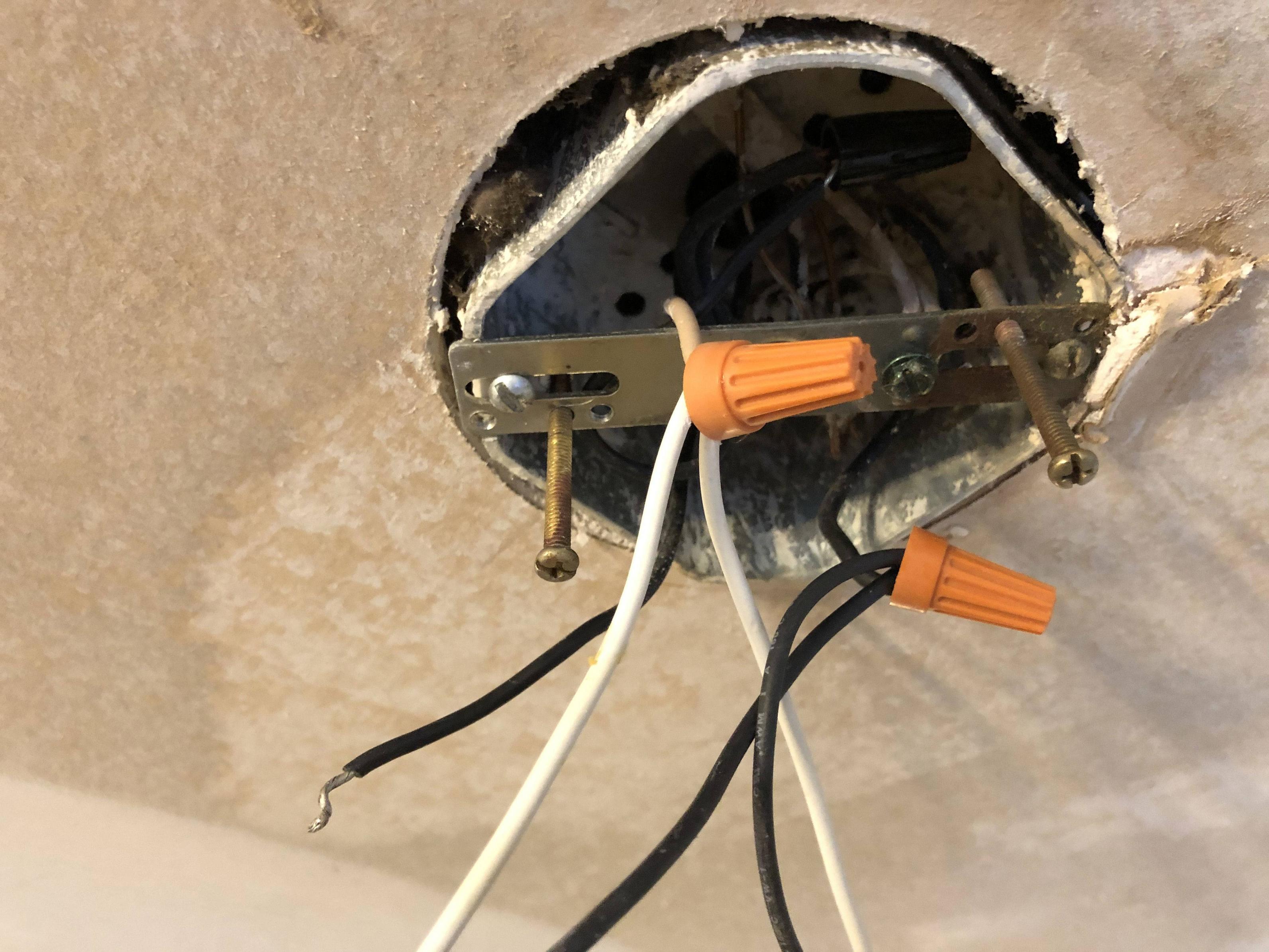 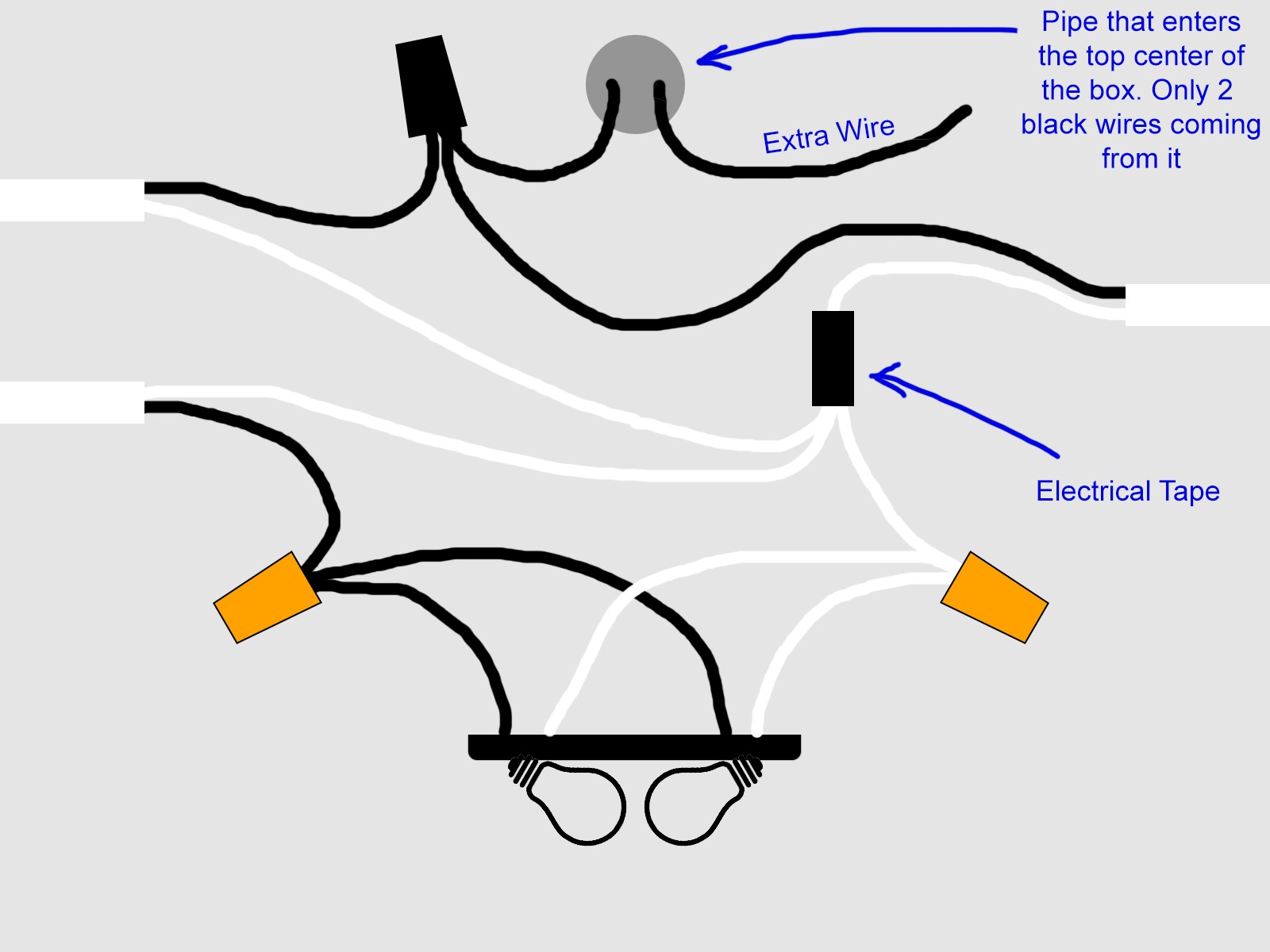 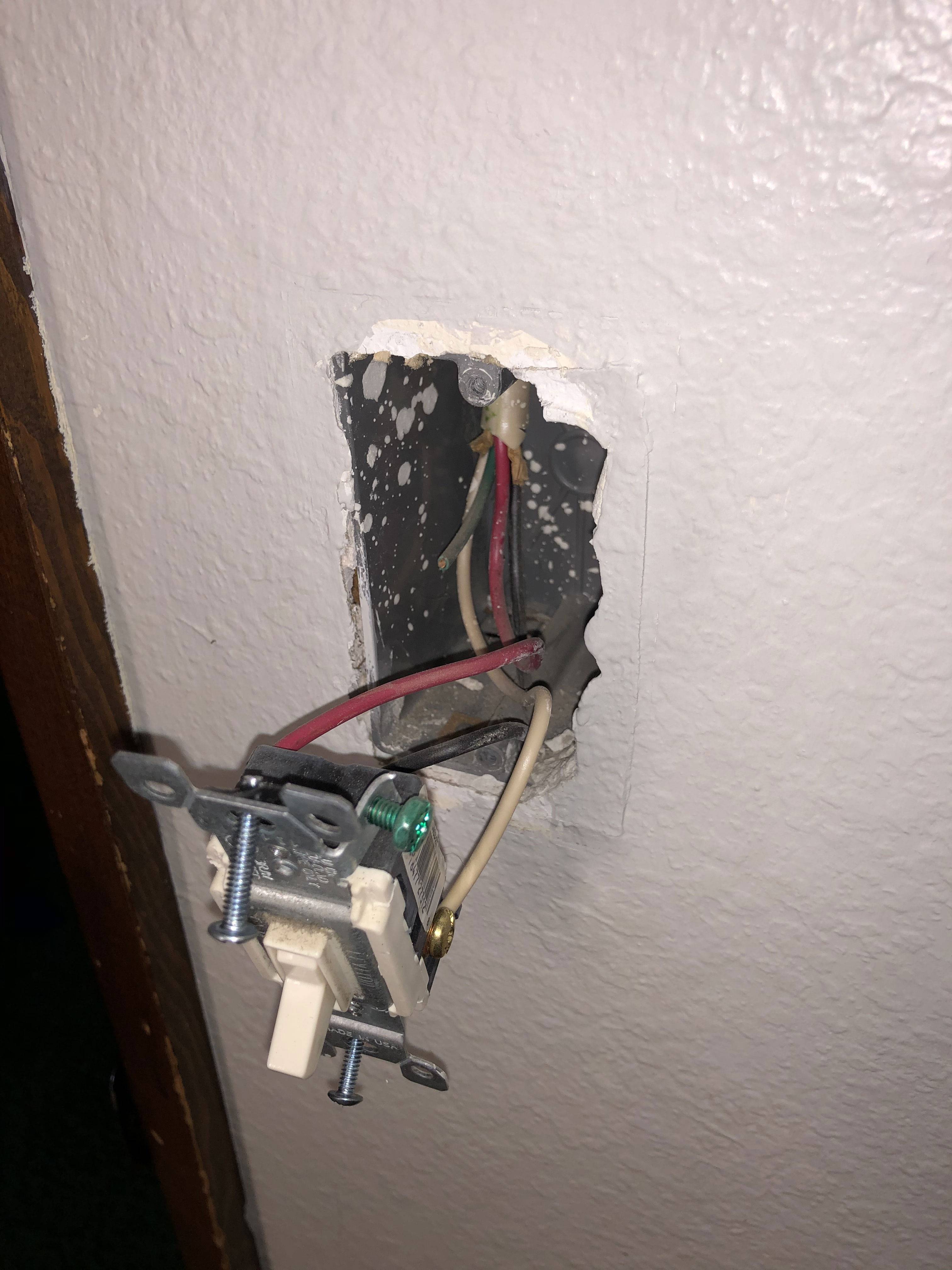 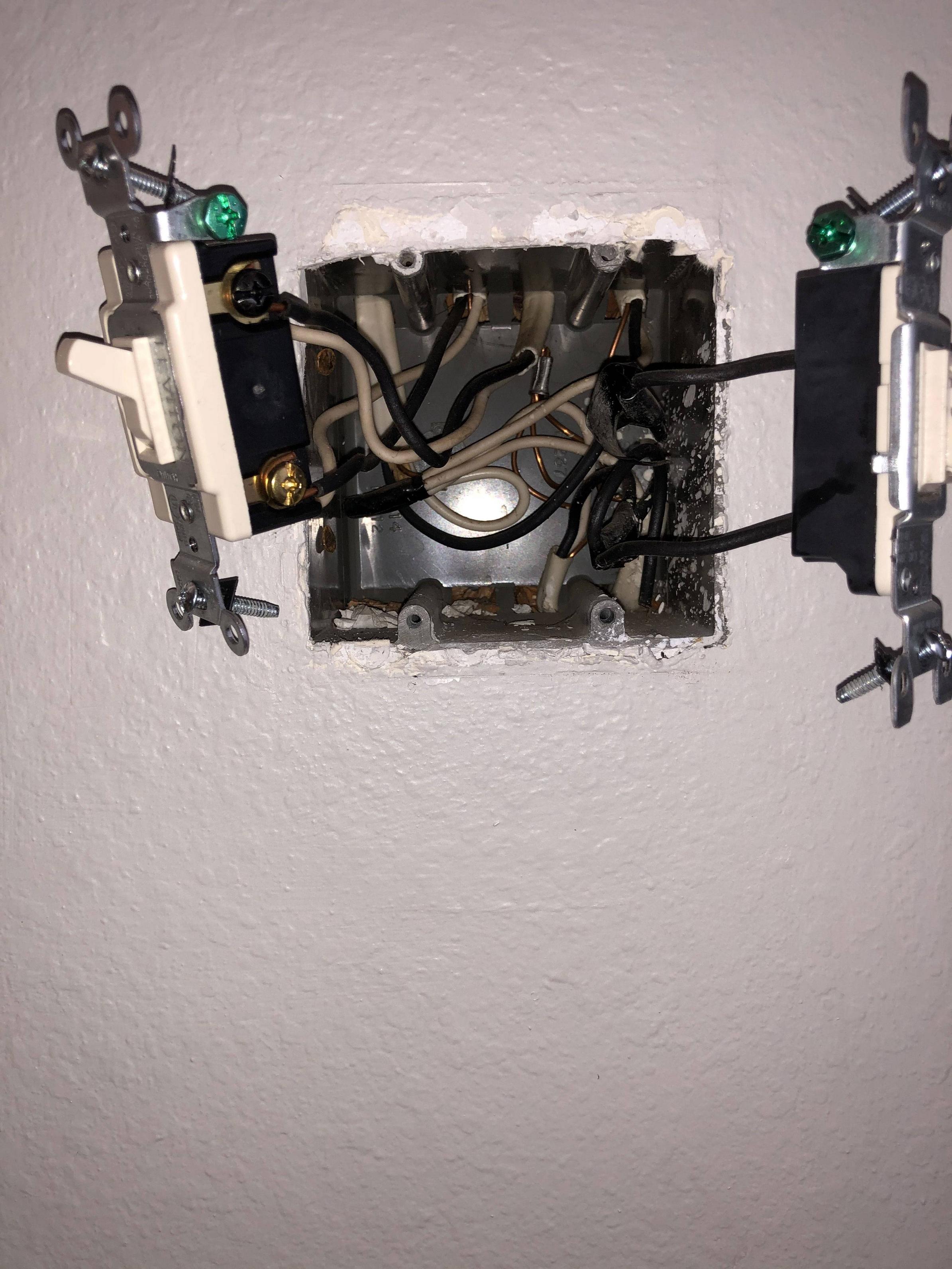 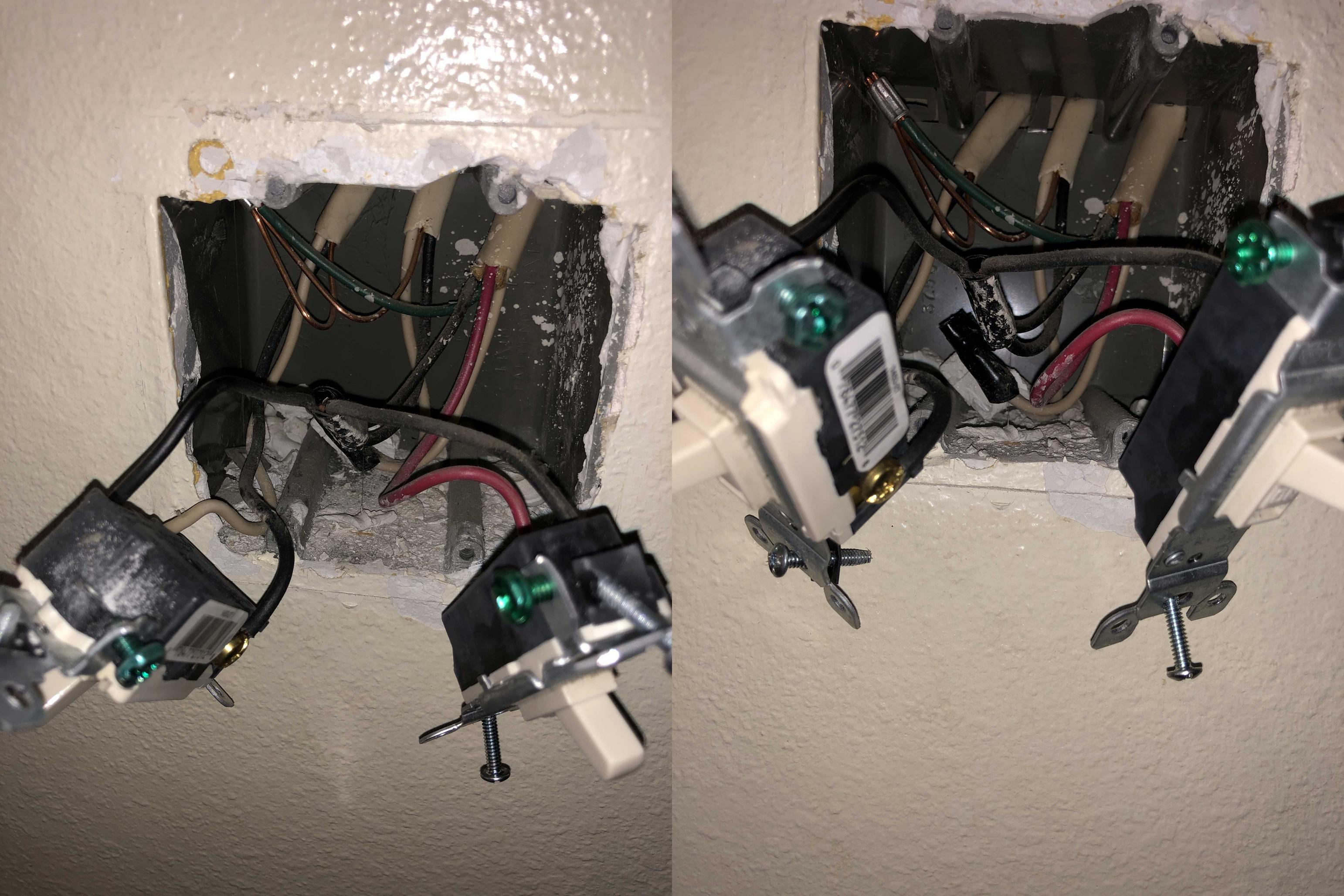 I wanted to follow up with the correct answer for anyone who might find this thread in the future. We're in the middle of a kitchen/dining remodel, so I waited until the electricians were here for their rough-in and asked them about this hall fixture. One little detail I forgot to mention regarding the two wires from the pipe: The pipe is "filled" with some kind of black solid or foam. Turns out the two wires from the pipe should have been twisted together, but there was no wire nut for them, and they were not making a good connection. This made our DOORBELL not work. It has not worked for the 7 years we've lived at this house. Directly above the ceiling box (in the attic) was the transformer for the doorbell. I've looked for it a bit in the past so I could repair/replace it, but was never able to find it. Also, the electrician noted that the hall light circuit was sharing a neutral with a kitchen circuit. They said that was not ideal, and fixed it.