Can I remove this post on the lower floor of a two-storey home?

In the living area of my house is this decorative rail and post. 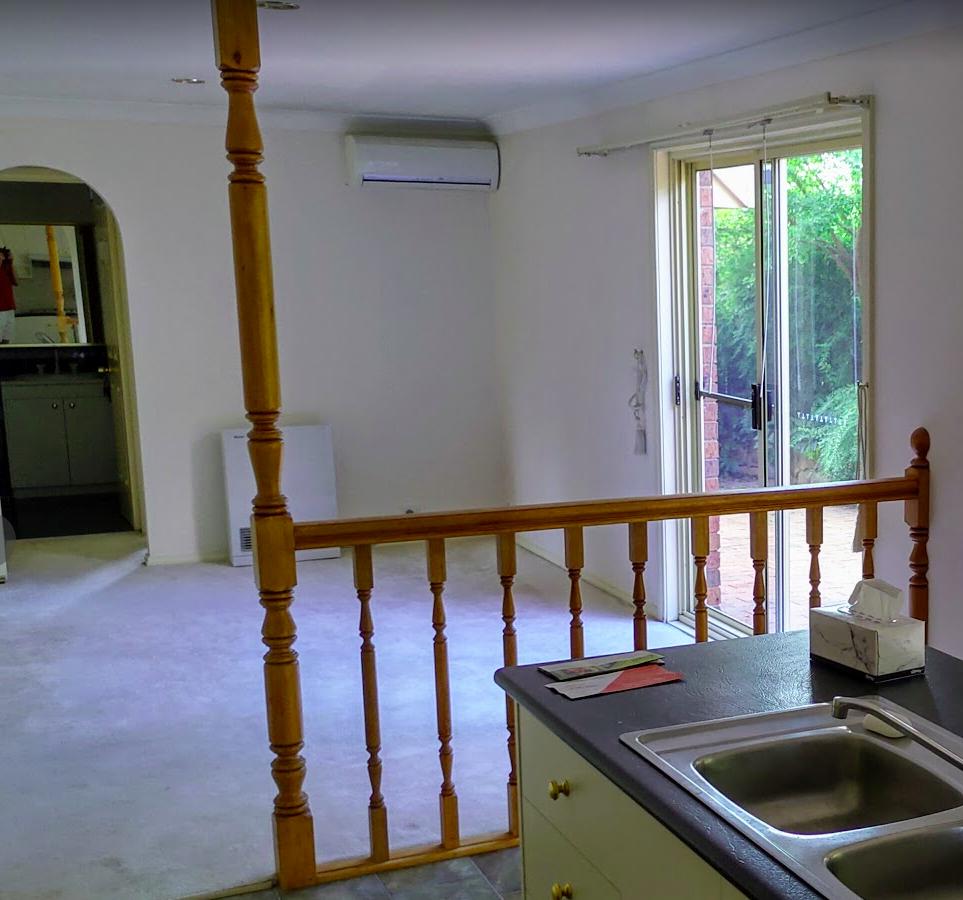 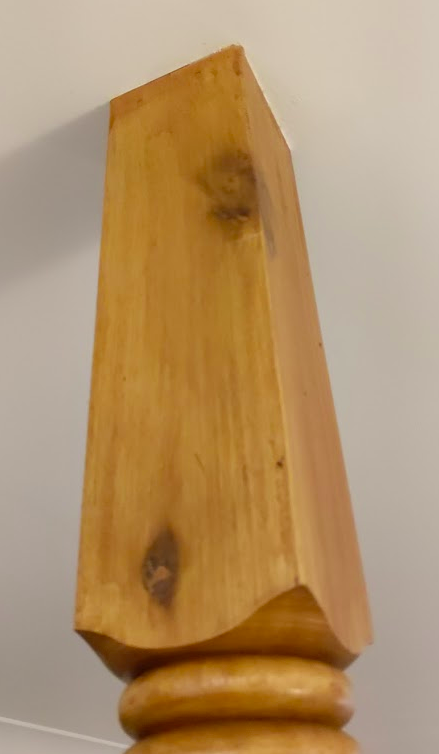 I want to remove them. While I suspect such a narrow, solitary post would not be made to bear a load, I am not a builder so I still feel I should verify my suspicion before removing it.

If the answer is just "ask a local professional", yes, I will do that too, however I'm still always interested to see what the internet has to say about stuff. If I'm lucky, some builders will respond, and that may leave me better informed for when I do go looking to pay a local professional for advice.

Some details of the home:

I have contacted the firm that designed (but did not build) the home, and they were unable to answer my question as they claim to no longer have engineering drawings for this model of home.

I however do have some plans, and here you can see the rail and post in question. 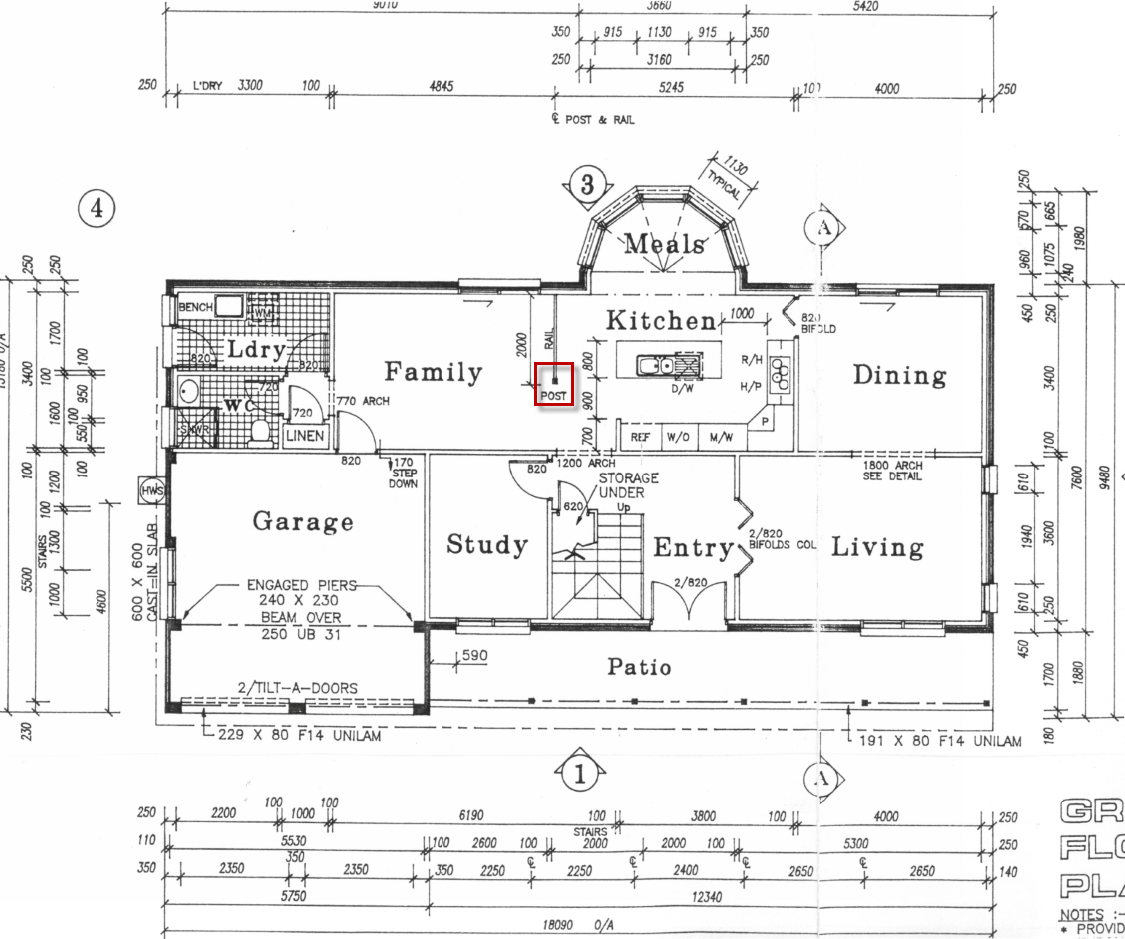 That's not a structural component, at least not under normal building standards. But just to be sure, check underneath in the basement or crawlspace. Is there a support below it? If so, then it's carrying some load. If not, you're good to remove it.

Check in the attic above it. Is there anything being supported? Chance are good that the answer is no.

Check if that post is against the drywall or if the drywall is around it. You might try using a thin strip of metal (you could use scissors to cut one from an old soda can). If you can slide the metal between the post and the ceiling drywall then this post was added after the drywall was installed and it is not structural.

If the post goes up through the drywall and connects directly to framing then it probably is structural as it would be tremendously uncommon to install turned posts before finishing drywall.

Since you don't have a crawlspace/basement below, or an attic directly above, you're going to have to do more investigating to figure out which way your joists run.

The easiest way is to cut the drywall back to the ceiling joists so you can attach the patch to the joists above. (There are other methods, but this is the easiest, IMHO).

Buy yourself a drywall (or jab) saw like this: 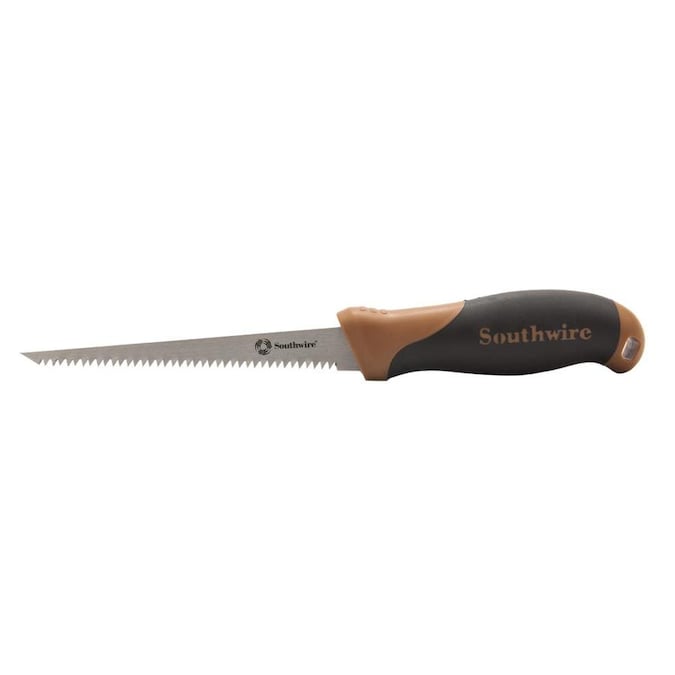 Image supplied by Lowes.com, no endorsement of the vendor or the brand intended or implied

Before starting this operation, be sure to read the cautionary foot note!

Punch it up into the ceiling near the post (use the base of your hand or a hammer) and start cutting*. I'd recommend cutting in the Family-Room-to-Kitchen direction, as that's the direction I believe you will find floor joists above. If you go more than 8", stop, return to your starting point, and start cutting in the opposite direction. You should run into a floor joist in less than 6" going in this direction. Normal floor joists will be on 16" centers which leaves about 14-1/2" inches between them. You should run into a floor joist somewhere within that 14-1/2".

If, for some reason, you don't run into a joist, go back to your starting point and start cutting in the Back-yard-to-Front-yard direction. Again you should find a joist within 14-1/2".

If you still don't find a joist, it's possible that your floor joists are on 24" centers meaning that there is 22-1/2" between them. This is highly unlikely, but it's possible. Extend your cuts until you find that wood!

Now you know where your joists are. You will, most likely, find that the post is attached to the side of the joist above, though it could be directly under a joist. Again, since this is the only post, even if it's supporting some weight now, it's highly unlikely that it is structural, since it would only be supporting one single joist, not a whole series of them.

Using the same jab saw, punch up into the ceiling near the post. Cut a small square opening big enough for your cell phone to stick through. Once you've got the square cut out, turn on you phone's camera & flash (you'll most likely have to set it to video mode to turn the flash on and have it stay on). Stick your phone up into the ceiling and have a look around.

There are all sorts of things that could be located between the ceiling of the first floor and the floor of the second floor. There may be wiring, plumbing and HVAC duct work. You need to use caution when running a saw through that space. Hitting hard plumbing or duct work is unlikely to cause an significant damage to it.

However, hitting wiring, soft plumbing (like PEX) or soft HVAC (like flexible, insulated duct work) can cause damage to what you just hit and could kill you.

USE EXTREME CAUTION! Stop sawing at the slightest change in resistance or noise. Investigate what's caused this. Please don't kill yourself!

Not the answer you're looking for? Browse other questions tagged structural load-bearing demolition or ask your own question.

0
Should I move this support post in my basement?
0
Framing a window directly through a post in post-and-beam construction?
2
Can I build a car-port on the side of my garage?
1
Can I remove this wall?
3
What size beam should be used for a 15' patio cover span?
0
Is the full-height newel post for this oak railing structural?
2
Can I remove framing members forming a wall below a load bearing beam?
1
Temporarily relocating an electrical panel while rebuilding a room