How do I figure out if these walls are load-bearing?

My house is a bungalow built in 1917. There are pillars under a central beam in the basement supporting the first floor (marked in red in my little drawing.) There is nothing obvious supporting the roof in the attic.

I want to know if the two walls I've marked are load-bearing. They are over the basement pillars. They run parallel to the joists. It seems like my roof is not supported by the interior walls, but something must be holding the ceiling up. What would I look for in the attic to figure that out?

Edited to add: I am not going to tear down any walls DIY. I just want to learn how things work as much as I can before I get into planning. 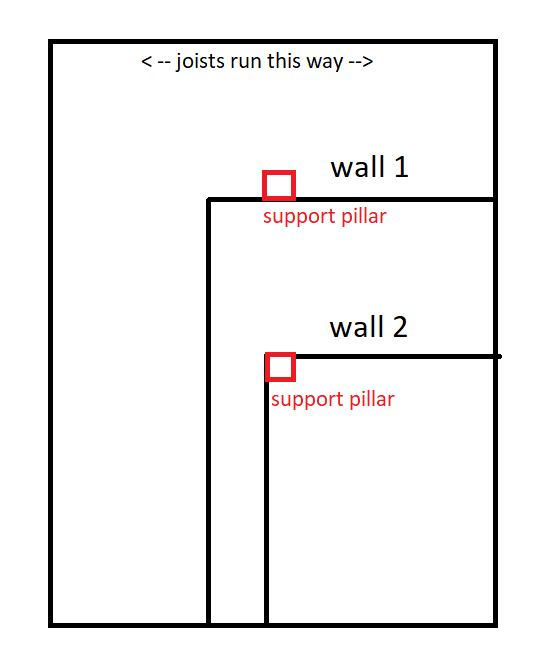 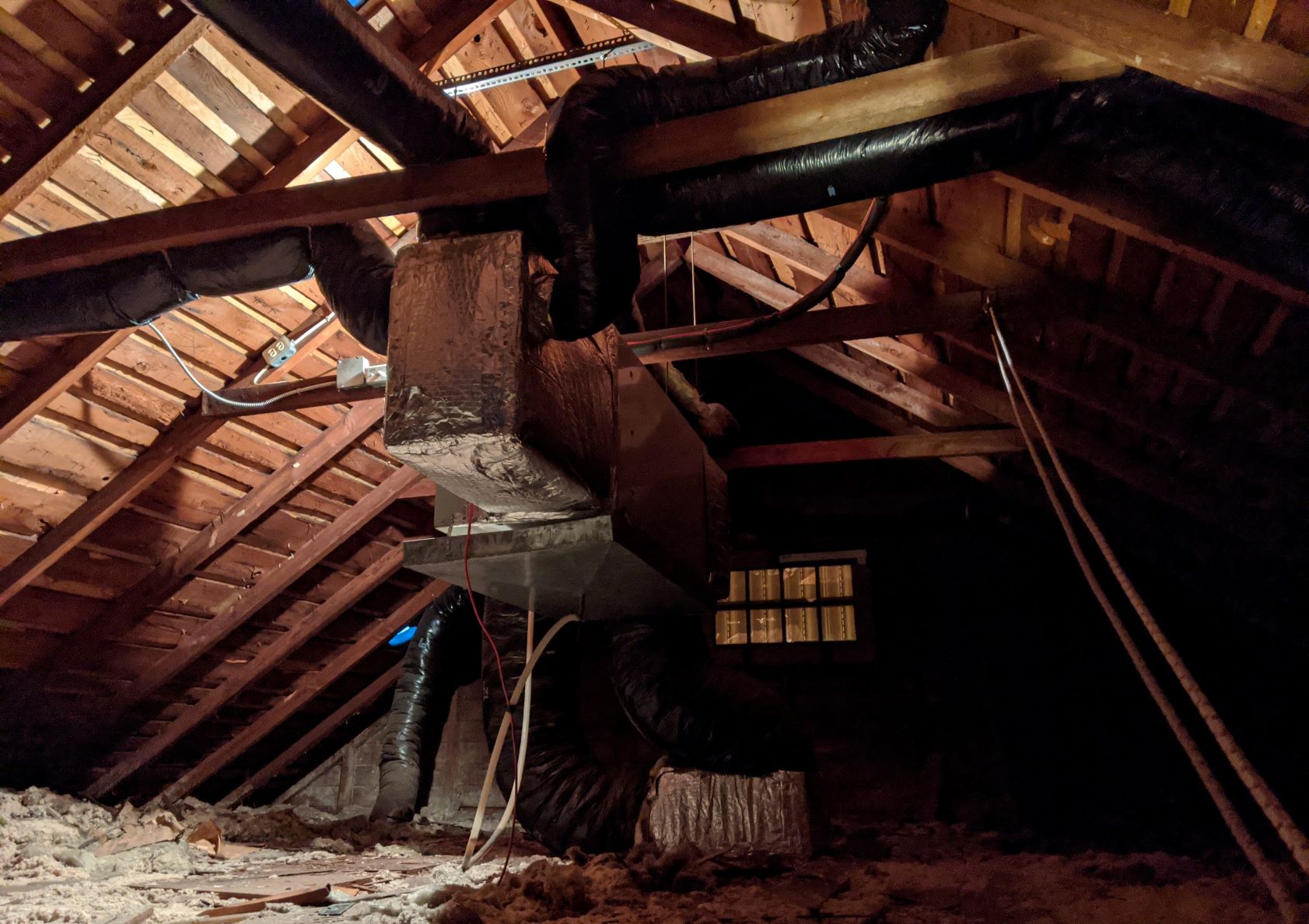 You don’t give a lot of info, but I’ll make some assumptions and you tell me where I’m wrong.

You live in an area that does not get much snow, based on the size and spacing of your roof joists.

Likewise, you live in an area that is not a high wind area.

You say “joists run this way”, which I assume you mean roof joists and ceiling joists.

The end wall shown in the picture (with a window in it) is NOT one of the walls marked “Wall 1” or “Wall 2”.

The type of roof structure is what I call “stick built”. That is to say, individual boards are used for the construction of the roof and roof trusses are not used. However, each roof member is important and no member can removed without careful consideration.

The ceiling structure is independent of the roof structure, but required for the integrity of the exterior walls.

Load bearing walls are walls carrying vertical or horizontal loads. Obviously there are no vertical supports coming down from the roof structure and because they are oriented in the same direction as the ceiling joists, the walls are not load bearing.

Another kind of roof load is called a “point load”. That means a structural post could be resting on the walls (or in the wall), which is not visible in the picture and is not used in this type of roof.

Summary: The two walls you want to remove are not load bearing (vertical or horizontal).

Not the answer you're looking for? Browse other questions tagged walls structural load-bearing or ask your own question.