Is there code compliant way to attach deck joists below a deck beam (or at least lower than flush with the top of the beam)?

I am trying to design a roof top deck above a flat roof on a row house. The deck must bear on the parapet walls (4 layers thick structural brick walls on both sides of the roof), it can not bear on the roof itself. Because of the distance between my two parapet walls I must use 3 laminated 2x12s for beams on the north and south ends of the deck with 2x8 joists running between the beams. Because of a variety of zoning restrictions the surface of my deck must be lower than the height at the top of the 12 inch high beams (otherwise the railings would have to be too high for zoning).

Ideally I could hang my joists below my beams. That would definitely allow my railings to satisfy code and zoning and, if there is a code compliant way to do that for deck joists, solve my problem. Then my beams would essentially form the bottom part of the railing on those ends (capped by a deckboard or something to prevent rot, with the railings then going up from there). Alternatively, I might be able to attach my joists to my deck beams so that they are flush with the bottoms of the beams, as opposed to the top (this might or might not allow my railings to satisfy zoning) - but as I read it neither of those possibilities appears to be contemplated by the code?

I realize that another possibility would be to find a way to lower my beams. In the case of the south beam, this would interfere with the roof's attachment to the parapet walls and would create an unhelpful potential leak.

Joist hangers are used all the time to fix joists to the side face of the beam. I see no particular reason that you wouldn't be able to hang the joists even with the bottom of the beam using standard joist hangers like these: 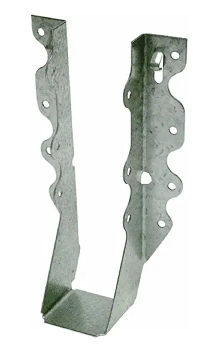 In fact ceiling joists may very well be hung with similar brackets like these where the ceiling height is set to be at the bottom of the support beams.

Hanging your deck joists totally below the beams seems a bit problematic. My guess would be that even if you could come up with some type strapping to securely hold the joists up against the bottom of the beam that an inspector may very well reject the concept, especially if they figure out that you are playing games to work around your railing height restriction. 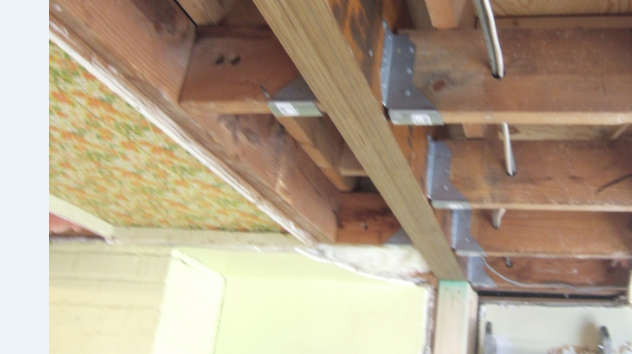 Should not be any different for your roof deck. Just make sure you use the right fasteners for outdoor use.

Not the answer you're looking for? Browse other questions tagged roof deck joists beam or ask your own question.

1
Using 6x6 beams for roof joists
1
Is my treehouse platform structurally sound?
4
Will these DIY steel plates for post to beam connections work as well as the commercially available ones?
1
Is using a single hanger plus a framing angle on a double member sufficient
0
How to build up height of concrete wall to use as beam support for deck