Recently noticed our screen door wouldn't shut on its own. If we don't pull it shut behind us it sits open a bit. 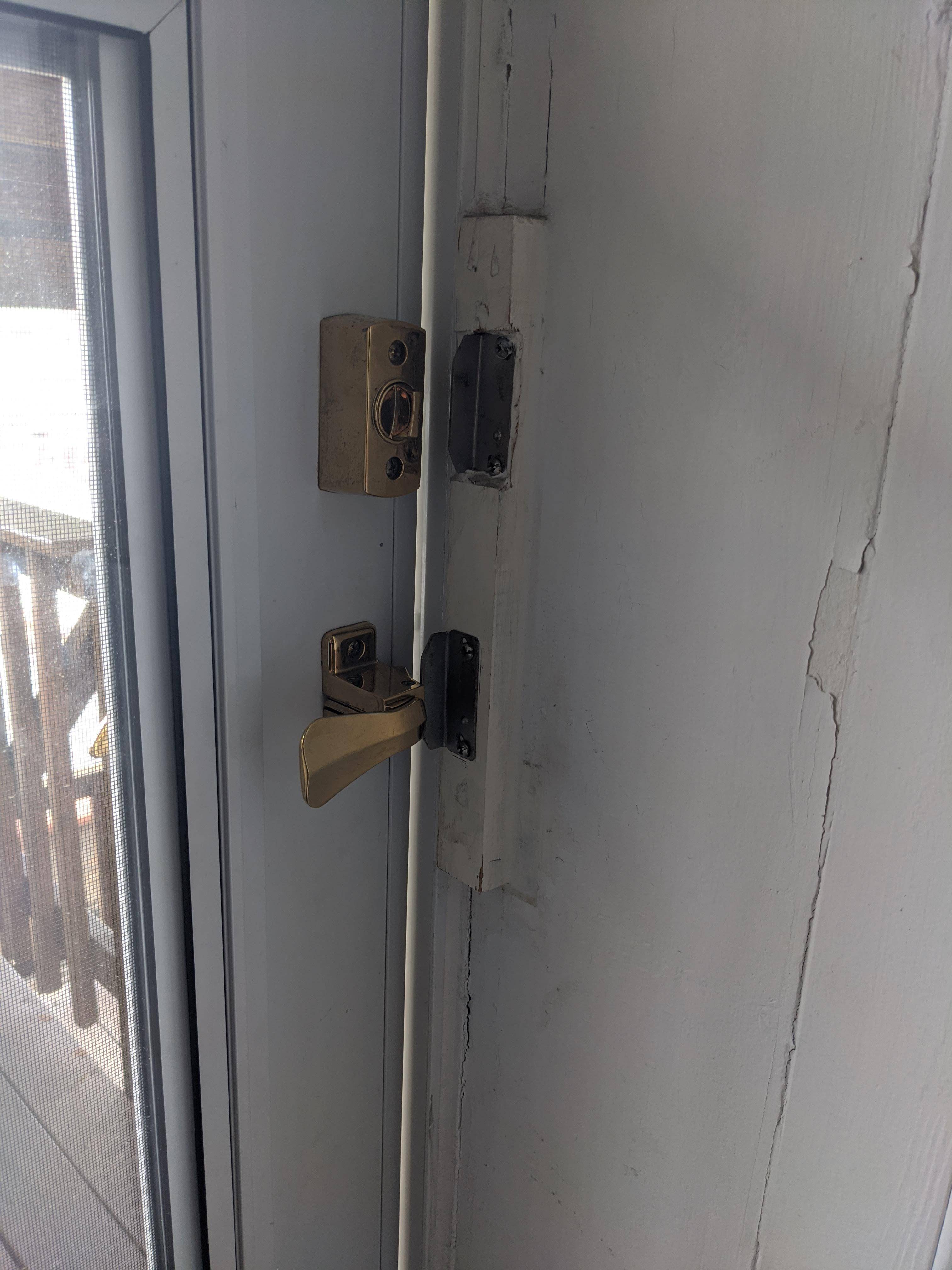 I checked to see what the door is "catching" on and it appears to be this area: 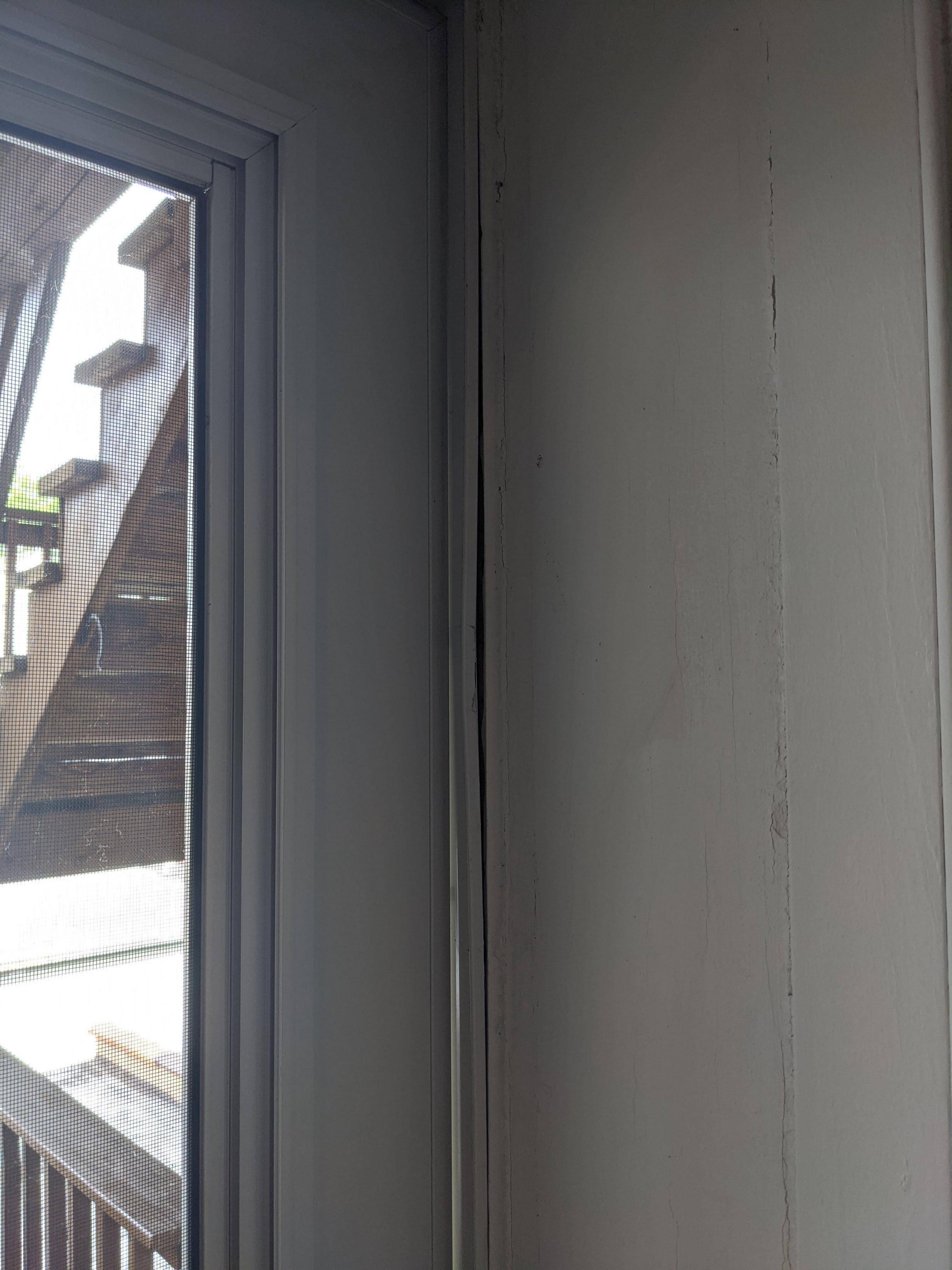 There are also scrapes on this area from the door. 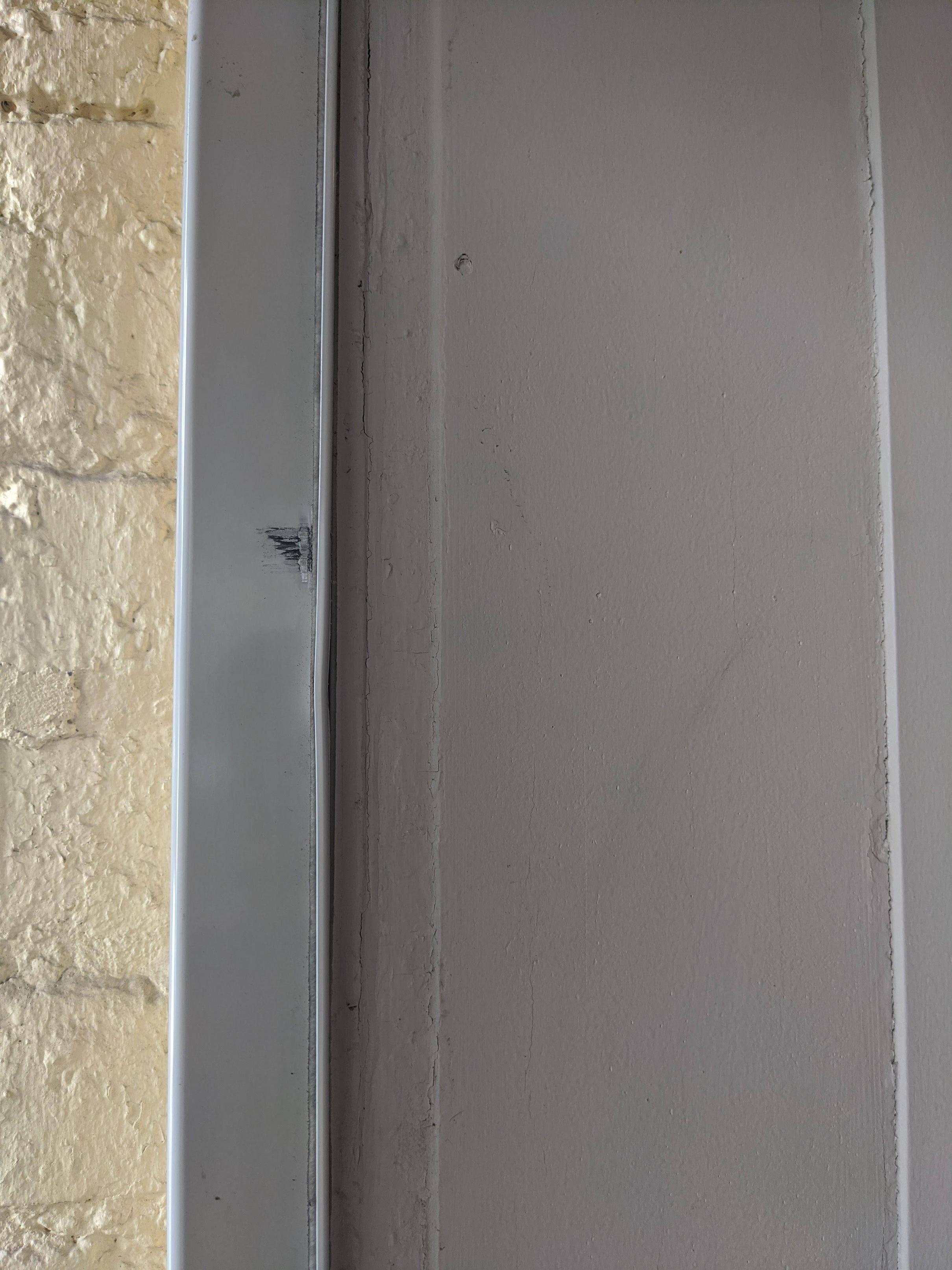 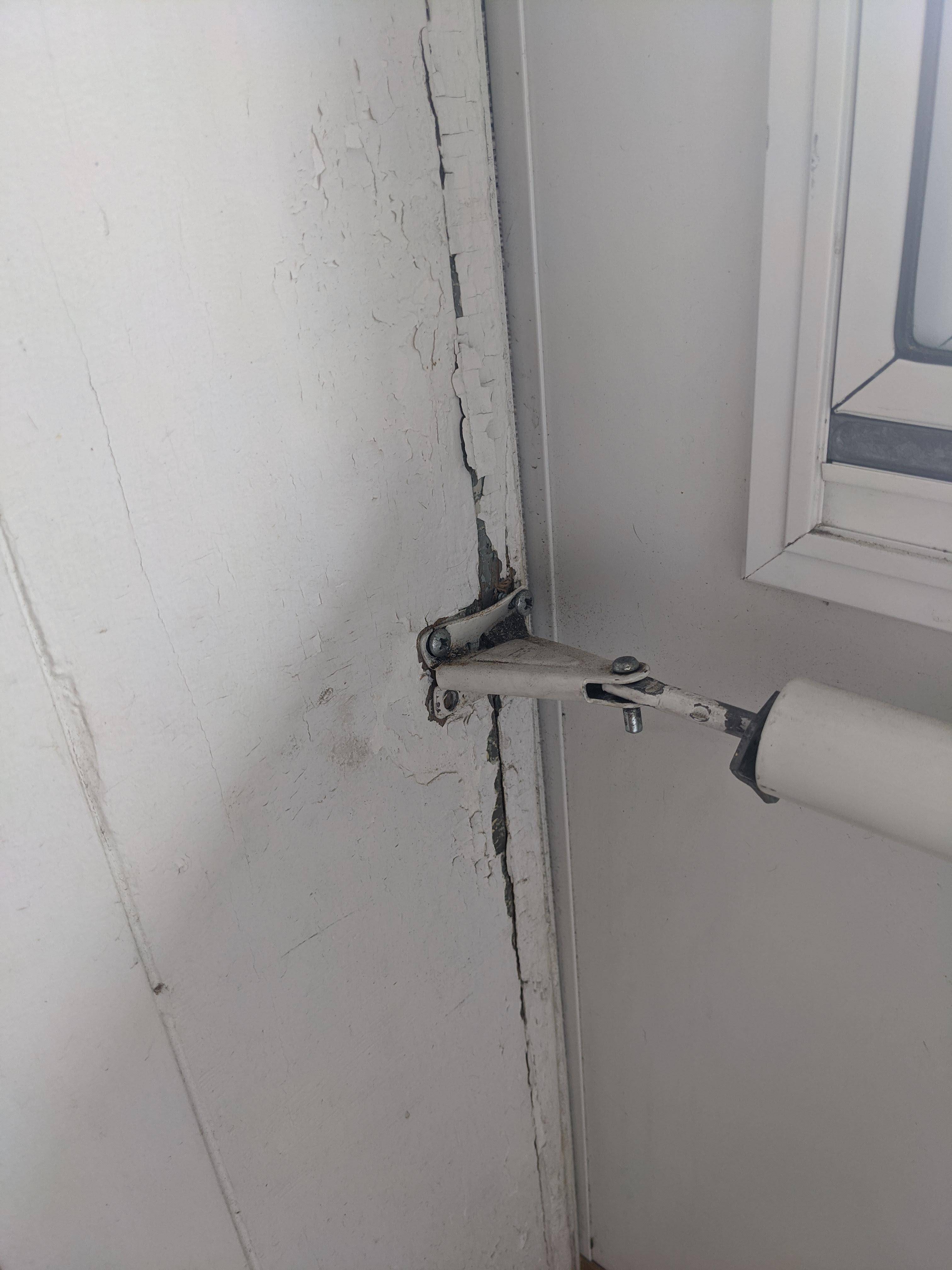 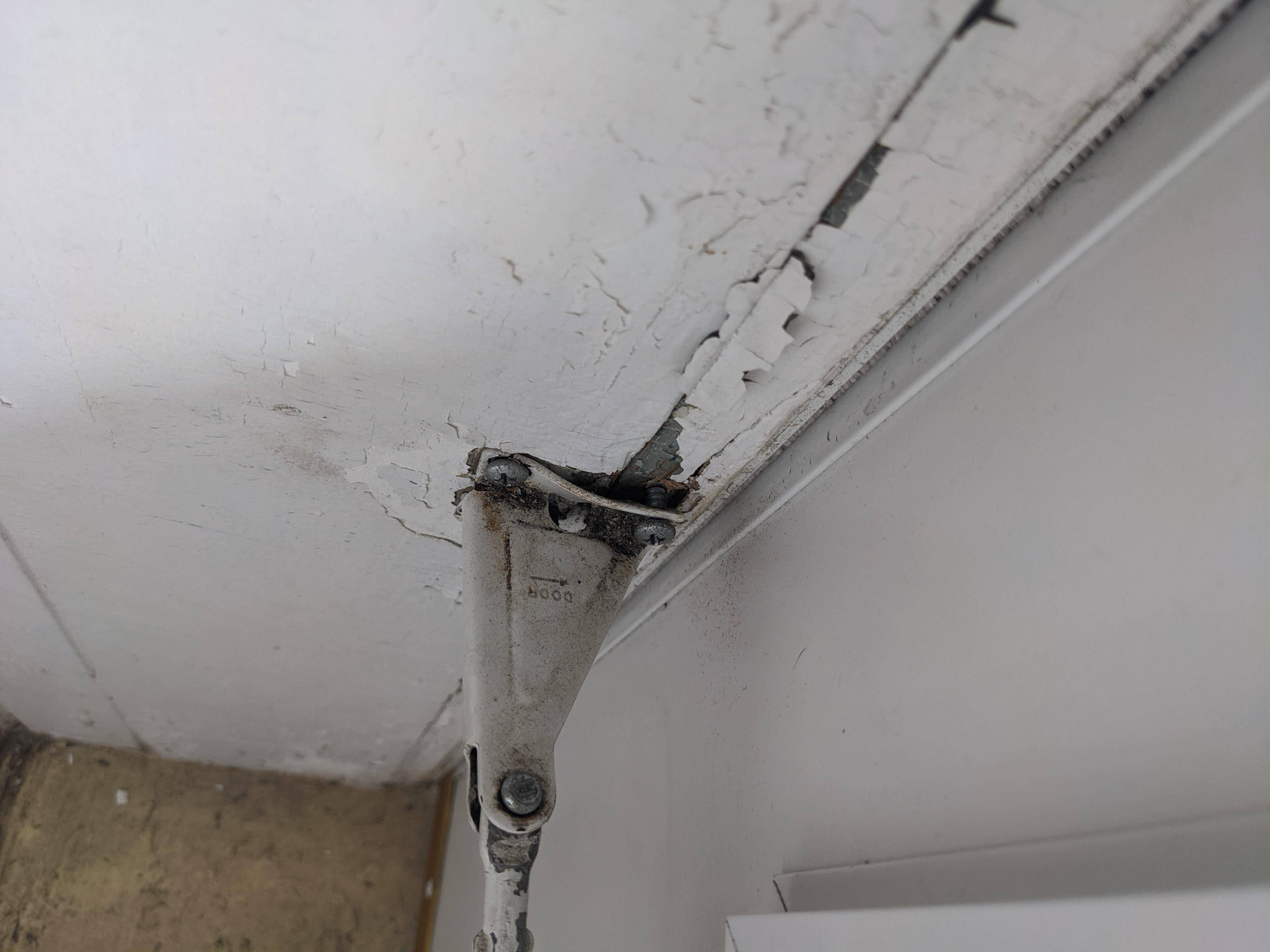 That appears to be a fairly standard aluminum door and that the door frame has gotten a bit bent, and you do seem to have identified the area where it's catching.

I'd suggest that you bang the frame back into its proper shape. A hammer would be the proper tool for this, BUT it's hard to hit a small area like that precisely with a hammer, and a missed shot could do more damage than it fixes. To protect against that, hold a block of wood (any scrap big enough to hold and hit while not smashing your hand with the hammer will do) against the frame to spread the force and hit the block. You'll need to hold the block firmly against the frame so you're transmitting the pounding force through the wood and directly into the frame. With the house supporting the other side of the metal frame, so long as you don't miss the block, you can't really do any damage, so give it a few good, hard whacks. Check your progress regularly - there's no sense in continuing to hammer once it's flat. ;)

It's possible that the metal may have taken a bit of a set in the bent position and no amount of hammering on it will get it to bend back and stay in position. If this is the case, some adhesive behind the frame might do the trick, but it will be difficult to clamp the frame exactly where it needs to be while the adhesive sets. You could use another long piece of wood jammed in across the door from one jamb to the other as a "clamp" using the other side of the door to provide the pressure. The drawback, though, is that when it comes time to finally replace the door, you most likely won't be able to reuse the frame (most screen doors come with a frame that is pre-drilled for all the hardware) so you'll have to remove this one. The adhesive will be a royal pain to remove and might even take a chunk of the door jamb with it when you try to remove it.

You might be better off drilling a small hole through the aluminum door frame and holding it down with a small, flat head screw. You'll have to ensure that the head is completely flush, which means you'll have to dimple in the frame of the door a bit, or the door will catch on the screw head and you'll be right back in the same boat. Use a countersink bit to put a bevel on the inside of the hole you drill to give the screw head room to sit down into the metal. You'll want to use a very light touch with the countersink - too much and the hole in the metal will quickly become too big for the screw you've chosen. You'll want a standard wood screw with a flat head and a taper below like this: 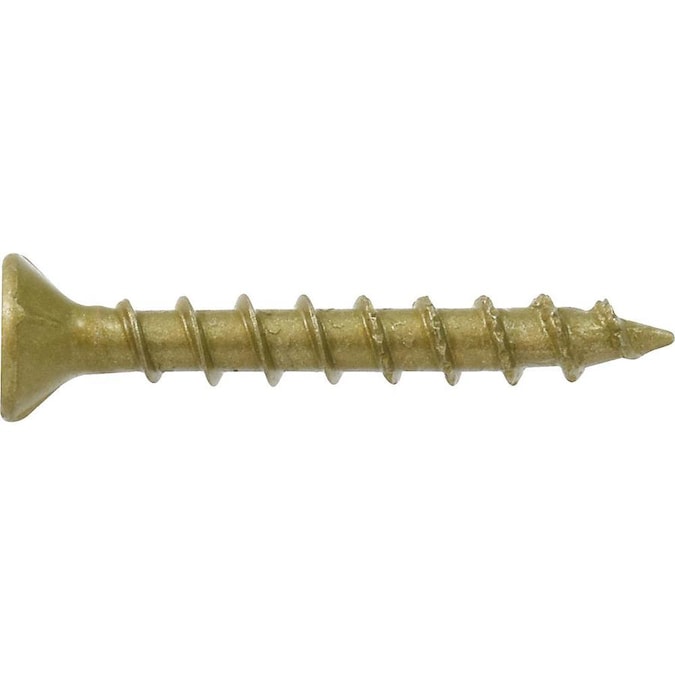 Source: Lowes.com - no endorsement of this product or vendor intended or implied

It also looks like the lip that the door seals against is a bit bent, too. Once you've got the frame back against the door jamb, check to see if this is still bent. If so, gently bang this back into shape with your hammer and block of wood. Since there's no wood backing this piece, you will need to have an assistant hold a larger piece of wood to make a backing to hammer against. You'll want a longer piece of wood to bridge from one part of the door where it's straight to another, then you use your block and hammer to flatten the bulge, sandwiching the door between the two pieces of wood. This will likely be a bit harder to do because you've got a person holding your backer board instead of the whole house. Take your time, be careful and hit much more gently than you did before - you don't want your piece of wood to fly out of your grip and hit your helper. If you do, he may bail on you, then you're stuck fixing it on your own!

To fix up the closer, pull the pin that holds the closer into the mounting bracket. Remove the bracket from the door and take it to a concrete sidewalk or driveway, or put it on a sturdy brick, cinder block or heavy (thick) piece of metal. Put your pounding block on that obviously bent piece (as shown in the last pic), and hammer that back flat. If the other side of the bracket mount is bent, hammer it flat too.

Remount the bracket to the door frame. I'd suggest using some longer screws (fatter ones would work, but they likely won't fit through the holes in the bracket, so longer it is) so that they'll bite into new wood. Once that's screwed back in place, put the closer back in place and drop the pin into it.

Not the answer you're looking for? Browse other questions tagged doors frame or ask your own question.