Where to connect C wire if no C terminal

Hi wanting to connect Nest and want to install a C wire. HVAC only appears to have G,W,R so not sure where to connect C. 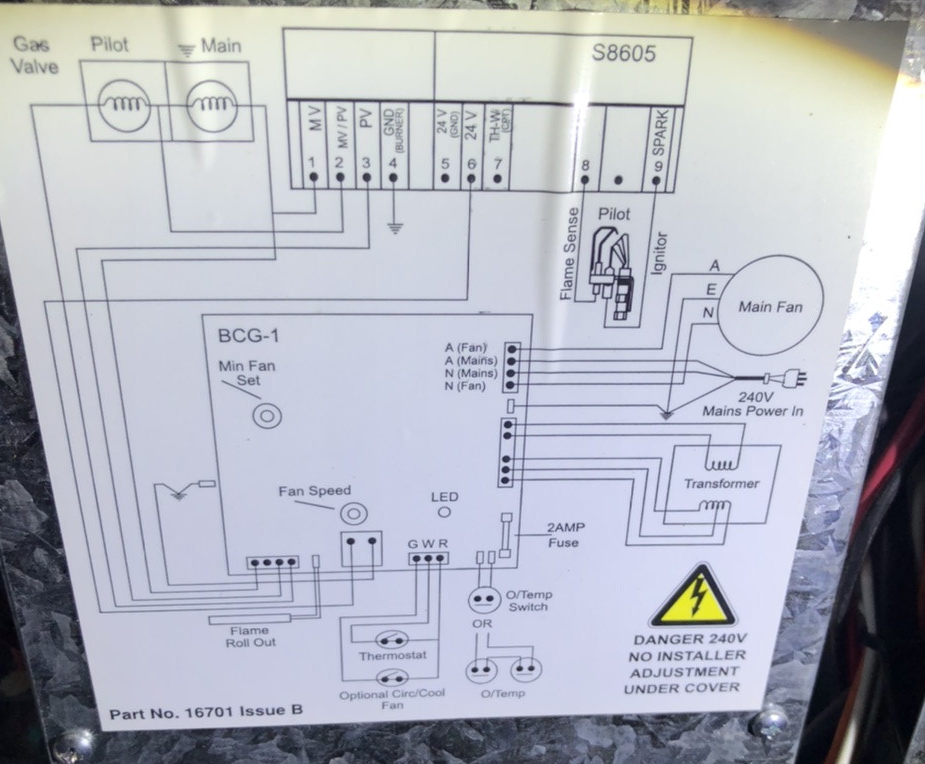 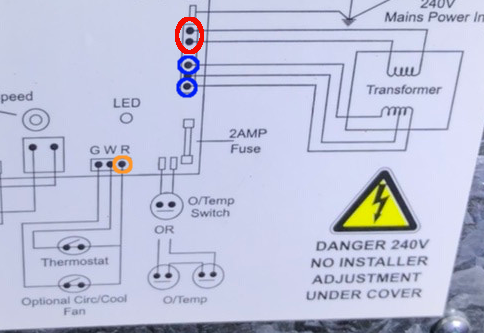 Step 2: Measure voltage from the R terminal (circled in orange) to each of the 24 V transformer terminals identified in step 1. You'll measure ~0 V to one of them and ~24 V to the other one. This latter one is your C terminal. Splice as needed to get a wire out from there to the thermostat.

By definition the R terminal is one end of the transformer winding and the C terminal is the other end. Simple thermostats (bimetal strip, or battery-powered programmable) simply short R to W or G to call for heat or cooling. Controls makers didn't spend money and circuit board space on the unnecessary C terminal.

Now fancier thermostats, which require so much power as to make batteries infeasible do require the C terminal. Newer HVAC controls include the C terminal, but when working with older controls, the only option is to find and tap into the C circuit somewhere.

The thermostat's processor and display are powered by current flowing between R and C. Connecting the C wire and the R wire both to the R terminal leaves you with 0 volts between the wires; the thermostat can't be powered from 0 volts.

Not the answer you're looking for? Browse other questions tagged hvac thermostat thermostat-c-wire nest or ask your own question.

1
Does this seem like the right place to tap a C-Wire from my heater?

0
Finding “C” wire on old heat pump HVAC unit
0
C wire and smart thermostat
1
Which terminal should I connect it to for a “C” wire on an american standard AM4A0A30
1
nest 2nd gen, no common wire/terminal in the fan coil unit
3
Can't find HVAC C terminal
1
What terminal to use on AC for C wire / nest dual transformer install
1
Is the PY4G HVAC unit compatible with Nest Thermostat?
2
Adding Venstar Add-a-wire ACC0410 to HVAC with Nest Thermostat E