Two switch box with 12/2 and 12/3 circuits with cojoined hot wires, is this safe?

I was investigating a non working switch and found 2 circuits coming into the box. A 12/2 and 12/3. The first switch is serviced by the red and the black crossed wires. THe second switch is serviced by the crossed black wire and a black wire going to 2 lights in series. The neutrals and grounds are pigtailed and travel to the lights also. The first switch controls the light the second switch does not appear to control anything. Is this safe? What would be the purpose of this crossing of hot wires? How do i remedy this unusual configuration? My intent is to be able to control the lights on the separate switches. 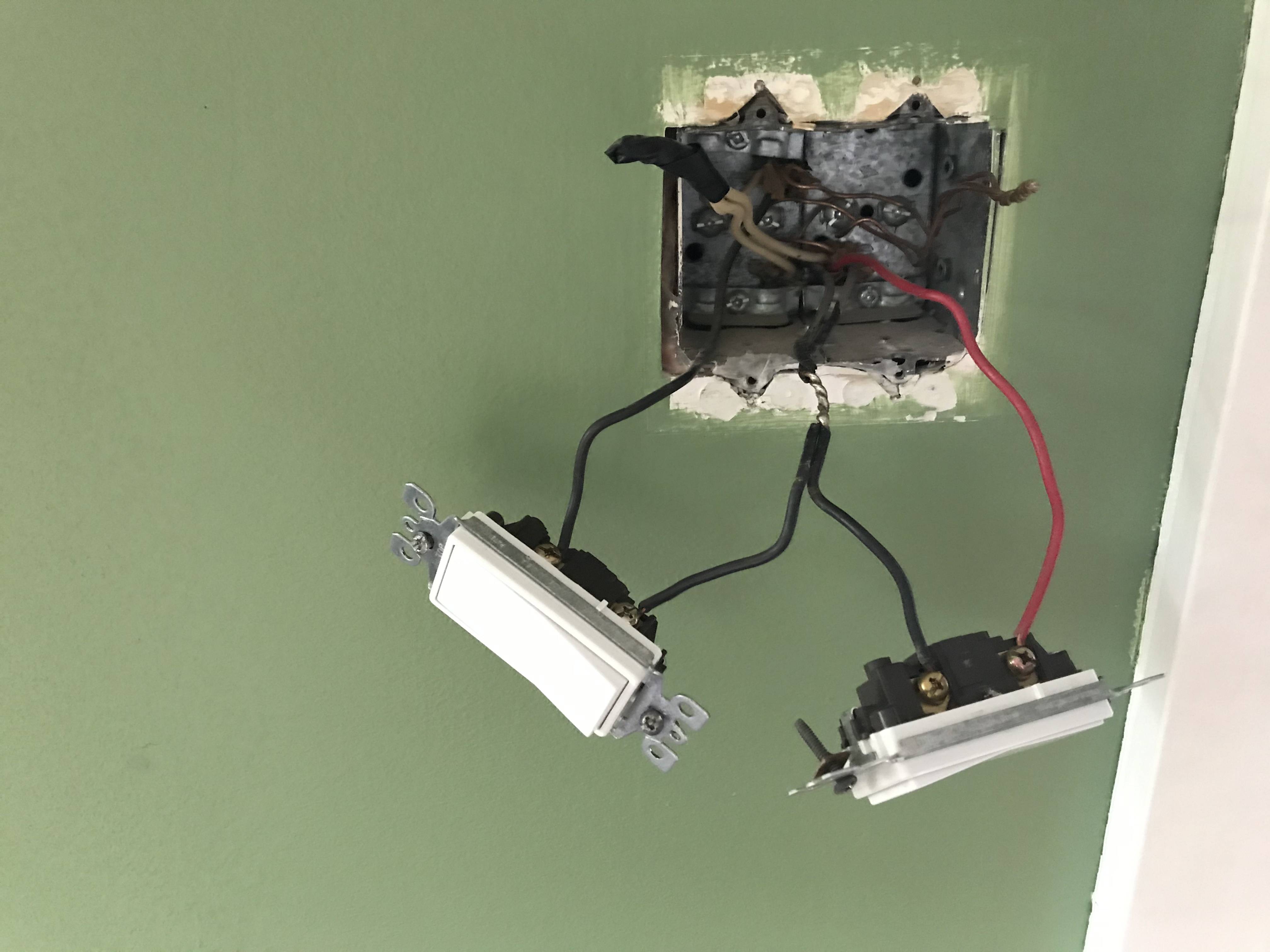 Terminology: "crossed wires" is simply a "pigtail" so that the single hot feed can be used by both switches.

This is utterly normal and safe, done normally. Normally is with a wirenut or similar insulated mechanical splice device - I had at first thought that you'd removed a wirenut for the picture - but my second thought is that they are soldered and the joint is uninsulated, which is not normal or safe, but is easily corrected. Likewise, the neutrals and grounds do not appear to have wirenuts, and this makes me think you may need to buy a large container of wireneuts and to check every electrical box you have for wiring done by whoever installed these switches.

The soldering we can see looks pretty competent, and mind you soldering big heavy heat-sucking #12 wires without cooking/curling the insulation jacket is no small trick. Whoever did this, did it a lot. Seems like an old-timer at the end of a career. Did not get the memo on modern practices.

You're supposed to insulate wires better than that, though.

Myself, I would layer the X-splice with electrical tape and then also pull the wires off the switches and slide shrink tubing over that and shrink it over. A proper job done with 2 layers of friction tape (tied off) and vinyl tape is far too hard for a novice. Just do the shrink tube thing.

Alternately, cut the X-splice dead center in the soldered area and stick each still-soldered half into a MAC block, which is listed for multiple wires.

The neutrals, I'd shrink-tube that. Vinyl electrical tape is notorious for the adhesive perishing and the tape falling off.

As for what's happening electrically

I want you to get a 5-pack of colored electrical tape, and re-mark the black wire from the top cable blue. Because by sheer luck, the colors of all the other wires correspond to their function (and to the conventionally preferred color codes sometimes used).

The lower /2 and /3 cables are supply from the panel, and onward power to other points of use. Don't know which is which, don't care.

The /3 red is for one light, and just the way they wired it, it happens to be on the way from/to somewhere else that needs power for other stuff.

The /2 blue from the top cable is for the other light.

Not the answer you're looking for? Browse other questions tagged electrical wiring light-fixture or ask your own question.

0
How to Rewire Powered Switch Controlling Half Hot Switched Outlet to Power Outlet as Always On and Control/Power Recessed Lighting
0
Why is this switch box wired like a 3-way when there's no other switch?
0
A light fixture with 2 white, 2 black wires, 1 copper. How do I connect this light fixture to a ceiling junction box? (See drawn diagram)
1
Two white, two black, two ground, and red wire in ceiling box connected to switch
2
Wiring a ceiling fan and light switch with two three-cable wires
1
Convert switched out to always hot what to do with ground and neutral wires
2
Questions about re-purposing double gang electrical box with two circuits
2
Wiring smart switch, confused about mishmash of wires in wall box