How do I remove an old ceiling junction box to install one rated for a fan?

I want to replace a light fixture in my house (1950s construction) with a ceiling fan. I doubt that the existing box will support a fan. 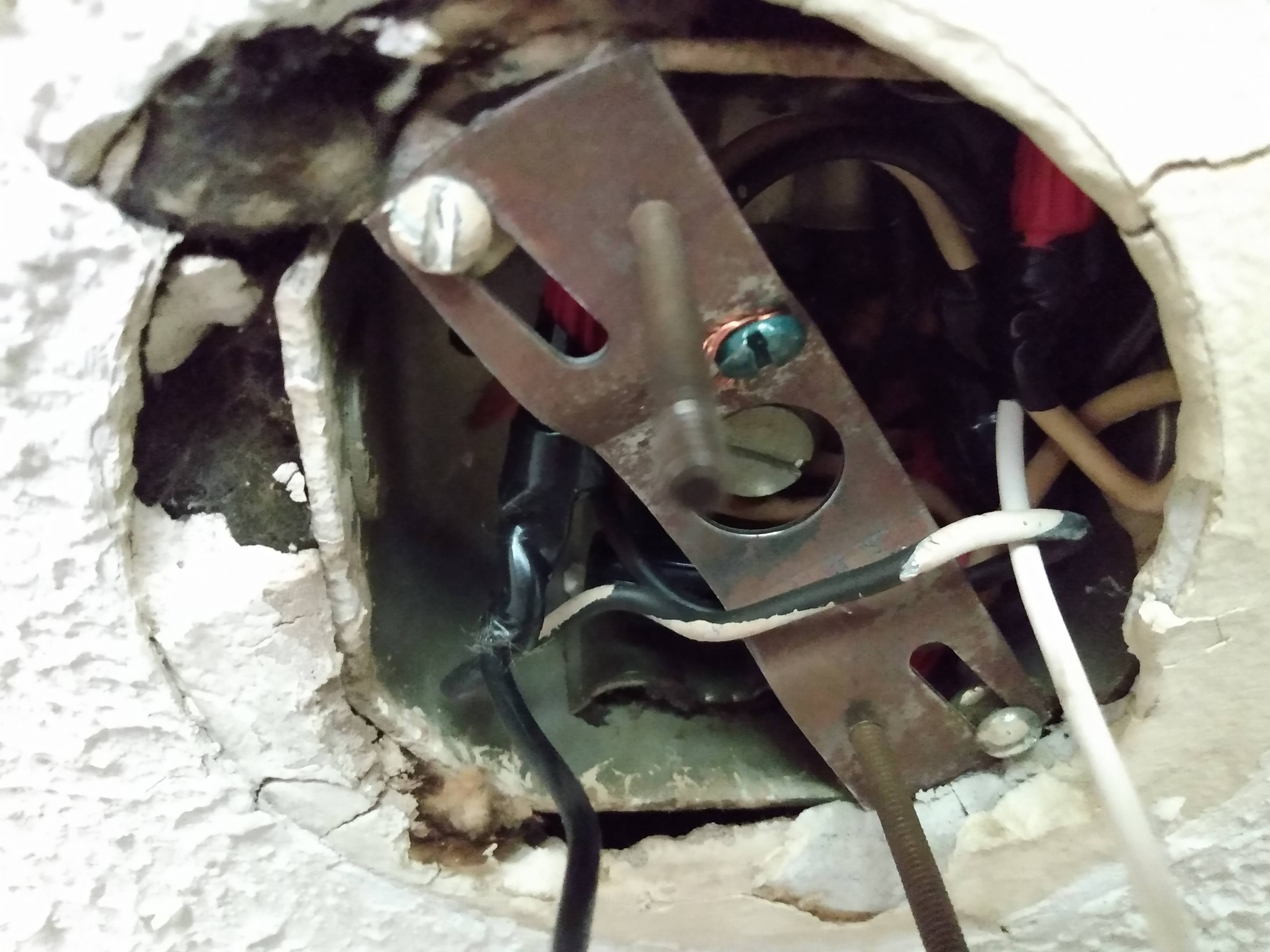 I see the big screw in the middle of the box. Is it holding the box up? How difficult will replacing the box be without attic access?

If you have determined that the existing box is not sufficient to support a fan or you want to make sure that a box is designed for a ceiling fan, it would not be difficult. After opening the breaker to the box in question.

I think removing the box will be easy. The harder part would be removing a bar, if the bar was installed as new work before the ceiling was put up. I can't think of any appealing way to do that.

The instructions for the new lighter Hunter fans allow installation into a ceiling joist with special wood screws provided if the box is attached to or near the joist. The light duty junction box is left in place and the large shroud covers the box.

I would seriously double that the existing box is fan worthy. That big screw in the middle leads me to believe the box is attached to a bracket bar of sort. Removing that screw/nut should allow the box to be pulled out after undoing all the wires (which you need to carefully mark so you can reinstall them in the new box. If there is a bar support, you'll have to cut it out with a hacksaw blade or rotary tool, like a Dremel, with a cutoff wheel. Then proceed to install you new old work box or box to joist. If you need to cut away some drywall around the box, there are cover plates available to cover up the additional drywall removed. They come in many sizes depending on how much you need to cut out. See picture below. 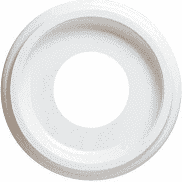 A metal box in wood construction is usually attached by means of nails, or possibly screws, through ears attached to the box. It might look something like that shown below -- you can probably shine a light in through the gap between box and drywall to confirm whether yours matches.

If it does, the simplest thing to do is probably to cut the nail flanges off the box. You can do this manually with something like a hack saw, or using power tools such as a jig saw or reciprocating saw. You'll want to ensure that the electrical cables are clear of the saw blade. The cables entering the box are very likely to be out of harm's way, but it's possible there could be cables routed just above the box too. Figure out some way of confirming the area is clear. You might be able to see in there if the gap is large enough, but if not, you might be able to probe with a screwdriver, a piece of bent wire, or other tool.

After the box is detached from its mounting you'll be able to work the cables free of the box. Finally, install an old work ceiling fan mount as per its instructions. If the nail flanges from the original box aren't in the way of the new fan mount then can simply be left in place.

Not the answer you're looking for? Browse other questions tagged ceiling-fan junction-box or ask your own question.