I recently replaced 2 rocker switches in an existing electrical box and they are both crooked (inward) and look like garbage. They also don't feel that nice as they are indented and not flush, so honestly they don't function all that great either. It's a problem specific to this electrical switch outlet box. I've tried every adjustment I can think of, but nothing has worked. I tried:

I did notice the electrical box is loose in the wall and torqued a bit and not flush with the wall. The system of tightening the switches which pulls on the drywall and should pull the box forward isn't quite working well either. The drywall starts to press in and almost get destroyed before the electrical box pulls flush. The box is the type mounted with nails on the top and bottom (I can see them and a little rusted). I can move the box around say 1/4 to 1/2" with my fingers.

I would guess that people that do this type of work as a trade have specific practices on the 'right' way to fix this and something that doesn't break code. Here are the things I'm guessing might fix it:

How can I get these switches to mount flush and protrude correctly from the light switch cover please?

EDIT: The 1st picture shows the torqued switches fully tightened and installed. The 2nd picture was taken after I had loosed the screws on the switches. I probably should have used a different picture or clarified. That picture is to show the drywall to electrical box condition for helping show the bare parts. When fully installed those switch mount screws are fully tightened and pressed on the drywall. 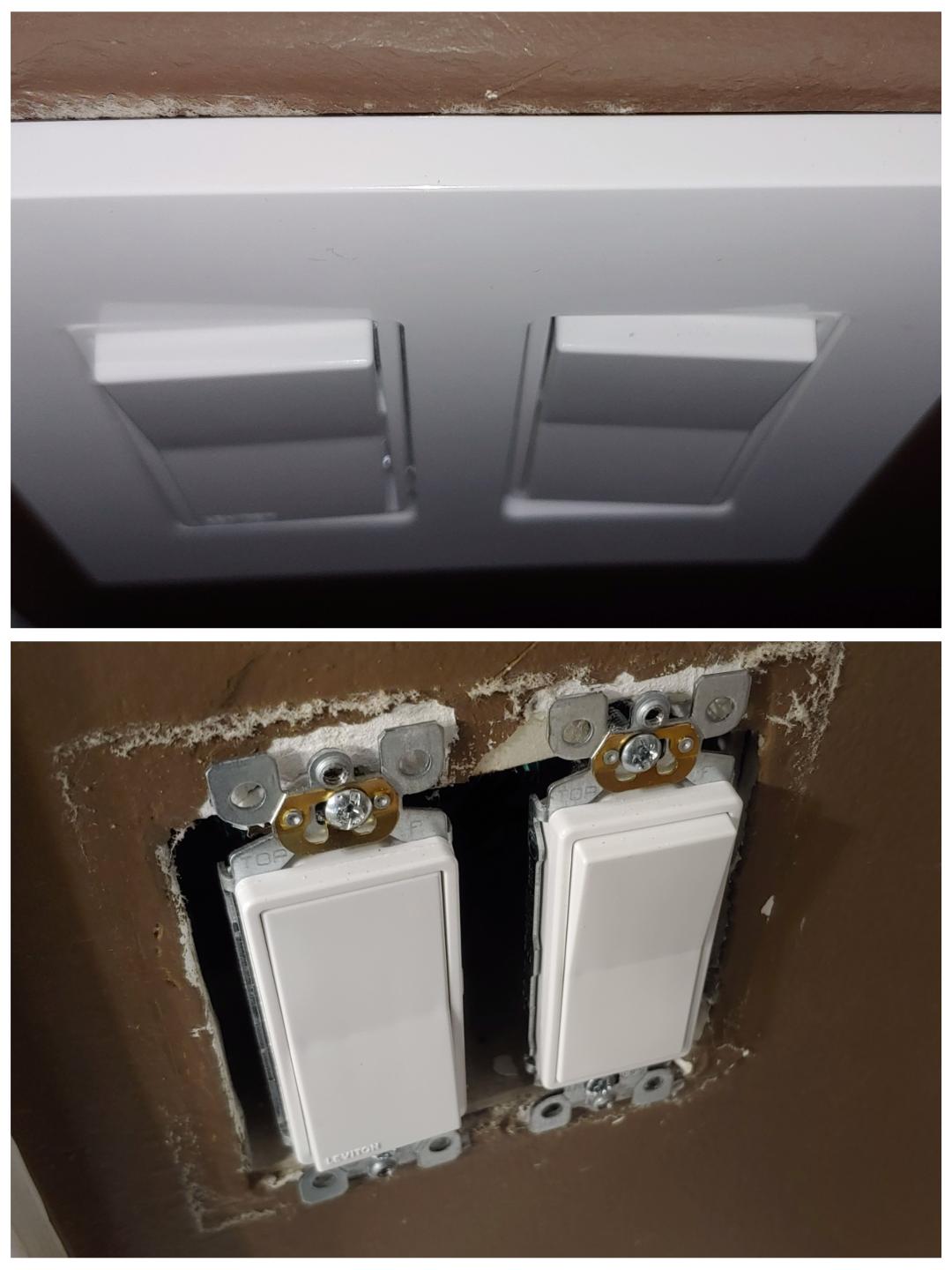 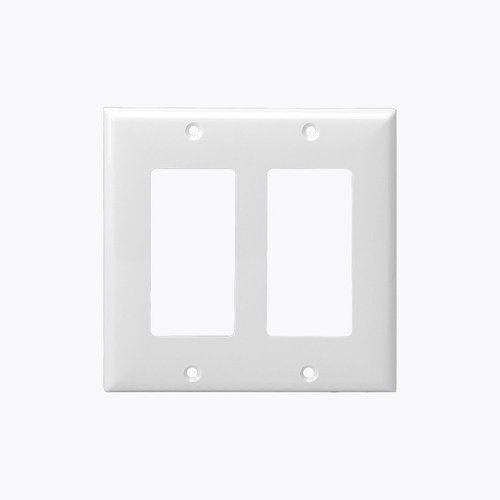 Per the commented suggestion from @DaveM, there are rubber shims/spacers that can be used for worn out, abused, maligned, damaged, or non-flush electrical outlets where getting the electrical switches to pull flush and level upon tightening isn't possible. I used the following pack from Lowe's which was less then $10:

They are quite flexible in use and can be stacked, used individually, or used on 1-corner to do whatever is needed to bring the outlet flush. I was able to cut and stack these behind the switch where the drywall was chewed up and the outlet box wasn't flush to correct the problem. This seems to be the safe and proper way as opposed to stacking metal washers, or a bigger solution to replace or re-install a box. I have the switches about 95% better and the end result is flush and aligned with the outlet cover. 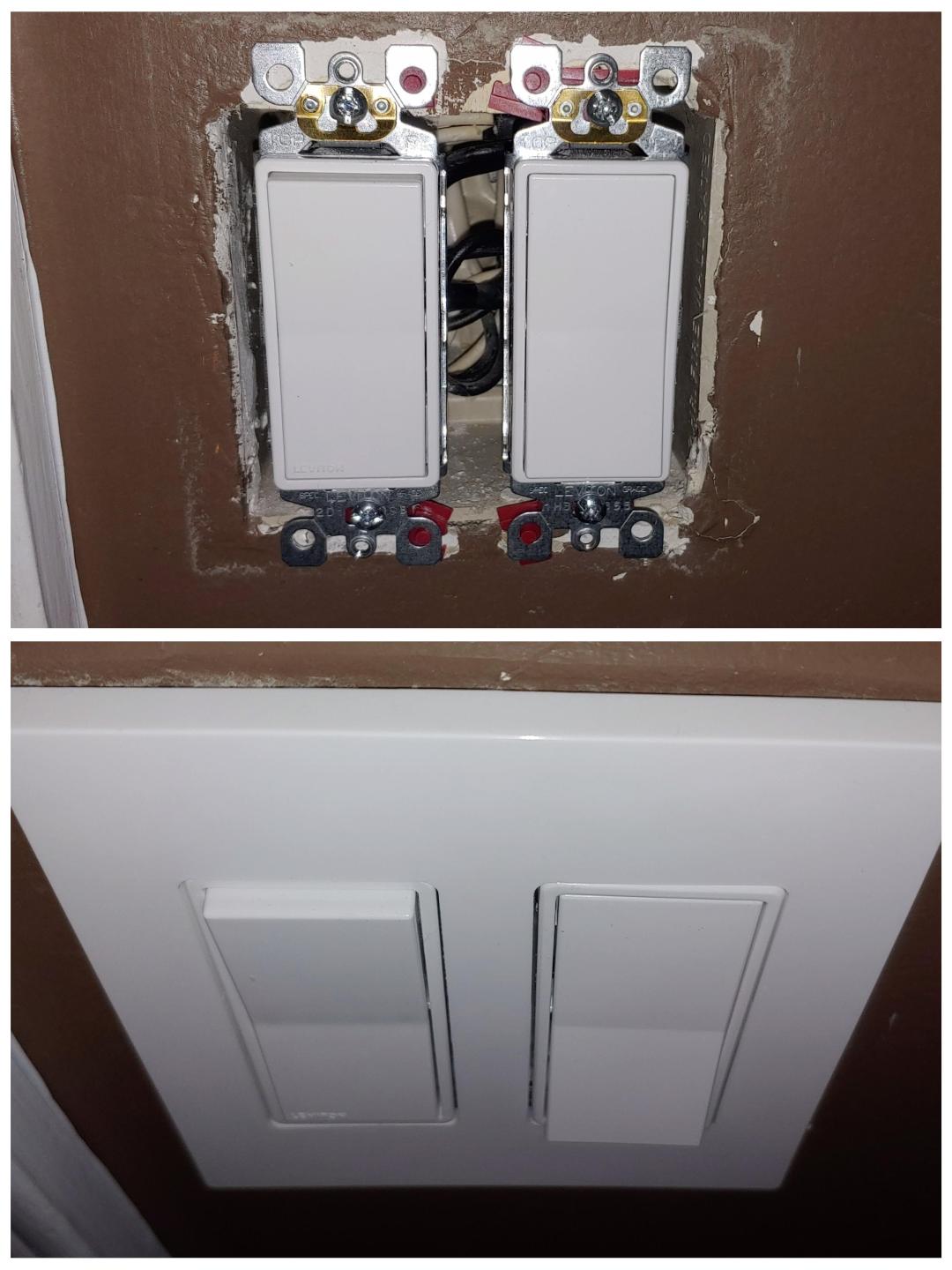 What I've found, when I have switches that are twisted like that is that I've done a poor job of packing the wiring behind the switches and into the box.

After turning off the power at the breaker pull the switches back out of the wall just enough to see behind them. Have a look at where the wiring is behind them and rearrange just a bit - based on what I see, you've probably got a wire nut on each side of the box that's sticking out just far enough that the back of the switch is hitting it and doesn't want to go any further back into the box. Rearranging the wiring so the nuts will go against the back of the box will help immensely.

Once you've tidied up a bit behind, if they still won't sit flat, I will twist the switch slightly against its mounting tabs so that it's even from side to side. The electricians here will probably scream at me that this is dangerous and that I shouldn't do it (and I'm fine with being corrected on this point), but it's worked for me so far.

If, as it appears, the box has been installed a little too deep, you can put some washers on the switch mounting screws to bring them further out from the wall so they sit flush with the cover plate. Of course, your "screwless" cover plate is probably a bit thicker than a standard cover plate, so that's probably why this is a problem now when it was never a problem in the past.

Not the answer you're looking for? Browse other questions tagged electrical wiring drywall switch or ask your own question.