What type of beam to span 20ft?

Looking for help understanding live and dead loads and the mathematical equation for what beam to use or help with what beam we should use. We are trying to span 20ft between kitchen and living room in an old house no true good foundation.

Beams will rest either through the floor on poured footings or plates directly on the ground. The floor is not great and the whole house is three different home addons. Located in Texas so no real need for snow load. Live load I believe is 40psf.

Any knowledge you can throw my way will help a lot. This is my first remodel. 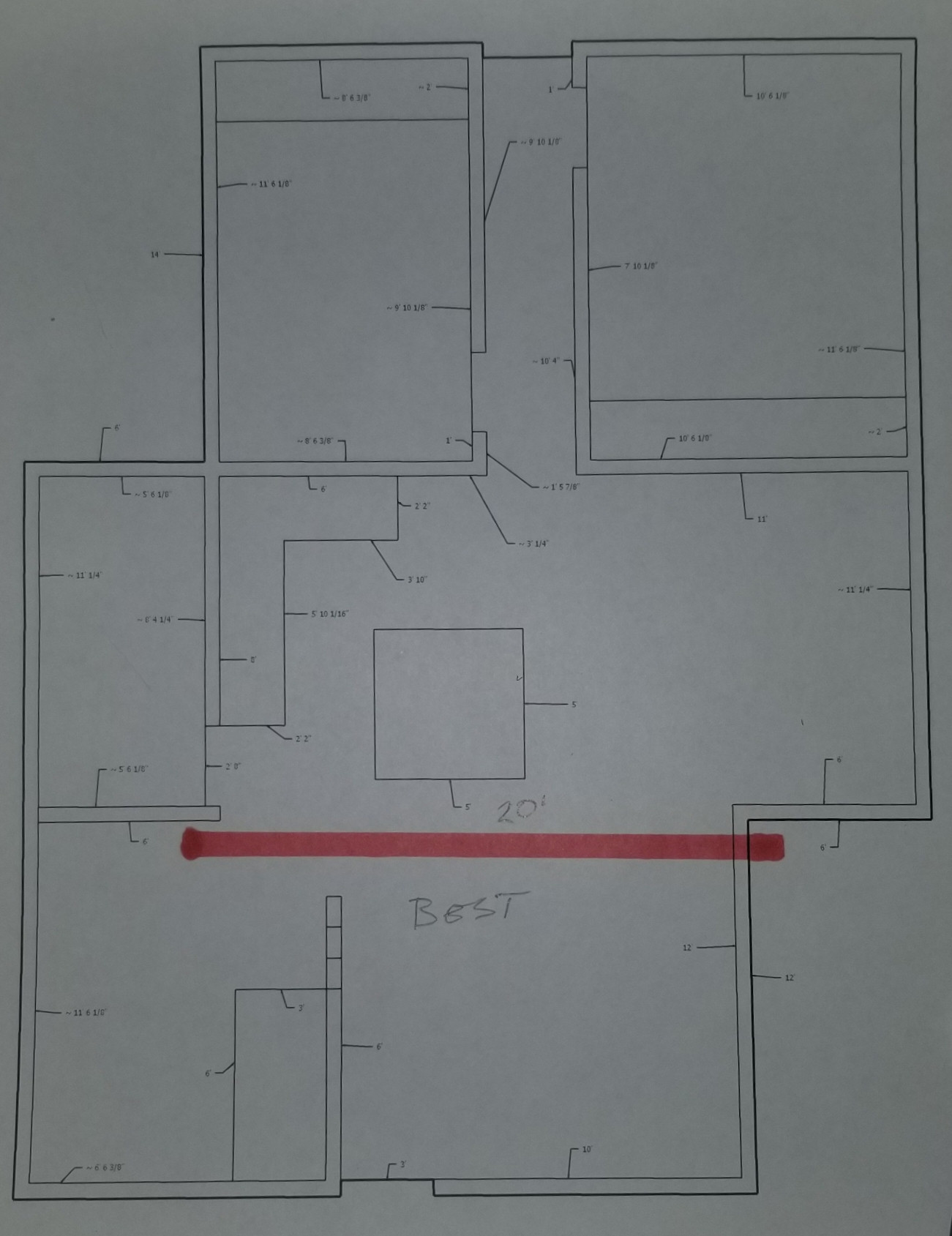 I’ll make some assumptions and you can correct me if I’m wrong.

The load equals Live Load plus Dead Load for half the span...the other half rests on the exterior walls. So:

That also seems unreasonable. I suspect the roof spans from the wall between the bedrooms and kitchen rather than to the exterior wall.

This may seem excessive, but what makes it so large is the live load of 40 psf. (I live where it’s 25 psf.) If you can verify the live load that could help a lot.

0
Can a 2x6 beam span 11ft?
3
What size beam should be used for a 15' patio cover span?
0
Can I calculate beam size if I know length, and weight support requirements?
0
LVL Span Ratings and Beam Placement
0
Can I Move Interior Load-Bearing Walls Without Changes/Additions to Beams/Piers/Foundation?
1
Are 2 2x10s attached at 2 points enough to hold a a 2500lb floor sitting on top of them for a tree house?
0
4x6 wood swingset beam, single span, center load max lbs?