What is the correct material to reseal a shower pan to a drain pipe?

After finding a leak in room below my shower, I discovered that the silicone like ring that was attaching my shower pan to my drain pipe was peeling back 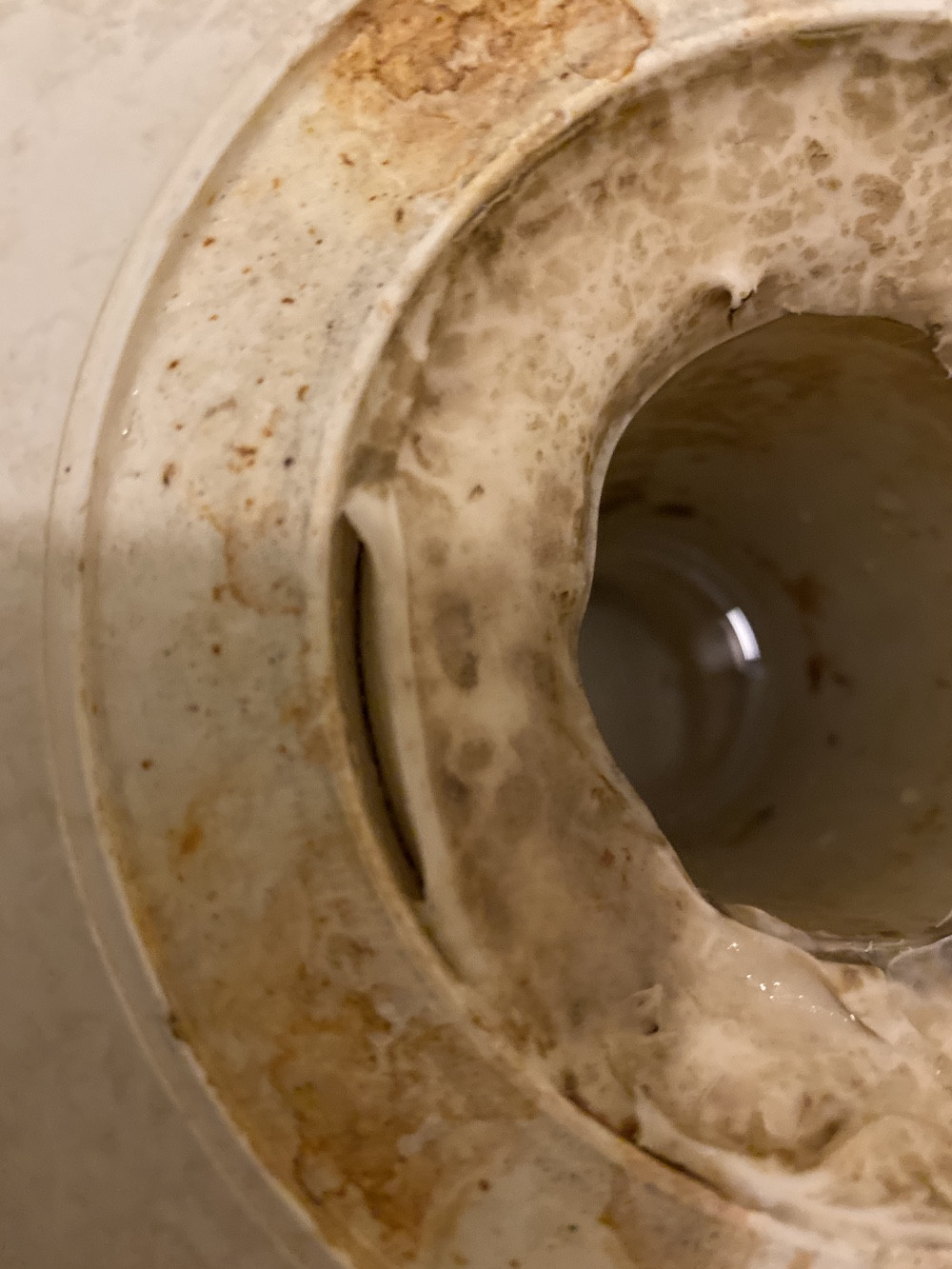 I pulled the seal the rest of the way out, and found some sort of chalky substance under it that seemed to absorb water fairly easily, I am not sure how these are assembled, but I assume that water is able to pass through it and was making it to the drywall below. 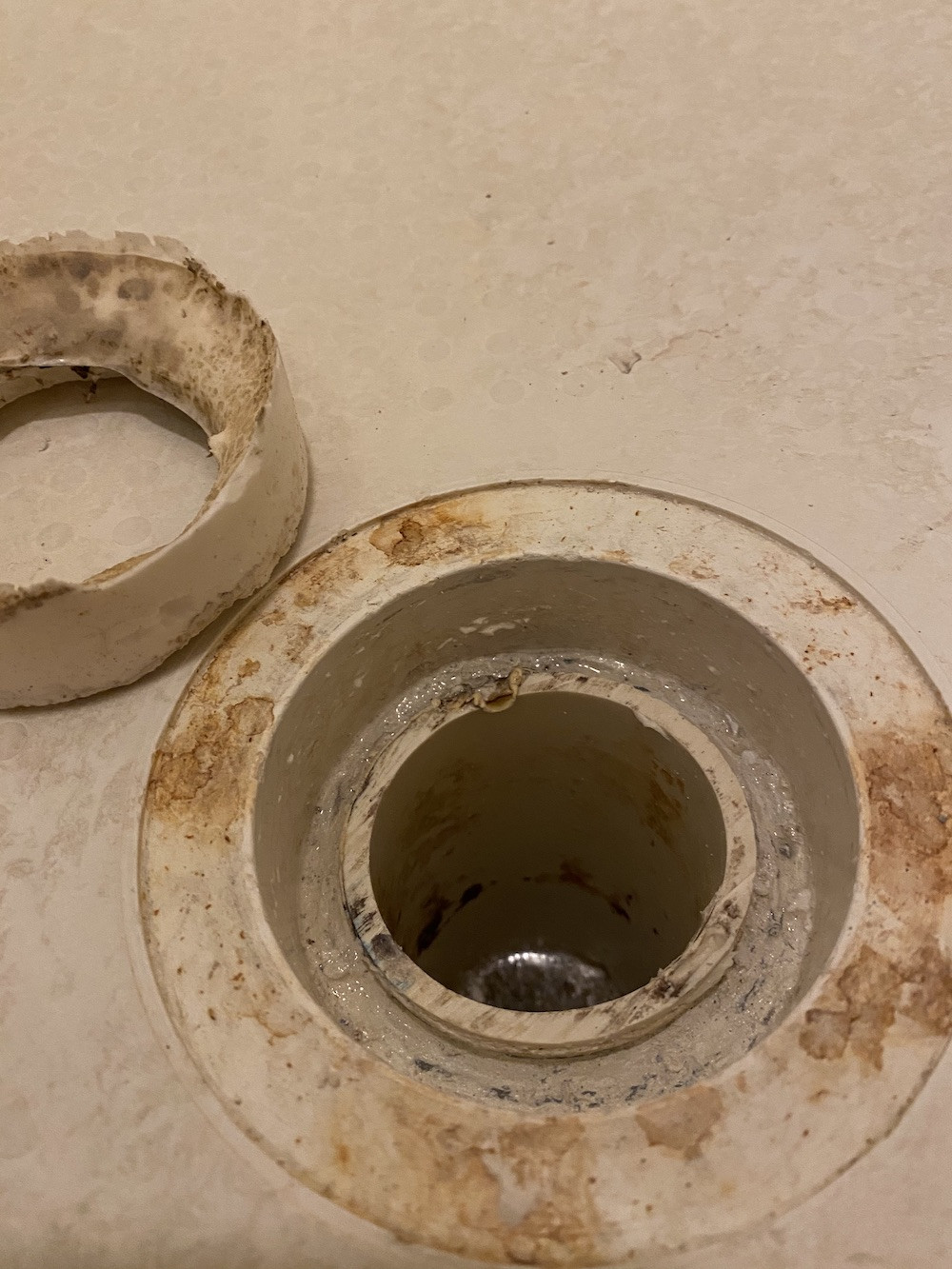 What is the correct way to reseal this? I assume I could just add some standard bath silicone again, but with the peel back happening once already, I'm curious if there are better options. I also have seen some say that plumbers putty is good for this, but I've also hear that that is not supposed to be used directly on plastic.

it was installed wrong, there's no real correct way to fix this other than starting again and using the correct fitting.

The correct way is to use the pipe fitting that matches the shower base, you may be able to do from below or it may require disassebling the shower floor and walls in addition to cuttihg a hole in ceiling of the room below.

Next best is probably to weld the pipe to the shower base if the two are made of compatible plastics, this could be a fusion weld done with a heat gun with a plastic welding head or (it it's all PVC) a solvent weld done with that Marley stuff.

So although I agree with Jason's answer that there is no technical way to fix this the "Correct" way without tearing it out and starting again, I decided to try my own permanent solution to attempt to avoid a costly repair.

What I ended up doing is going out and getting two packs of Loctite's marine epoxy. This is supposed to bond to PVC, concrete and fiberglass. What I am unsure of is what the base pan was made out of. The instructions to this epoxy said it did not recommend it for PP, PE or Nylon, which could have been in the base, but we'll see

At first, I was skeptical, but it turned out way better than I had imagined. After completely filling the gap between the pan and the pipe, there is an absolutely solid bond between the two and I can hardly think of a scenario where it would be possible to leak unless the epoxy fails to bond to the pan of the shower due to material incompatibility. I scratched up the pan base some in the drain to increase my chances. So far I have no regrets, and I spent $10 instead of the thousands for a new shower. The epoxy looks wet in the finished shot, but it is hard as a rock and is supposed to withstand up to 3000 PSI as it's intended for boat repairs. 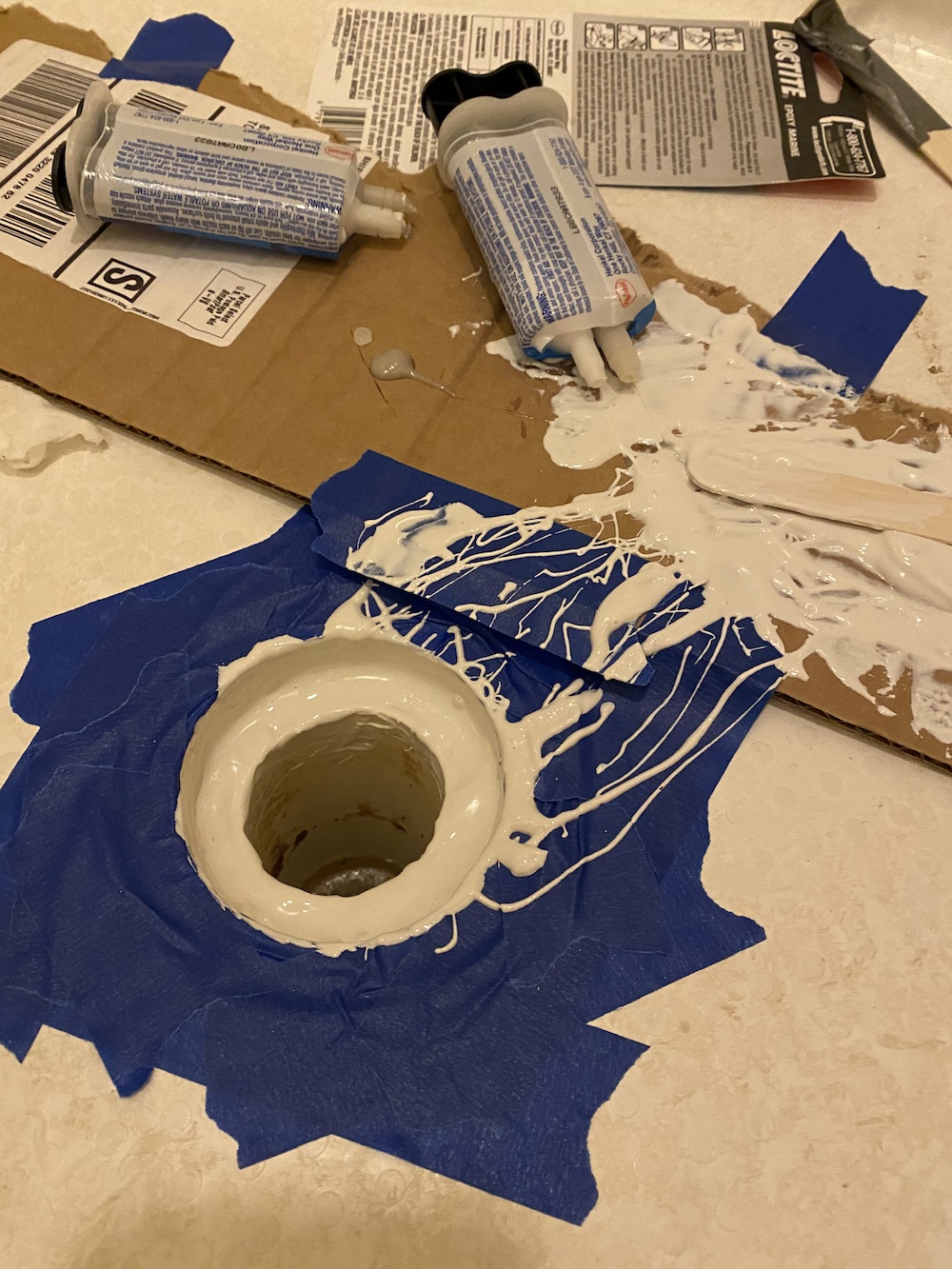 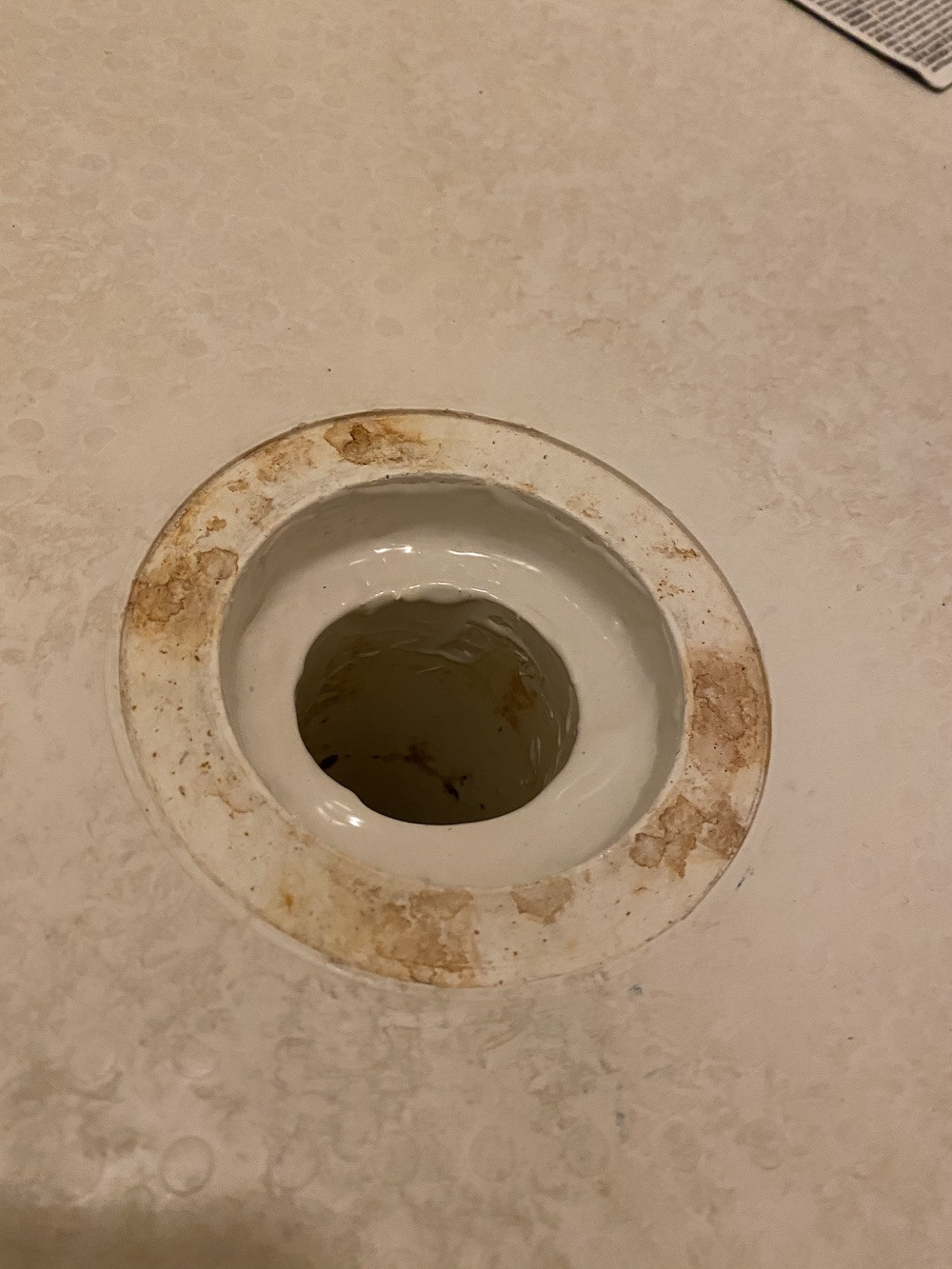 Not the answer you're looking for? Browse other questions tagged plumbing shower leak drain or ask your own question.

1
What is the correct way to fix a leaky drain trap that is not detachable?

7
Is my shower drain leaking under the slab?
12
How can I reseal a shower drain on a pre-formed shower base?
4
How do I repair my cracked shower pan?
5
How do I seal my shower escutcheon plate to prevent it from leaking?
4
What is the correct way to install a washing machine drain pan?
1
Shower pan drain leak
2
Shower leaking out the grout
2
Silicone or plumbers putty?
7
How do I fix broken screw flange in shower drain?