I am working on a remodel where the floor is sagging in a particular area. After pulling up the subfloor, it turns out that there is a return duct under that section that goes into the wall for the second story. However, it appears that the joists on either side of the duct were not properly attached.

Can I just attach the joists and use a filler to level the floor, or do I need to jack it back up? Would it be enough to use a pry bar to try to leverage it up?

Edit: After looking more closely, I realize that the joist hangers are attached to the board labeled "#3", but I don't know what that is attached to. The underside is difficult to reach because the basement ceiling is finished. It appears more digging may be needed.

Edit 2: Cut out another section of subfloor, showing that the beam (#3) ends at the double joist. Those joists and the beam are there because of the stairwell. It looks like the double joist may not have been able to support the weight (a refrigerator was placed here previously), but that's just a guess. I also opened the ceiling in the basement and could not see any issues from that side - probably because the problem is where the duct work resides. 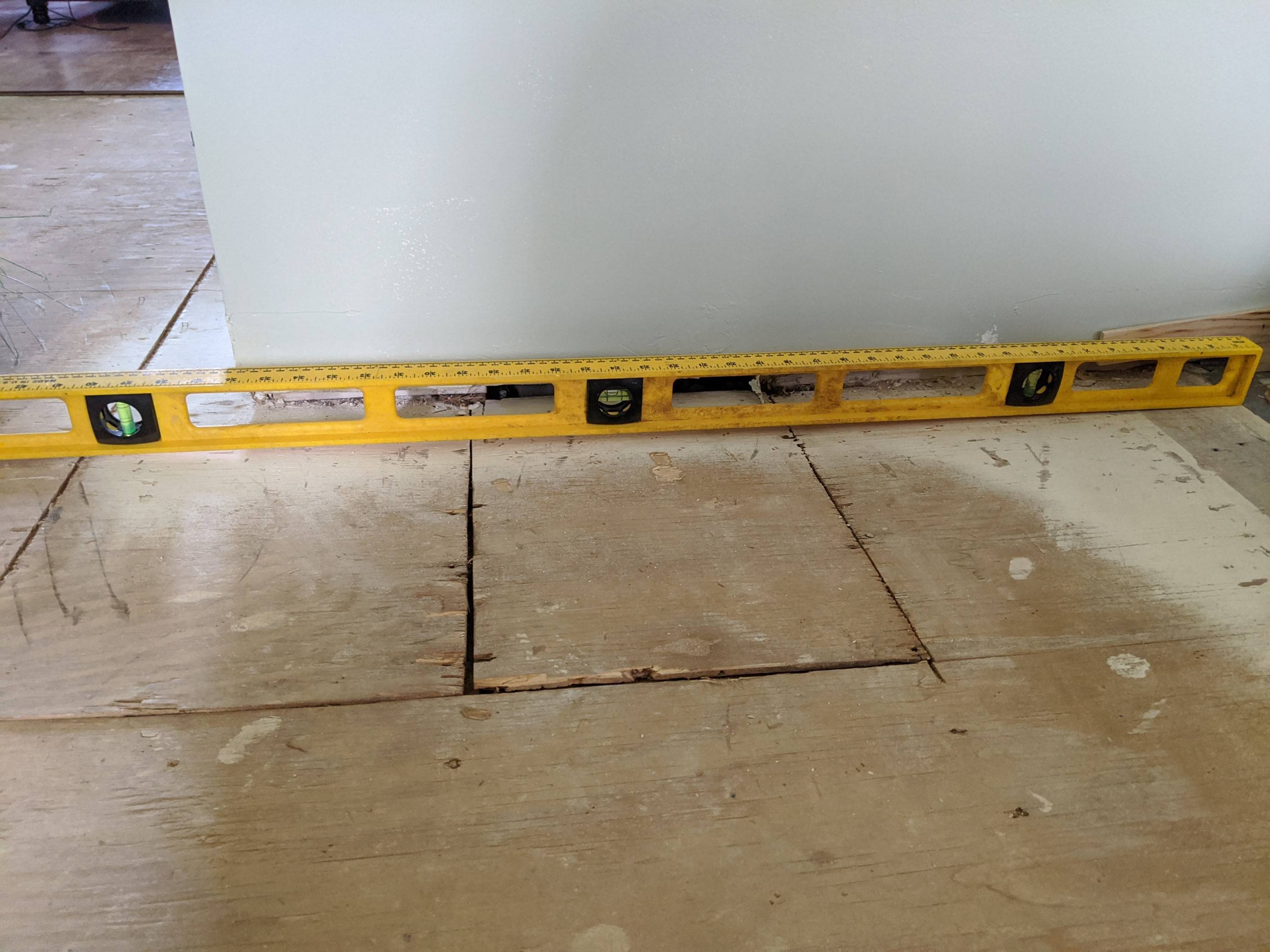 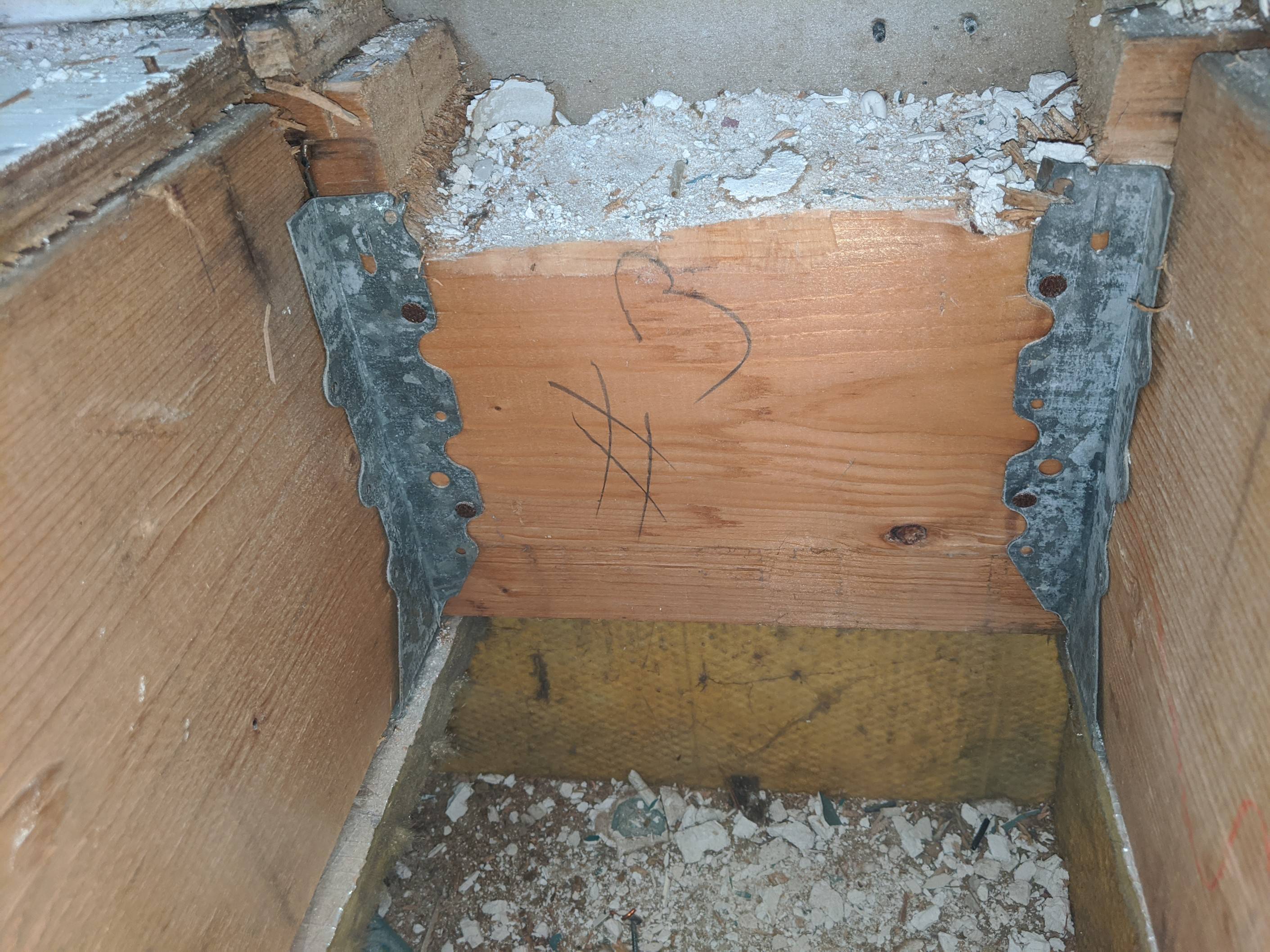 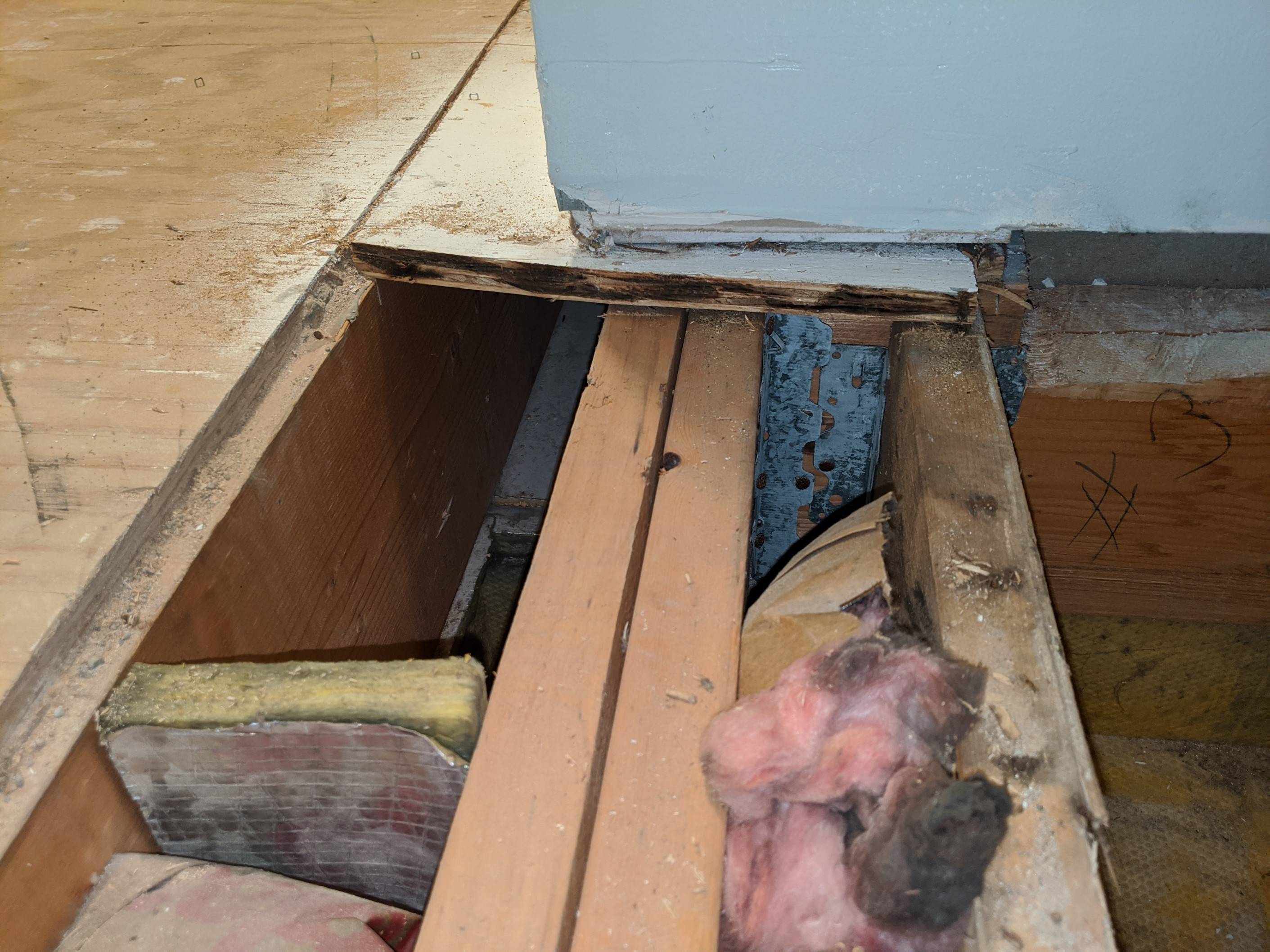 You could remove the floor board on the right, then drill a hole through the joist to allow a strong metal bar to be inserted into the joist.

Next get a strong beam some 4 or 6 foot long and support that on the joists either side of the one you want to lift with spacer/spreader plates. Now you can use a bottle jack with a chain to pull up the dropped joist. Make a U to stop the chain coming off the bottle jack.

Just one way to avoid too much work on the ceiling below, but it may still crack if it moves too much.

Not the answer you're looking for? Browse other questions tagged joists subfloor or ask your own question.