Is there a revolving small flat file for a drill?

I would like to file down (just a bit) a metal tube's end to make it completely flat. See a drawing of it in another question of mine on this site Fix a faucet that has a groove . Taking that drawing as the case, I would like to file it from what in the drawing is the top, in order for that top to be flat instead of having that groove. In reality the groove is very small, but it's big enough to cause a bit of a drip to pass through it despite a rubber part closing it from the top.

I was thinking that if there is some revolving small flat file for a drill, something like the following drawing (the flat black part being reminiscent of sandpaper): 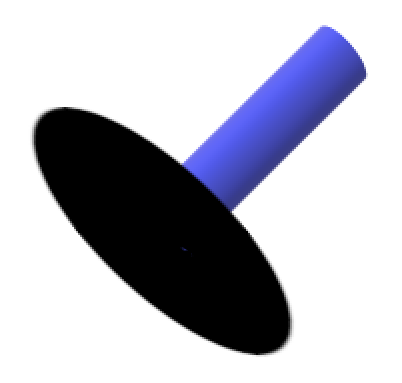 I could point the drill towards the tube and file the edge so that there will be no groove and the rubber part will close it hermetically. I can't get to the tube's edge from the side because it's surrounded by another tube which goes farther than its edge. But I can get to it from the top.

I remember seeing something like what I'm looking for but much bigger (and perhaps for wood) and I can't find any images of it now. I'm probably using the wrong keywords.

So does such a file exist, and if so, what is it called?

Perhaps the rubber part that closes on the pipe is called a compression faucet valve cartridge.

As mentioned in a comment, the term seems to be a sanding disc. But at least so far, I can't find any narrow ones with a diameter of under an inch. Do those exist? I just remembered where I've seen them - at the dentist. Though I assume dentists' tools would be super expensive. I just need an attachment for a drill.

Here's the best I could do (a cross section of what I have):

The dotted yellow line is what I need to file. Its diameter is a little under half an inch (around 1 cm). The green is the rubber part that's supposed to seal it.

It sounds like what you are describing here (and in the other thread) is called the "seat" for the valve stem washer, and usually that seat is replaceable for this exact reason. If it is replaceable, the inside will have a geometric shape, usually hexagonal, sometimes square (or the corners of a square cut into the sides of a round opening, see below), to accept a tool that us used to unscrew and remove it. Here is an example of a bad faucet seat, one with a "groove" in it like you describe. 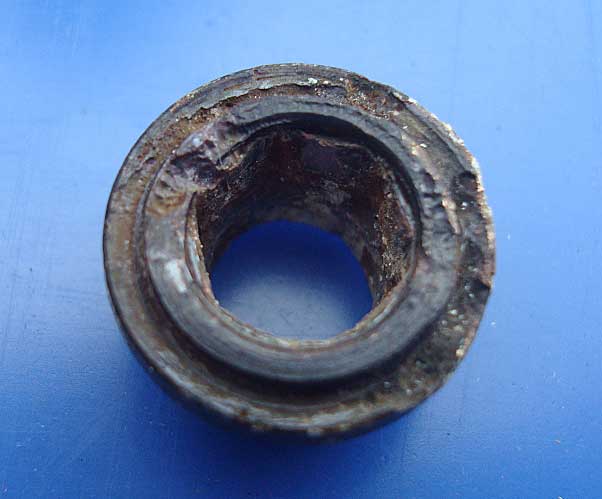 You typically cannot see anything but the end when you remove the valve stem, so you may not have known that this is a separate piece. But if you look on this photo, the insides are hexagonal, so you can use a hex key tool to remove it. They are almost always made of brass so that they do not corrode and become impossible to remove, but it sometimes takes some effort. Once you do so, take it to a hardware store and you can buy new seats, they are cheap. They will come in pairs, replace them both because if one is corroded, the other one probably is not far from it too.

Here is an example of the type that needs a square tool. 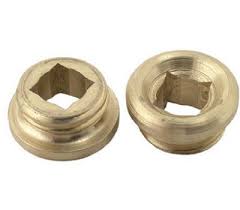 A sanding or grinding disc intended for a rotary tool will do nicely. Be aware that these tend to be very brittle and will crumble with even very light force along the shaft axis. 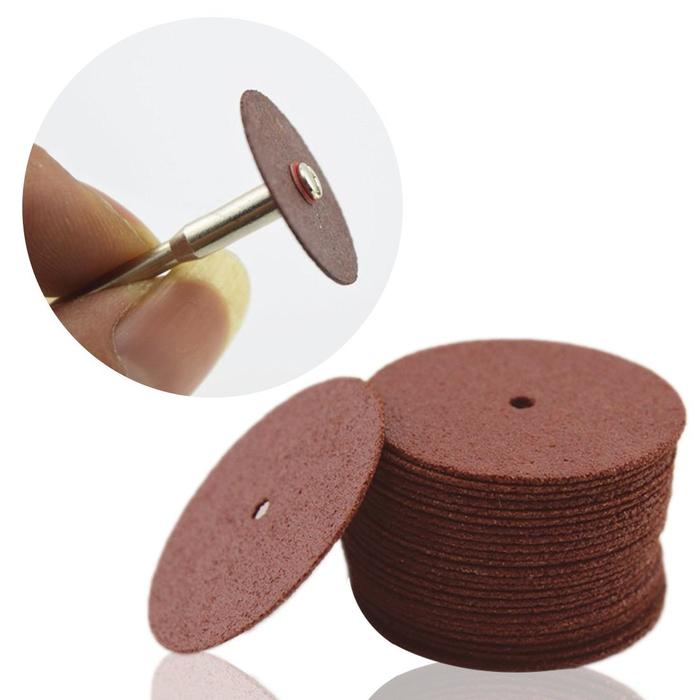 If you don't actually need to do any grinding, a cutoff bit might do as well. These are much more durable. 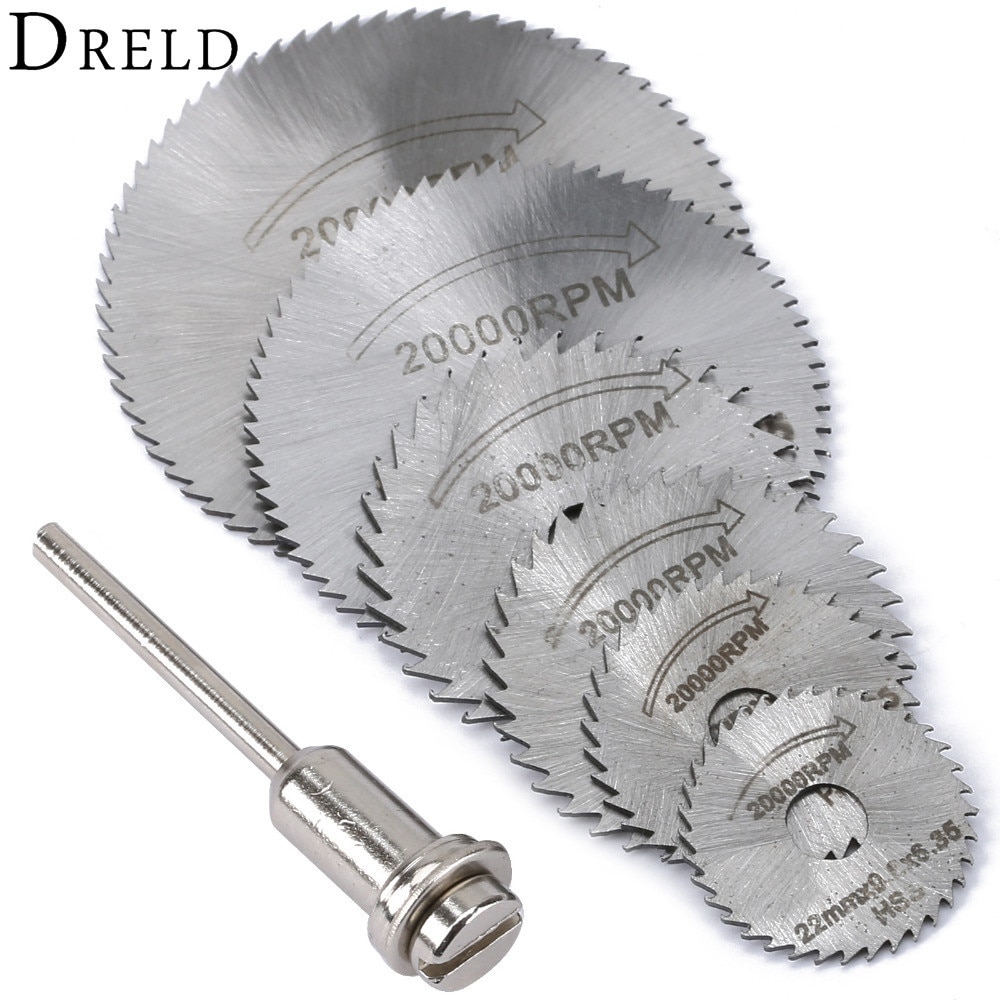 You may need a similar attachment that is a sanding drum for a Dremel - like tool. 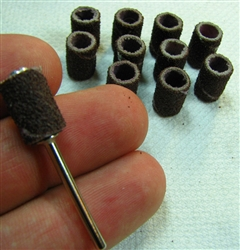 They're small diameter usually less than 1".

You might be able to take a spade bit and slowly rotate it on that yellow line to shave away excess material. Assuming the material is plastic or a soft metal like copper then it should work quite well.

Not sure how well you can control a drill but it might be worthwhile to put the spade bit on a screwdriver for better precision.

Not sure what size is appropriate for your application but below is a Bosch Daredevil spade bit.

Sidenote: it's my absolutely favorite because the screw head sucks into wood applications and I don't have to exert much pressure on the drill itself. 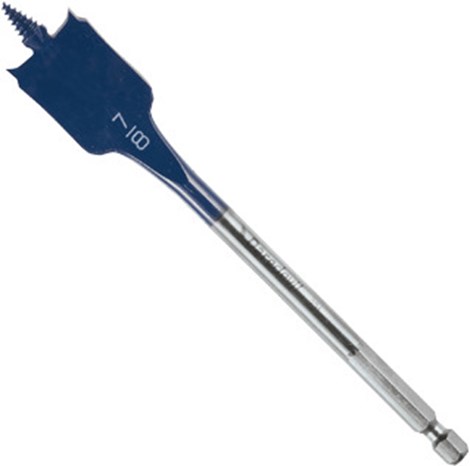 You could also get a grinding wheel if the sanding discs from the other answer are too brittle. 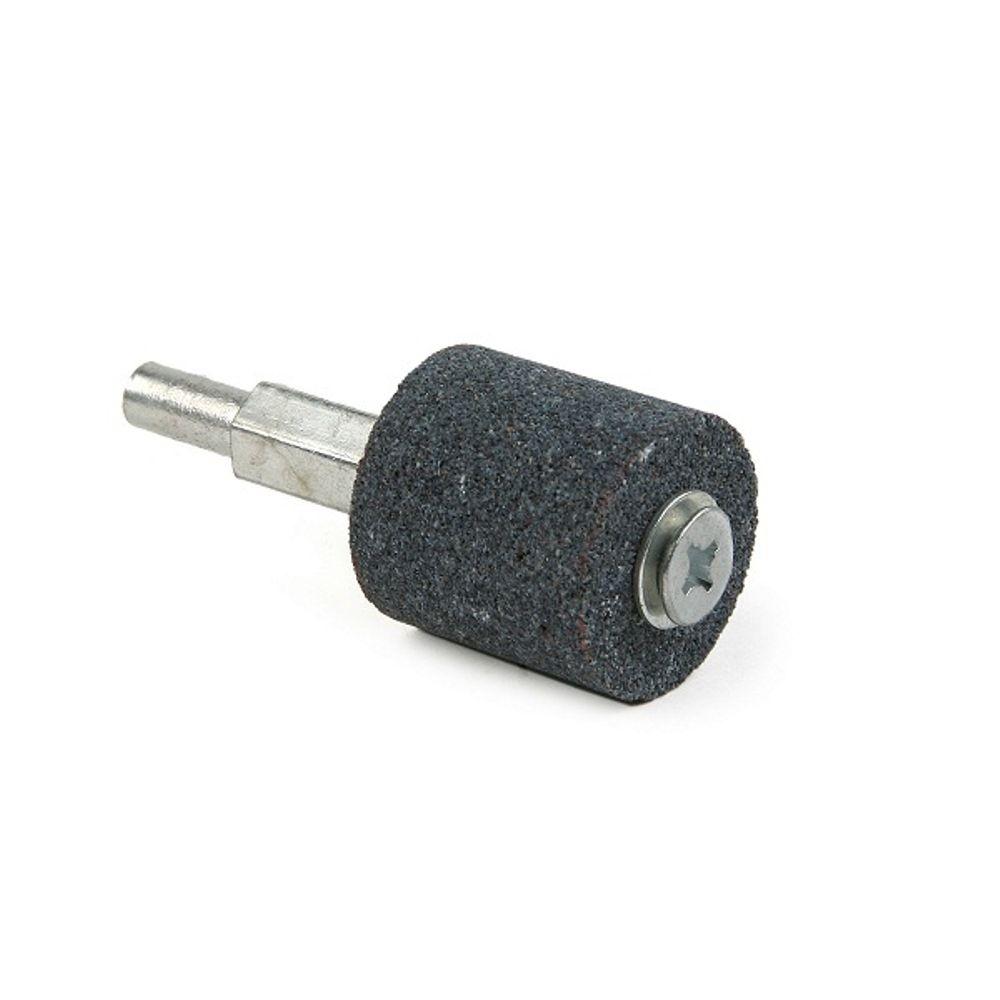 As mentioned in a comment, the term would be "sanding disc", and I've found that it's better to search for "sanding disc for drill". However all of those I've found have been too wide.

Perhaps a dentist's rotary sander would be best.

I did find something similar, thanks to the comments' help, which was an Aluminum Oxide grinding piece. I've even found one that's pretty narrow. Maybe I can use its top side.

0
Fix a faucet that has a groove

1
Just moved into a new house, what is this tube in the ground outside my wall?
1
Is my leaky faucet missing a valve seat?
1
Flat PVC Cap to fit a 3" PVC pipe
0
Leaking kitchen faucet
1
Refinishing options for metal sink drainplug?
0
Pipes freezing - different theories
4
Looking for short braided hose -- like faucet hose, but with two big ends
0
Where is it safe to connect drain pipe of RO filtration system?
0
What type of adaptor do I need to connect a female 3/8 OD faucet to this shutoff valve?