I have two ceiling rose lights in my corridor, I have managed to replace one without the need of any wiring connector. I achieved this because it had one Live, one neutral and one earth connector. So all I did was connect L and N to the new LED light and cover the earth wire with some tape. The new LED doesn't require earth

However, I have now realised the other ceiling rose has several wires(a search suggested that this is due that being the main one)

I did some search and found that when it comes to converting these type of wires, you need connectors (wago connectors) I don't understand the purpose of these, are these connectors really necessary? Can't the wires that can't be used, just be taped?

I'm based in the UK 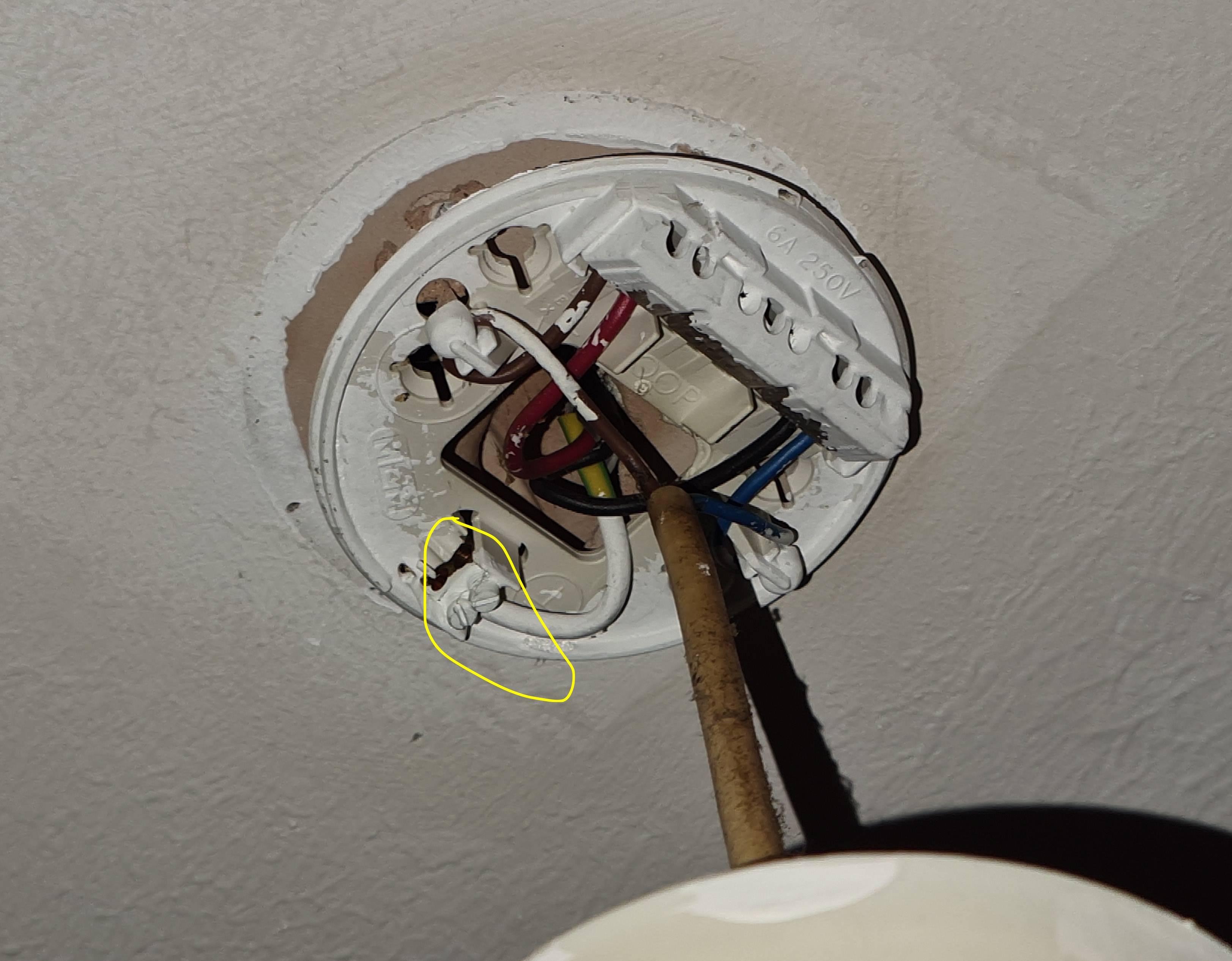 The following is the picture of the other ceiling rose, which I found to have too many wires on 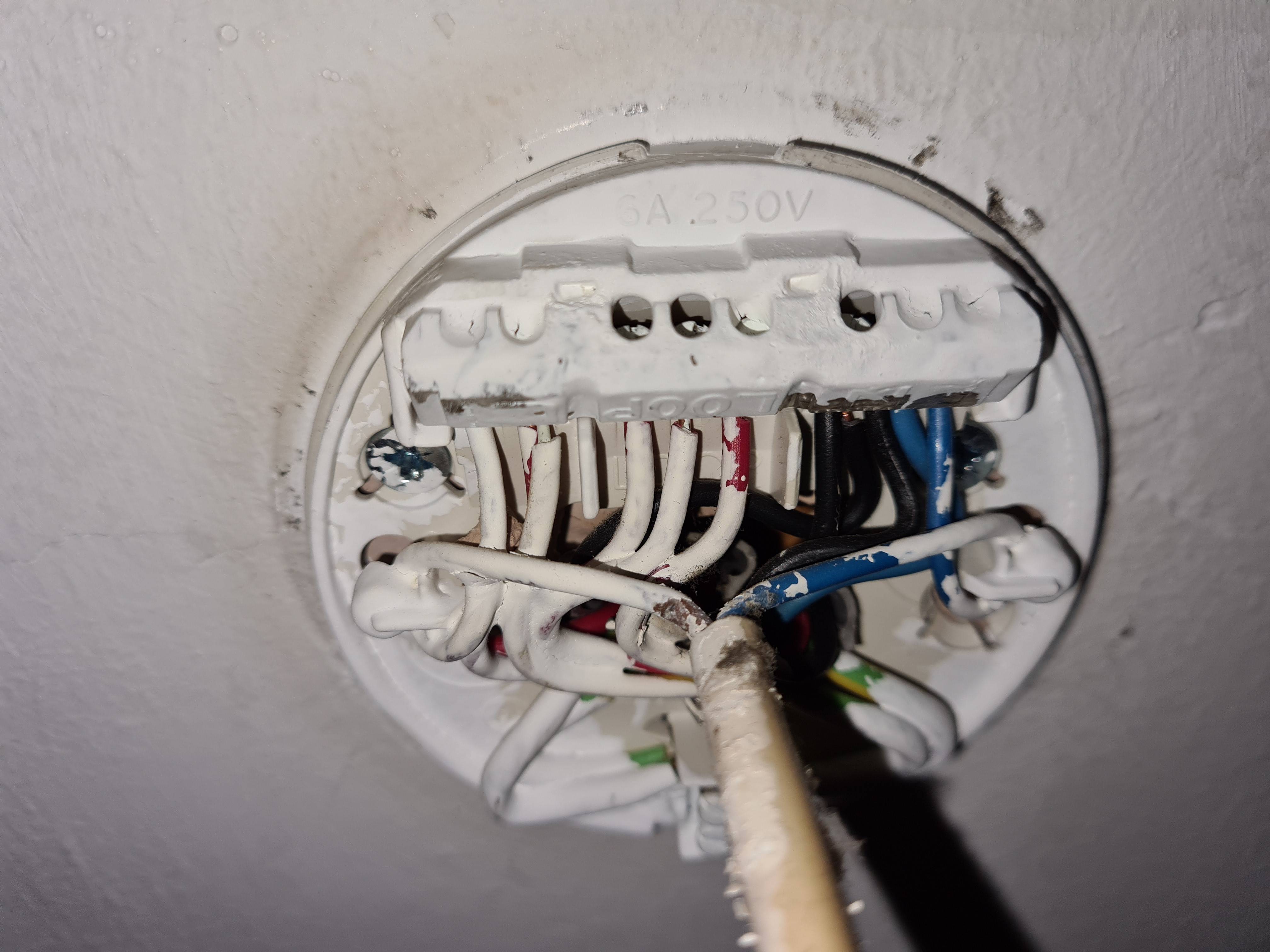 This is the photo of all the wires after being removed from the ceiling rose setup. 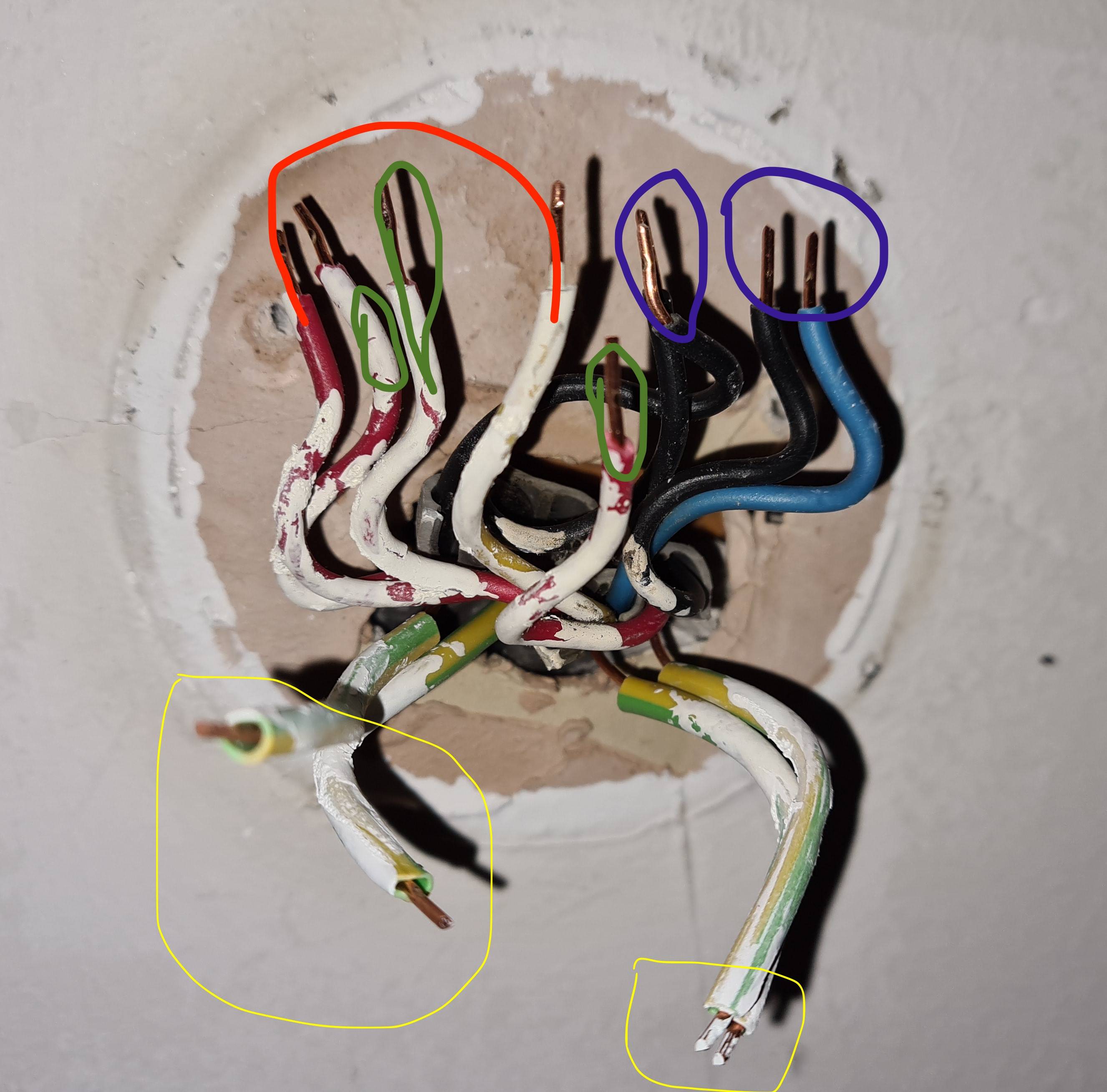 Marked in Yellow: 4 earth wires, connected in pairs - I'm thinking of putting this in a wire connectors of five

Marked in blue/purple: 5 wires connected to a 3 slot section(Neutral). these were connected in pairs of two black together, two(one blue and black together) and one blue that goes to the actual light - I'm thinking of connecting them to a wire connector of 5

Marked in green: connected to a 3 slots sections(Loop), all three were red wires were connected separately - I'm thinking of connecting them to a wire connector of three

Marked in red: three wires connected to a section of two(Live), one pair(consisting of a red wire and green/yellowish) and one red wire coming from the light - I'm thinking of connecting these to a three slots wire connector.

Do you think the setup I'm going for is correct?

Taping wires (rather than using proper wire connectors) is a recipe for burning your house down.

Whether it's just two wires or a whole bunch, a taped connection is prone to loosen, and arc, and start fires.

Don't know where you are in the world, but virtually any place with any sort of electrical code, that method will not pass. Regardless of code, you should be interested in not setting your house on fire. Interested enough to use a proper connector type available and approved in your part of the world, rather than "not understanding" but choosing to do electrical work anyway...

You cannot "just tape" any electrical connection! This will not meet the building/electrical code in any sane locale.

Wago connectors, wire nuts or other code-approved wire connectors are designed to provide a solid, vibration-proof mechanical and electrical connection between two or more wires. This will prevent the arcing mentioned above and prevent you from burning your house down.

When the wire insulation is stripped to the proper length, the connectors will also provide insulation preventing the hot & neutral from touching each other in the box, shorting out and causing a fire.

Your job has been made harder by paint. Your live wire needs to go where the wire from the pendant that is brown goes, your neutral wire to where the wire from the pendant that is blue goes. The existing pendant wire seems to have no earth, but at the back of the picture I see some painted over green and yellow wires; add the earth connection where those go. And when I say "where the X goes" I mean the terminal block. Do not attempt to form a junction with insulation tape.

No you must connect the wires that were connected with a suitable connector not tape. The reason one rose had more wires than the other rose is because one was end of the line. Lighting circuits are not normally a loop. And you still need to connect the earths as they will be going to the next lights and potentially earthing your back box at the switch 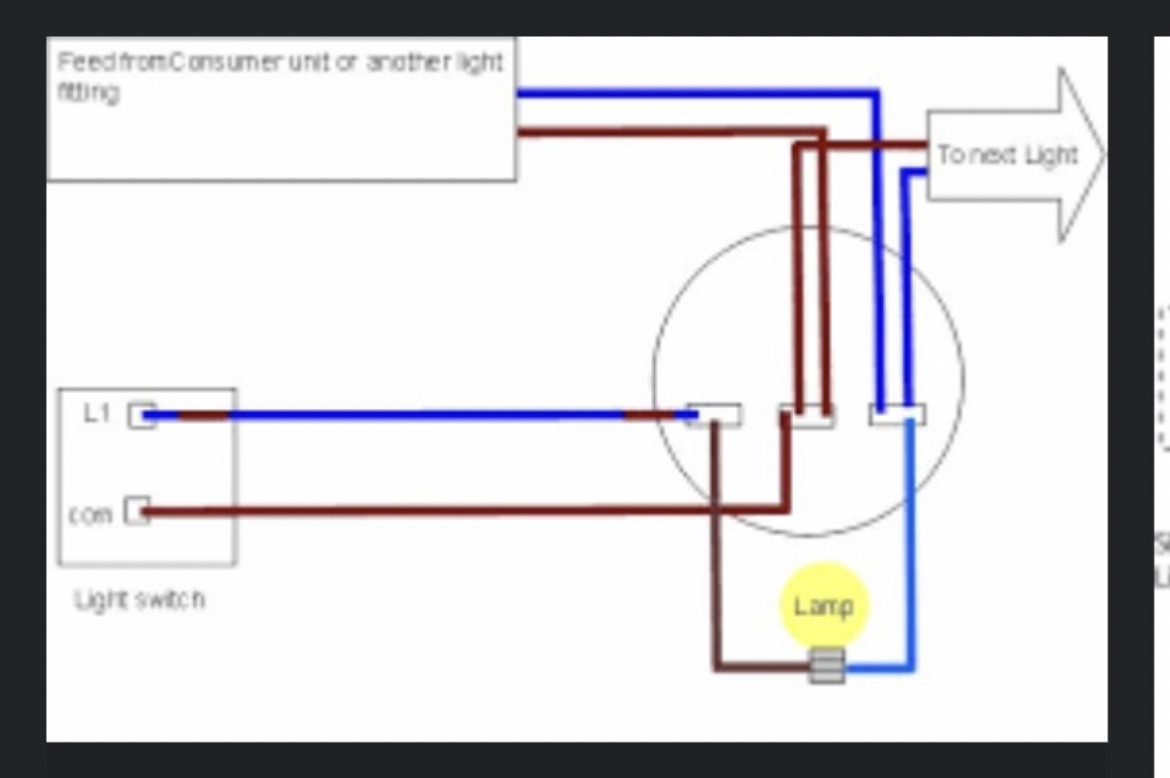 I added a photo to help you

Not the answer you're looking for? Browse other questions tagged ceiling light uk connectors or ask your own question.

3
How to wire a light fixture with 3 white wires in box?
0
How do I wire 2 switches to control a ceiling light?
1
Ceiling rose with twin wire, no earth?
1
My bulb is permanently on. Why?
1
My ceiling light won't turn off, how do I wire it up correctly? (UK)
0
Ceiling light with 6 wires
1
Help with replacing a light switch
1
Two black wires connected into a single black wire in light switch box
0
Wiring new light fixture to 2-wire ceiling rose