What is this part on my dishwasher, and why is it leaking?

I noticed our dishwasher was leaking last night. Below is a stock picture of the pump assembly, part #wpw10195599 which would actually be positioned upside down from what you see in the picture. The water appeared to be coming from the round hole that is circuled in red. I can only find the entire assmble for sale, but would like to try to fix the actuall part that's defective first.

Does anyone know what the white part is that's circled?

Does it make sense that that's where water could be leaking from?

If so, is there anything I can do besides replace the entire assembly? 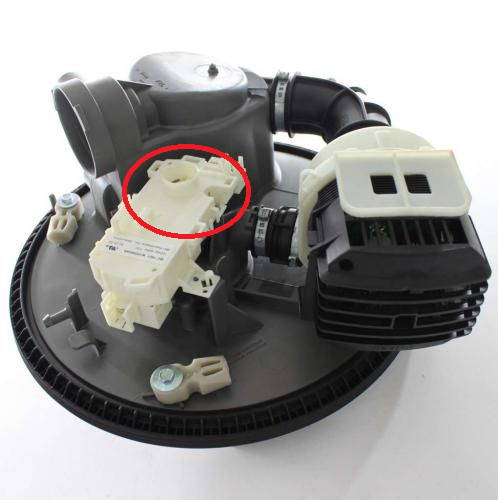 Not the answer you're looking for? Browse other questions tagged leak dishwasher pump or ask your own question.