The stepper motor / timers on our Fleck 4650 Control Valve for our well water softener dies when lightening strikes happen. I can't find the amperage rating for this device when it's in operation so I can spec the correct surge protector to purchase. Does anyone know what type of surge protector I should place on this or if I even should / can? 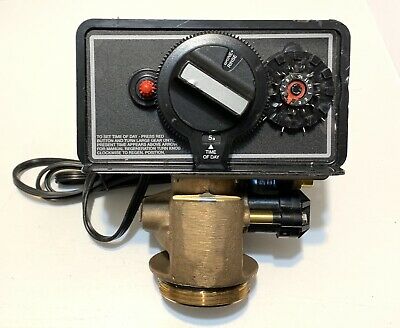 PS: I based in Florida, USA

It's probably very low power, but you can be sure its less than 15 amps since it runs off a normal 120VAC 3 prong plug. So, get a normal (but quality) plug-in surge suppressor (single port if this is the only thing you are trying to protect) and plug it in - don't overcomplicate the process. While you are at it, buy a spare so that when the surge suppressor gives up the ghost you can replace it quickly. The manufacturers of quality suppressors often claim to cover damage to connected equipment, though it's probably a pain to get them to pay up in practice.

You might also want to go over the grounding connections of the power to the well shed, and check for basic details like "if the well casing is steel (or other metal, which would be uncommon) is it tied into the grounding electrode system properly"

Not the answer you're looking for? Browse other questions tagged well-pump surge-suppression or ask your own question.

2
How many "layers" of surge protection is considered useful?

0
Adjusting pressure relief valve on well water
0
Water on surge protector
1
Air in cold water line from well. How do we replace the check valve?