How should I terminate this wiring and install a new outlet?

We bought a house with a old main panel and previous owners installed a sub panel in the garage they also had two very large dryer size outlets one in the wall and as expected and one nailed to a 2x4.

I thought I could get the Wiring for the 2x4 outlet completely out the wall but it is hung up in the wall. I also removed the 2nd dryer outlet and come to find out it continues on to an unknown destination.

I want to use the space in the sub panel to power a microwave, and for heat at a later time, but i needed to remove the 2x4 outlet because it’s unsafe. The 2 dryer outlet was incidental trying to follow my hang up from the 2x4 outlet.

What is the best fix considering, I want to terminate the 2x4 outlet completely and would eventually run new heating unit. Should I terminate both ends in a box and put one in the wall and one in my garage attic? Or is there another option? I can’t get it out the wall?

What do I do with this other outlet that has an unknown destination? 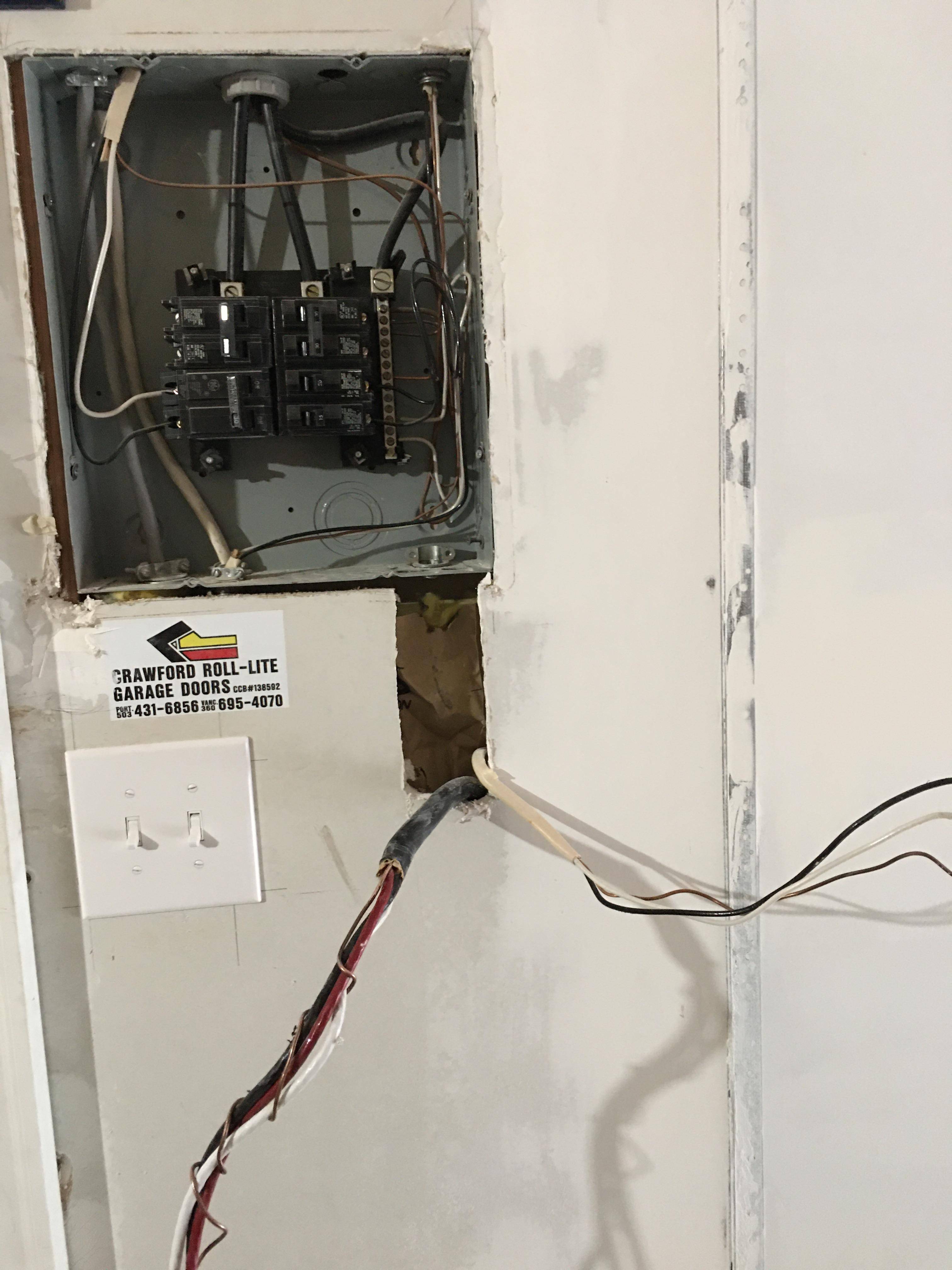 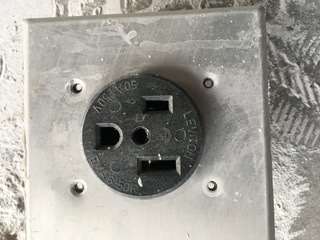 This is the outlet that was on the the 2x4, the other one is smaller and I will have to add it separately.

That feeder is HUGE and can support a heck of a lot more circuits than just 8. Let's make the most of that. You're talking maybe $150 here to do this right, and you'll be so, so much happier with the situation when you are done. Believe you me!

This panel already has a huge defect: neutrals and grounds are on the same bar - you can't do that! The ground is in fact a separate supply wire, but they've just wasted it by attaching it to the neutral bar. But that's typical: this subpanel job was C H E A P, and the guy skipped the ground bar to buy another latté, I guess. The last guy really liked latté's, clearly.

In for a penny, in for a pound

One of the worst electrical problems you can have is too small of a panel in terms of the number of spaces.

**Since you've already busted out the drywall, and are already "in it" for a bunch of drywall repair, let's yank that subpanel and replace it with a much larger subpanel - something on the order of 24 or 30 space.

If space is a factor, consider Eaton CH.

This panel has issues anyway; it's got breakers from 2 different manufacturers in there. That's not allowed. It's not a "brand loyalty" thing, it's a safety thing - breakers are not safe in competitor panels because the bus stabs are shaped differently, and they won't clamp on properly.

The "thru Romex" cables are interesting. There's nothing wrong with that. I bet they either terminate or splice in that switch junction box right below this panel. So you can pull them out of there and do the exact same trick through the replacement subpanel.

Now that you have 24/30 spaces, just go ahead and put the circuits you are removing ... back in the panel.

There's nothing wrong with those circuits as-is.

Although you are onto something - 3-wire dryer outlets (called NEMA 10) are dangerous and bad and must go. But these are not that.

The picture you showed is called NEMA 6 (specifically NEMA 6-50 for 50A) -- it is 240V with no neutral, but it does indeed have ground. Great for welders but even better for electric vehicles. Oh yes, I'd want to keep at least one of those in a garage! Resale value if nothing else. "Oh look, dear. They already have a socket for our charger! That's $1000 we don't have to spend. Let's make an offer."

You didn't picture the other ones, but if they are similar, that is fine.

The socket bolted to a 2x4, there is nothing wrong with that, that is called "surface mounting". That is fine if a) the socket is mounted inside a junction box (I prefer metal for surface mounting; it takes damage better), and b) the cable is reasonably protected wherever it is exposed.

So rather than untangle the potential mess of "what are these outlets and where do the wires go?", I would just go ahead and put them back in the larger panel, and not worry about them. Like I say, that NEMA 6-50 is legit and is pure resale value. Can't speak to the others, haven't seen them, but they sound fine.

11
Would running a new subpanel in parallel meet NEC requirements? If not, what should I do?
1
How should I end this wiring?
1
Adding a sub panel in my basement
2
Help running romex and conduit for new outlet through cold air return
1
Flush Mounted PVC Electrical Junction Box or alternative ideas to supply two sub-panels
1
Wire Size 100amp sub panel?
7
Was this installed to code and is it still to code?
2
How do I break the ground/neutral bond in this sub panel?
0
What TYPE of wire should I install to future proof this install?