I'm trying to replace an old Mears M21 SP thermostat controlling the baseboard heater with a new one (Honeywell RLV3120A to be specific). Problem is, the old thermostat has 3 wires (Black, Red, and White - all connected to the respective wires in the box). The new one is a simple 2-wire setup (I assume merely acting as a resistor in the circuit). What would be the right way to wire the new thermostat? Thank you!

UPDATE: Ignoring the White and connecting the Red and Black to the new stat didn't work - the stat never turned on. I've done some troubleshooting and this is what I see:

Checking the voltage across all of those gives me the following:

Has anyone seen the setup like this in the past? :-) What I suspect could be done is the following:

This is basically similar to what one of the comments suggested except it stipulates that Red and White are the Power and Load ones. But I'd really appreciate some advise before I burn a circuit or do some other very bad thing. :-) 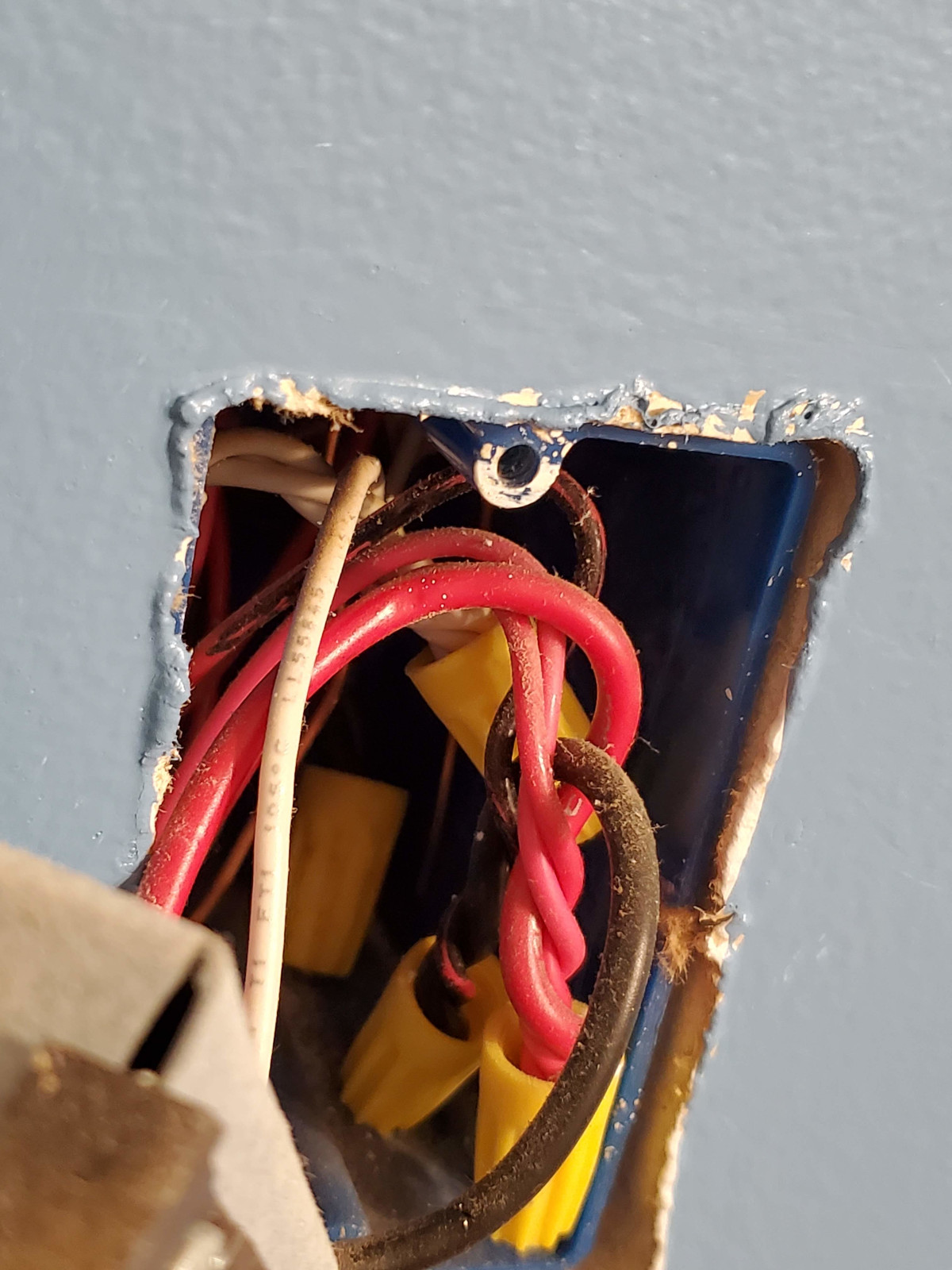 The M221sp is a single pole that uses the neutral for a heat anticipator feature, which is really almost pointless with a baseboard. The Honeywell you indicated doesn't have that feature.

After you connect the new stat you will have one less wire in the wire connector with the remaining whites. Sometimes when installers twist the wires so hard that the wires spiral I have found the internal metal cone in the connector becomes flared at the tip and won't thread onto a new connection well. It would be a good idea to replace the wire connectors or at least be very sure that the existing connector makes a good bite, it could be most problematic on the white splice since it is now smaller.

Not the answer you're looking for? Browse other questions tagged electrical wiring heating thermostat or ask your own question.