How can I level and secure retaining wall steps?

We have some retaining wall steps that are in dire need of repair. We would like to re-level some of them and re-adhere all of the cap stones so they no longer rock.

Is it possible to create a spacer between the cap stone and the retaining wall block to level the stairs instead of having to dig out the entire step? If so, what would be the best way to create the spacer?

It looks like a previous owner has already done this with some sort of mortar on some stairs. I was thinking after using mortar or a plastic shim as a spacer, then using some polymeric sand to level the step. But then how would I adhere the capstone? 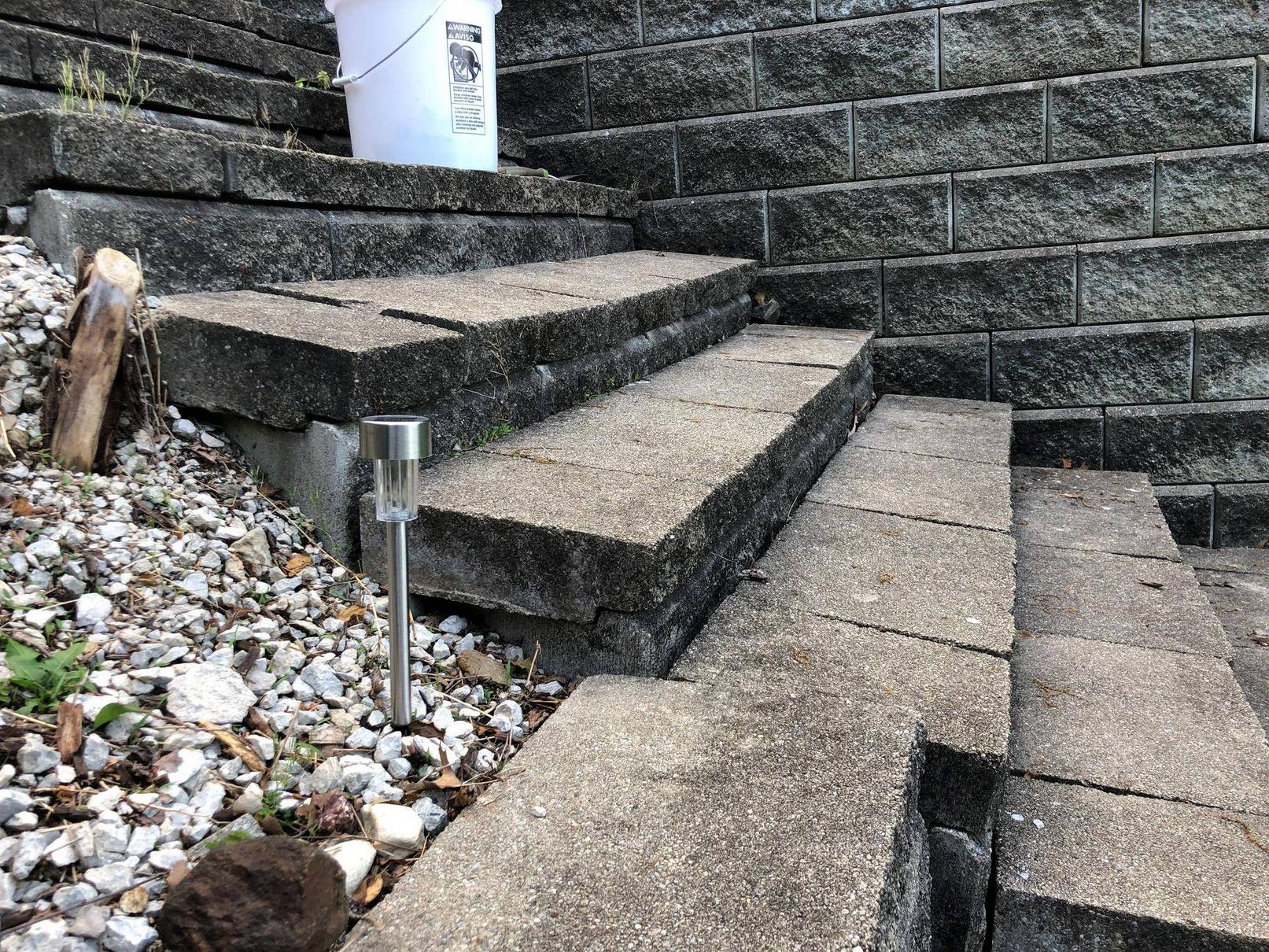 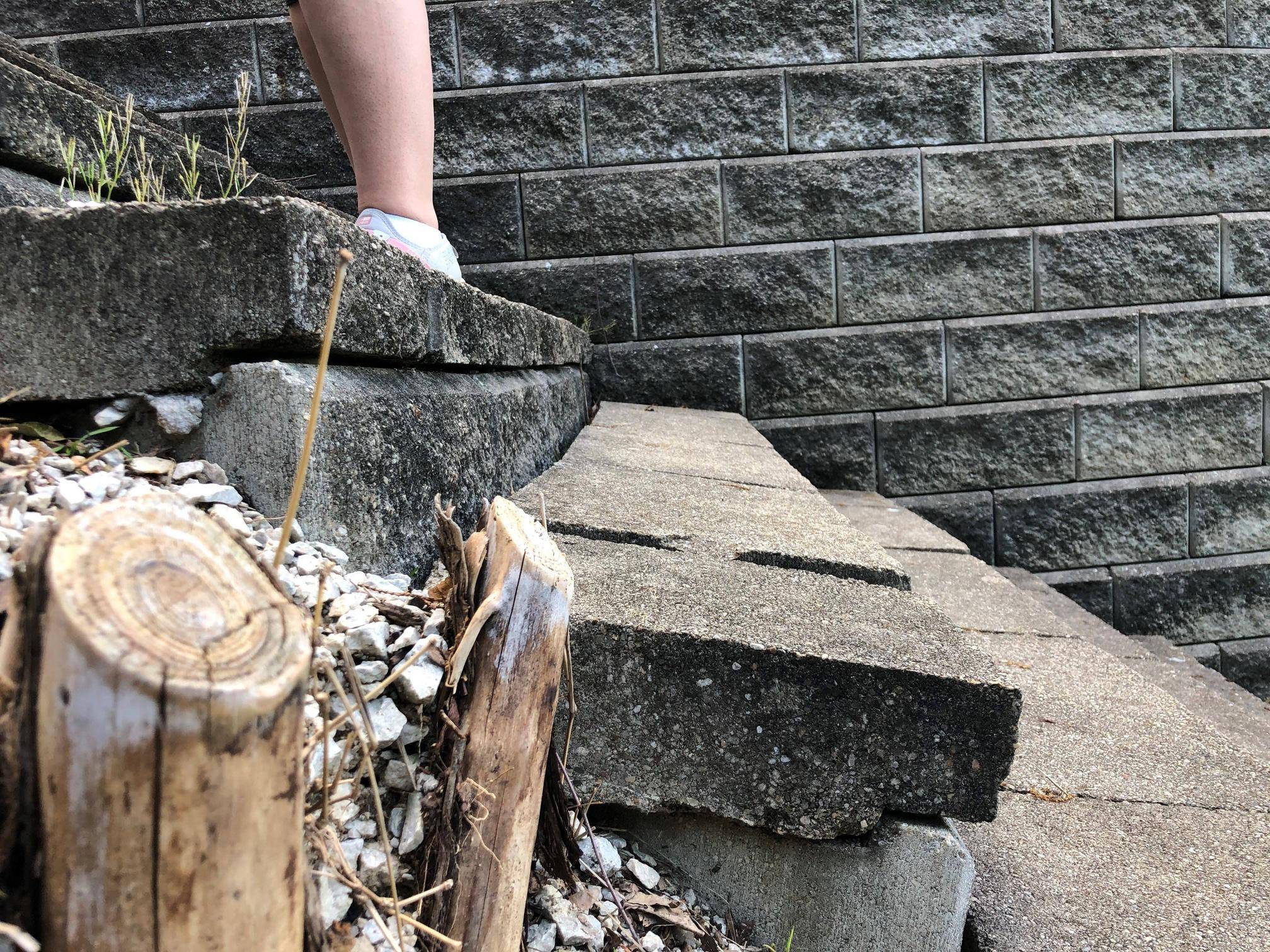 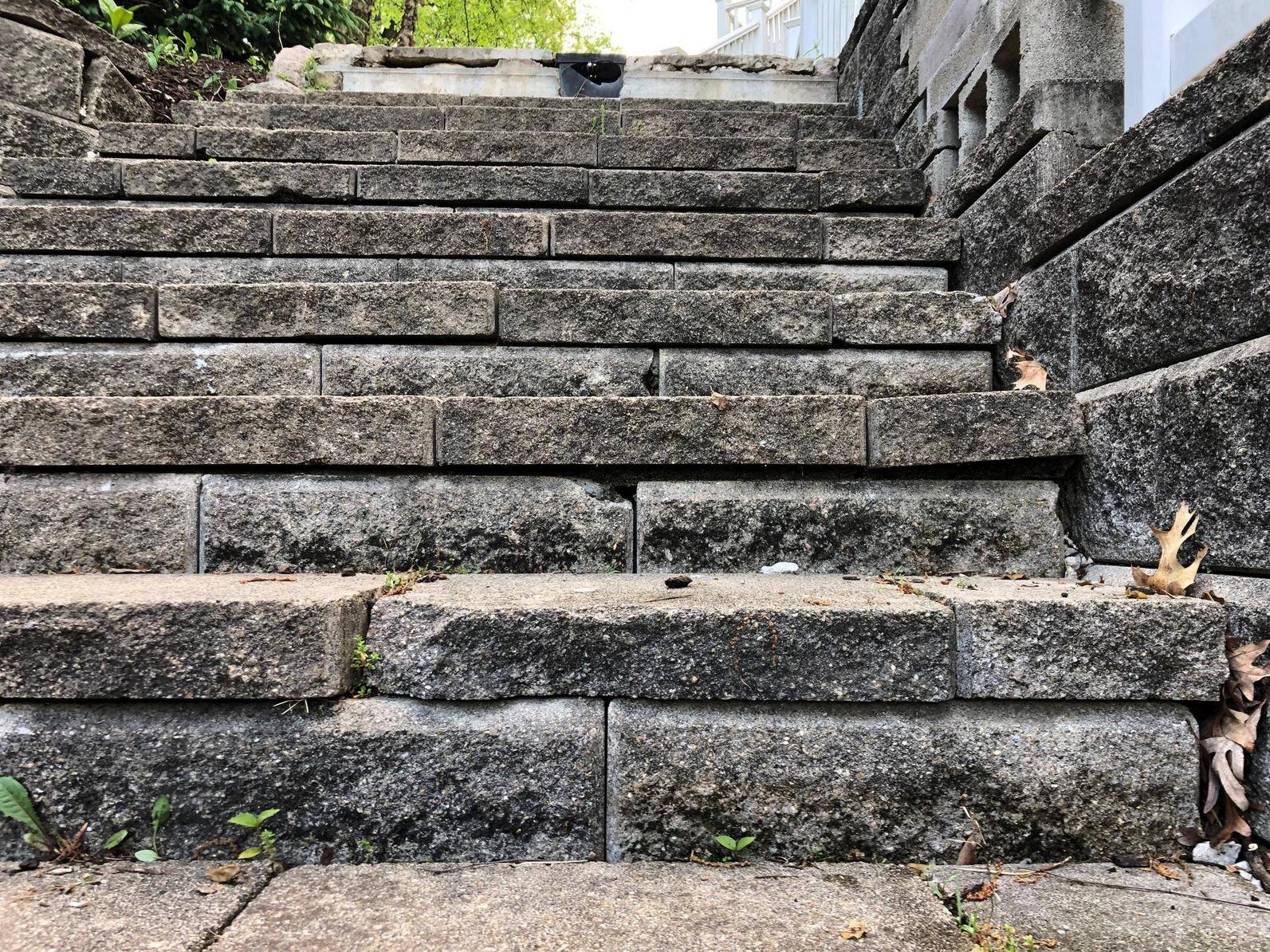 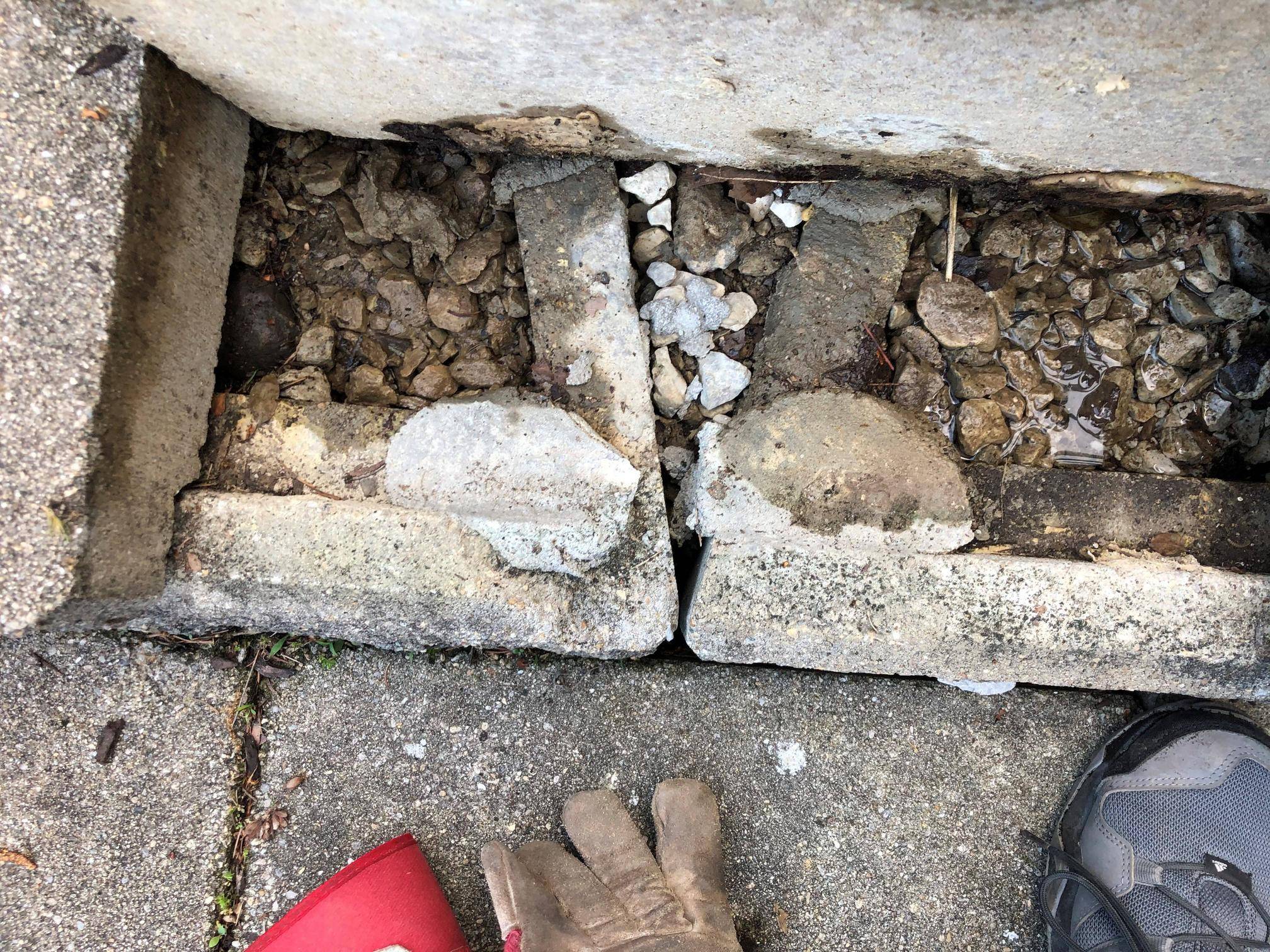 repair stairs retaining-wall
Share
Improve this question
edited May 27, 2020 at 15:53

Trying to quick fix masonry in the pictured condition is most likely not the way to go. Remove the treads and rebuild the the footing under the riser with pea stone, backfill with sand or pea stone and replace the treads. Slanting them downward is not a good idea if you live in a place where water freezes in the winter. If you want to add adhesive between the riser and tread use liquid nails for masonry. Iâ€™ve done tons of block stairways, to last they need to be relaid.

Have you thought about forming a new set of concrete steps over the existing? You could lay new stone in the concrete treads to retain some of the original look.

Not the answer you're looking for? Browse other questions tagged repair stairs retaining-wall or ask your own question.