4 wire switch with 3 wires in wall

Please help. I am not sure what my electrician did when wiring my new office. Here is a picture of my problem. 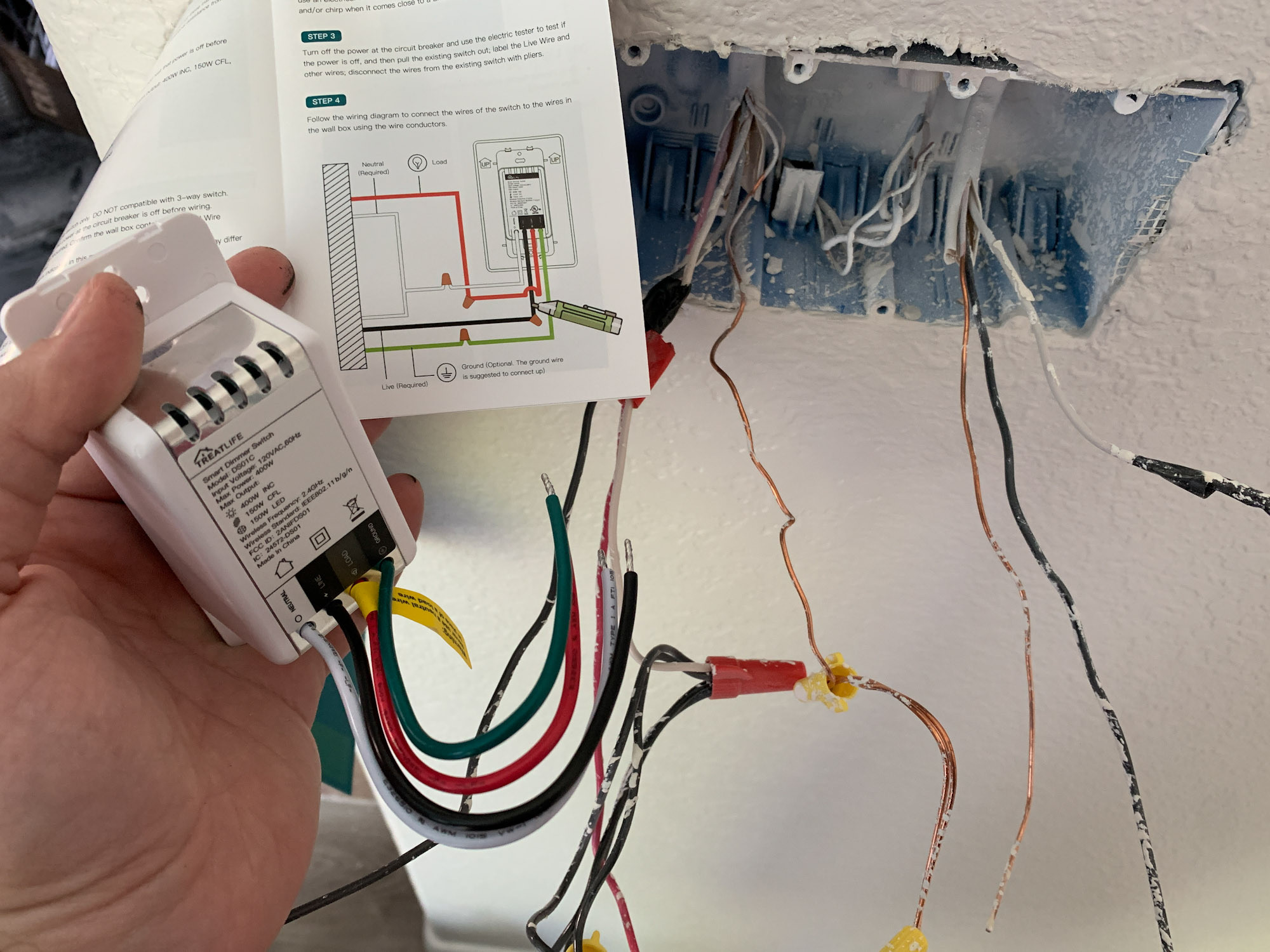 So, I have 4 of these switches. Each switch has 4 wires coming out of the back. Neutral, Line, Load and Ground.

I see the 4 black wires for power, the 4 copper ground wires. I am just at a loss for where to put each wire and it looks like there are only 3 wires per switch, not 4. Does one just get capped off?

I asked my electrician and he said the red and black wires on the left are to go to the fan (1) and light (2). Then the black wire on the right goes to the overhead desk light (3) and the white wire with black tape goes to the spot lights (4).

And the white wire in the middle with red tape that is capped to 4 black wires provides all the power.

This is out of my wheelhouse and he is no longer responding to my requests. Maybe because of the long weekend. But, I’d like to get these installed today. Any help would be appreciated.

electrical dimmer-switch smart-switch
Share
Improve this question
asked May 25 '20 at 18:39

Those switches can't be used because they're dreck

You can't use these in US mains wiring because they are unlisted dreck from China. They lie about being UL Listed, and they pay people to write them positive reviews.

If it had a UL listing, it could be sold in retail stores, but it can't get one because it is inherently unsafe. Looks very pretty - they're good at that - and will burn your house down.

This happened to you because you bought this off the Amazon Marketplace flea market. Note how the seller is not Amazon. 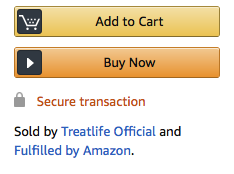 This stuff is basically eBay, and it all comes from China, and they use the Amazon warehouse system to dodge the import laws.

All these circuits are old style pre-2011 switch loops

Which have been outlawed since NEC 2011 landed. I don't know what this electrician was thinking (are you in a FEMA built trailer? Those are at NEC 2005) but yeah, these are no-go. The electrician needs to bring neutral down from the light, using what will certainly have to be smurf tube to bring down the 6 wires required. (hot, neutral, plus four switched-hots for the various things).

Smart switches are the entire point of the NEC 2011 code change.

What's more, the "electrician" brought down the 5 wires in 2 separate cables. This is not allowed for a bunch of technical reasons relating to EMF, vibration and eddy current heating.

This is out of my wheelhouse and he is no longer responding to my requests.

Because it seems to be also out of your "electrician's" wheelhouse. Your demands just exceeded the person's abilities... and that person wants to get paying work from other customers not learn a bunch of stuff and fix your work for free. If you paid the person through one of those gig sites like TaskRabbit, exercise your right to refund etc.

You will be able to wire switches to the left cable only, but you will need the "No Neutral Required" variety.

The right cable is unusable. What was the person thinking?

I thought these were 3 switch loops. They're not.

Your handyman (I'm sorry, I cannot keep calling this person an electrician) wanted to drive 4 lights, which using old-style switch loops (outlawed in 2011), required 5 conductors. "You should have asked for neutral for smart switches" -> no, NEC 2011 already says that is required. The handyman was of the notion that the 2011 rule doesn't need to be followed if it's hard. Which isn't true at all!

However the bigger problem is the use of 2 separate cables to make up the 5 conductors. You just can't do that.

I don't know, shrug, maybe your local inspector has decided the laws of physics do not apply in this jurisdiction, and allows it, in which case it could be fixed by replacing the right-side /2 cable with a /3 cable. But this does not excuse failing to actually do that.

Regardless, it's work for somebody.

Not the answer you're looking for? Browse other questions tagged electrical dimmer-switch smart-switch or ask your own question.