After turning off my breaker, I recently removed an old ceiling fan only to discover a junction box with two white wires and two black wires and a bare copper wired (GND). Upon removing the fan, I noticed that the four halogen lights in the room didn't work anymore...

I checked with my volt meter and found that one of the black wires in the junction box is always hot while the other is regulated by the switch. I looked in the switch box, and to my surprise, I found:

I want to be able to at least turn on the four halogens and the light fixture with the switch. Ideally, however, I would like for the light fixture and the ceiling lights to turn on and off independently with a double switch...

To be honest, I've fooled around with this a little too much and I'm planning on hiring an electrician to finish the job, though I would like to get an input on how this could be done regardless. Any input is greatly appreciated! 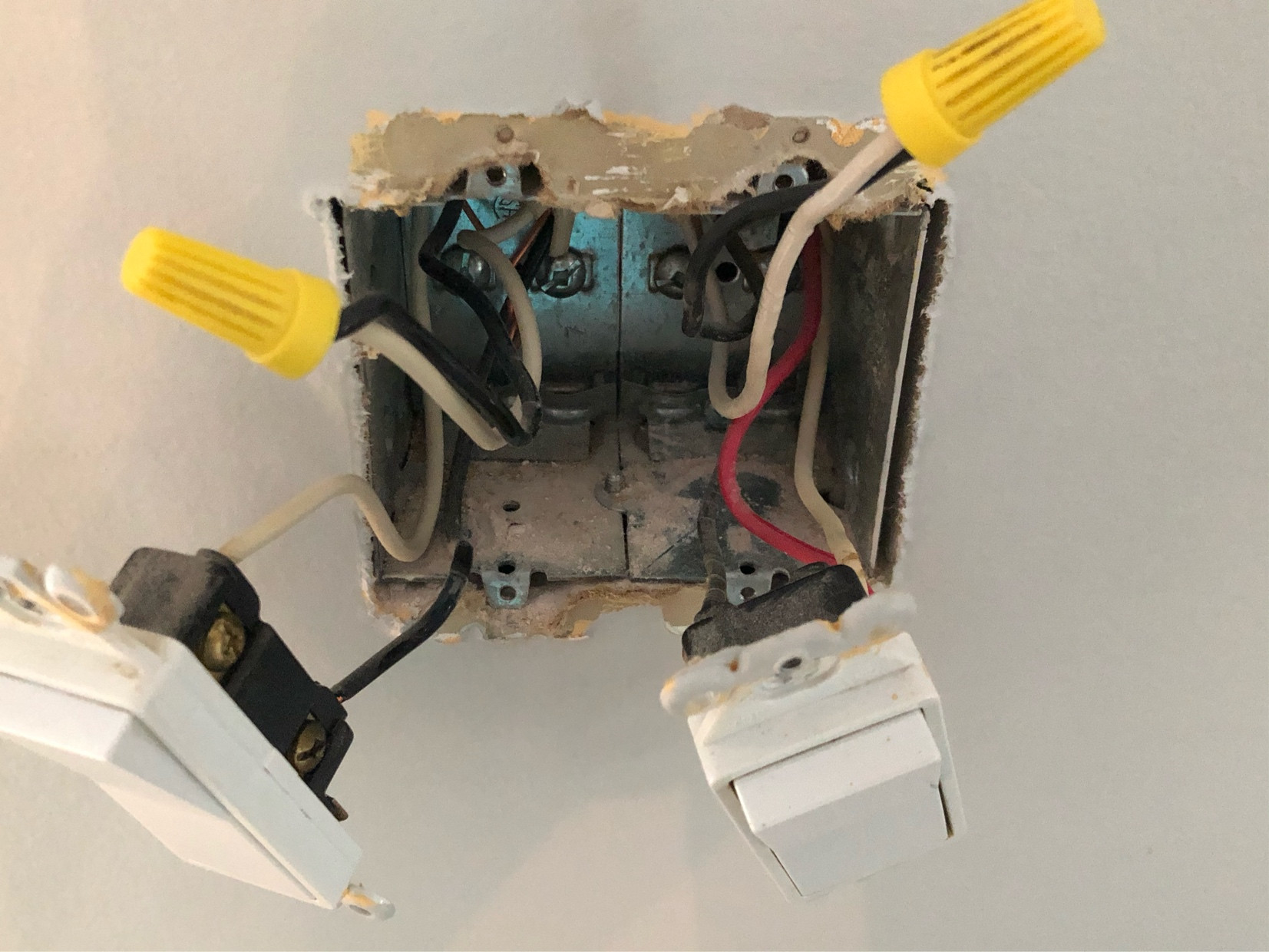 The left switch is for the outside porch light. The right one is for the ceiling lights.

Browse other questions tagged wiring light-fixture light rewire or ask your own question.