Where do I place drywall screws when fixing nail pops?

I have a few nail pops I would like to fix and want to be sure I am putting the screws in the right place. The nail pops are along the edge of the ceiling where it meets the angled portion of a ceiling that connects to a dormer (see pictuere). The pops are about 15-16" apart. Do the screws go on either side of the nail head (1 - 2 inches away) along the line where the two drywall pieces meet, or perpendicular to that? Basically, do the screws go along the red line in the picture, or along the black line? 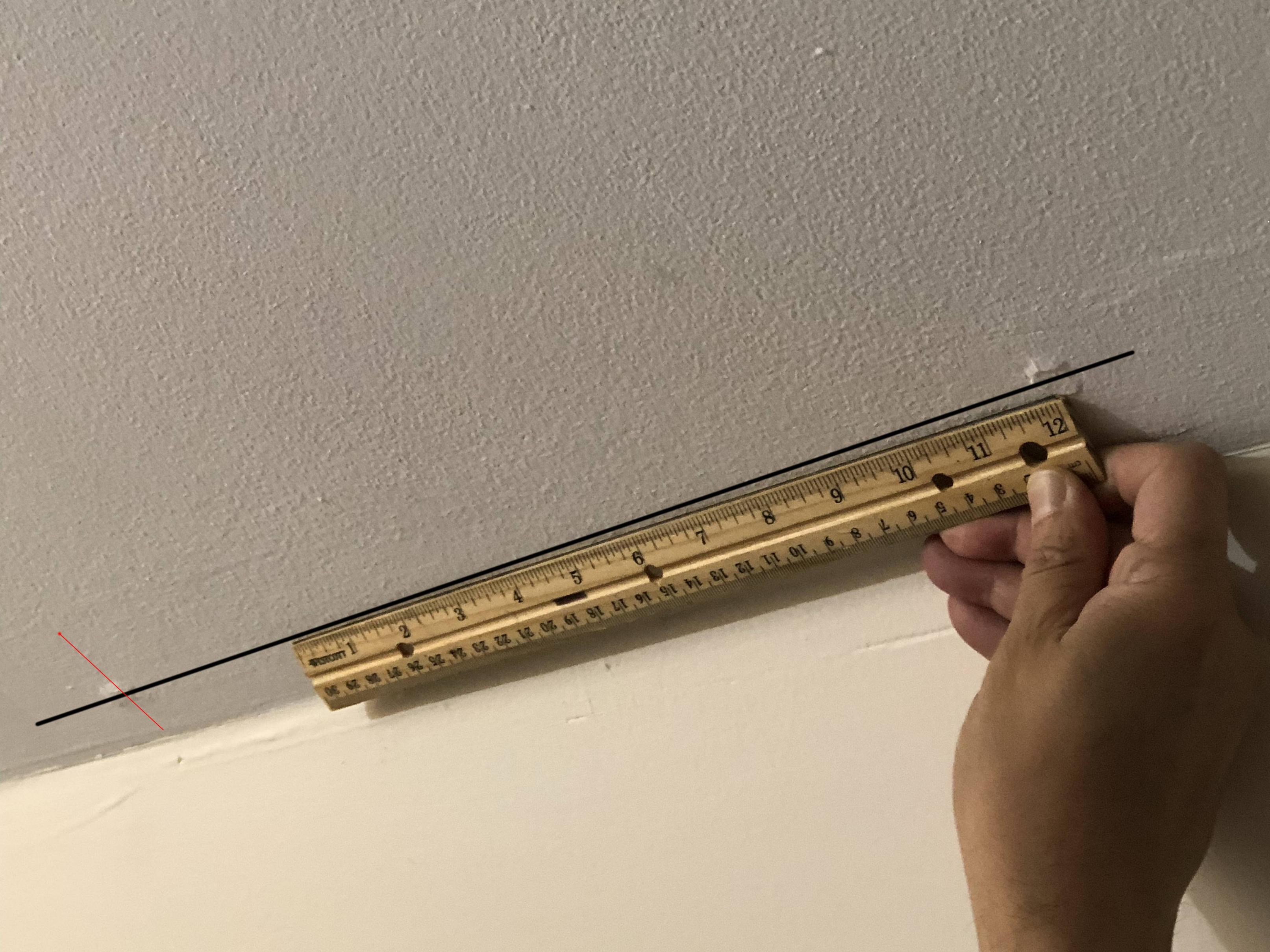 repair drywall ceiling
Share
Improve this question
asked May 22 '20 at 20:53

Considering that this occurred on the ceiling beneath a roof space I wonder whether you're seeing the effects of a phenomenon called truss uplift. It's a very normal occurrence. In a nutshell, varying temperature and moisture content in the wood members of a roof truss can cause the lower chord to lift upward; it then floats above interior walls. When the truss moves up in this way one (or both) of two things happens: the drywall stays down with the wall and the nails back out from the truss, or the drywall moves with the truss, tears the joint tape, and a crack appears. If the nails back out from the wood when the truss lifts up then when the season changes the truss chord will relax downward and push the nail through the finish.

The solution is this: don't fasten drywall to the truss within 12-16 inches of an interior wall. One could drive the nails back in but they'll pop again. One could use screws that won't back out but it'll fail in some other, possibly worse way.

If you have access to the roof space above this place you could attach wood blocking to the top of the wall between the trusses. Remove those nails that popped (and don't replace them) and instead fasten the drywall to the new blocking.

If you don't have access to the roof space then just remove those nails and patch the texture.

Bmitch is correct. We can not advise you until we now what direction your joist are running, Parallel or Perpendicular to the wall.

Get a stud finder and do some investigation.

You can try to sink one between the wall and popped one. For the room side of the popped one it could be 1 inch or 14 1/2 inches. Your joist should be 16" on center so if it runs parallel to the wall the next joist "should" ( but may not be exactly ) be about 16" from the wall. If perpendicular than 2" from the wall will have structure as well as all the way across the room on that same plane.

Not the answer you're looking for? Browse other questions tagged repair drywall ceiling or ask your own question.

2
How do I reduce the number of screw pops in my drywall?
16
What is the best method of hanging drywall on ceiling?
3
What did I drill into?
0
How to handle joint between uneven ceiling drywall?
3
How to confirm screw is attached to stud through wood plank and dry wall?
0
Cracked rafter fix and loose truss plates
0
Drywall installation when ceiling joists lower at the edge
1
Can I use any coarse drywall screws when fixing nail pops in the ceiling?
0
Ceiling drywall separating from trim sign of bigger issues or bad installation?
0
Drywall tape peeling along ceiling edge