Mounting a 1-gang alarm panel over a 2-gang hole

The OmniPro II keypads (model 33A00-1) are designed to be mounted either directly on the wall, on top of a single-gang electrical box, or on top of a 2-gang box. In this building, the original installer elected to install using a 2-gang low-voltage ring.

For the new Elk M1 system, the keypads I have are model M1KPNAV (touchscreen) which are designed to mount either directly on the wall or on a single-gang box that is horizontal. The entire new keypad unit is only the size of a single-gang wallplate, so it won't even cover the 2-gang hole.

I really don't want to have to deal with drywall and paint matching - this project is difficult enough without all that. Also, there's a lot of alarm wire in the walls around the panels and I kind-of like being able to take the alarm panel off the wall to be able to reach it.

I know I could just cover the existing hole with a blank faceplate and drill a new hole, but I expect that will look really bad (and won't be approved by other stakeholders).

One thought I had is illustrated in the image below. I should be able to take a regular blank 2-gang faceplate, drill some holes in it, and mount the keypad on top of it. 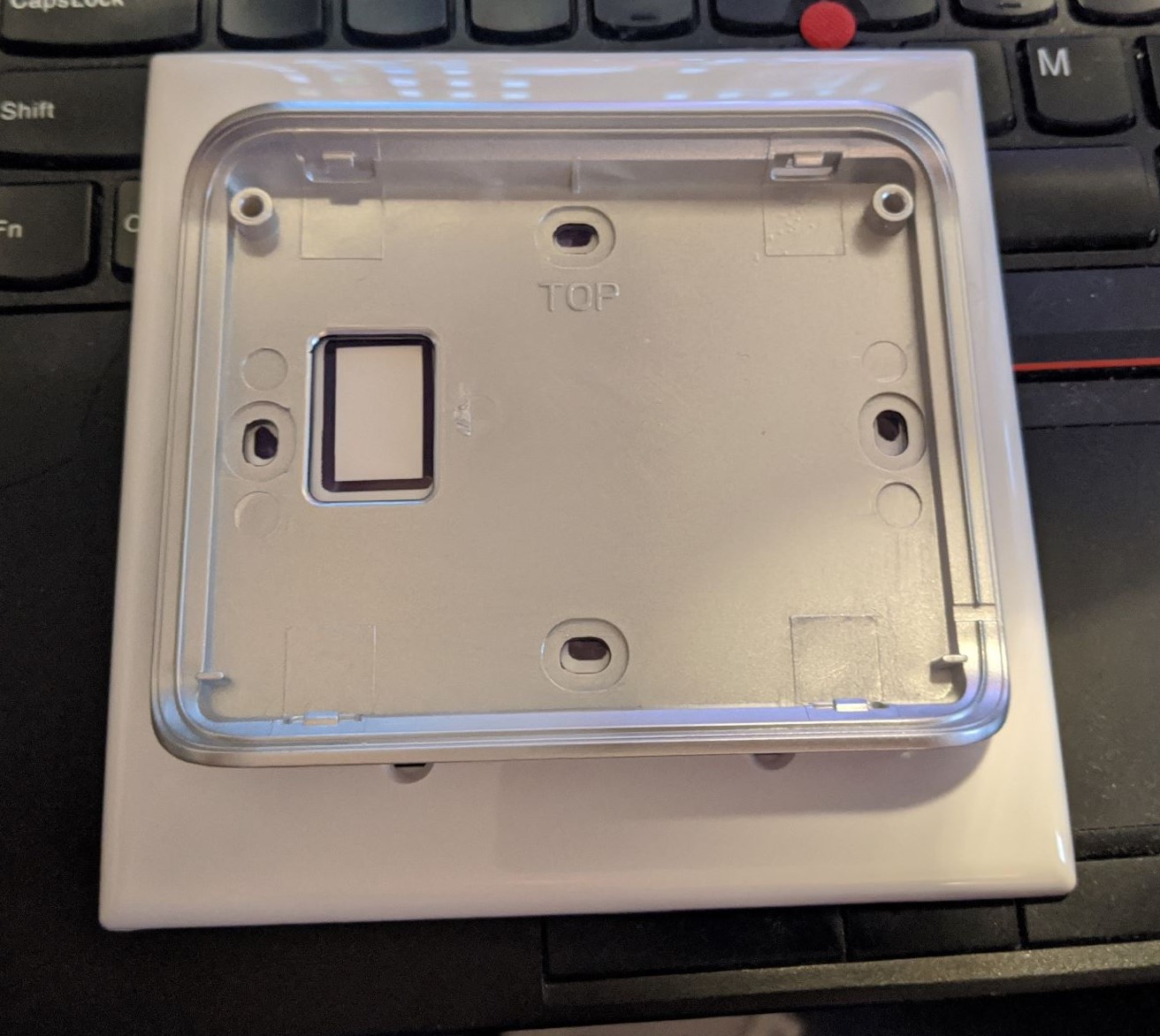 Does anyone have any other ideas for how I can mount these keypads?

Well, it seems unlikely to be easily solved with a 2-1 gang reducer, or at least I've not met one that also turns the single gang 90 degrees. With a 4 or 4-11/16 square box you just use a one-gang and it could be mounted either way, but that's not what you have.

Not the answer you're looking for? Browse other questions tagged low-voltage cover or ask your own question.

2
Can I use an over-rated transformer for a low-voltage lighting circuit?
0
Insulate back of high and low voltage gang boxes in attic
4
Does code allow for in-wall mounting of low voltage transformers?
4
Class 2 transformer wire (only) through electrical panel?
0
Install old work low voltage bracket in too big hole
2
Is there a good way to get 12v into an electrical box?
1
electrical box mounting hole doesn't align with cover plate
0
What To Cover Hole With