How to change the bulbs in this hanging light fixture?

There is an UN-removable circular plastic part stacked to the glass ribs that is smaller than the diameter created by the bulbs inside. Therefore the lantern cannot slide off over the bulbs, Nor can I reach up from underneath.

I am about to call a contractor just to change a bulb.

What kind of lantern is this? Any ideas?

How do I change the bulbs in this fixture? 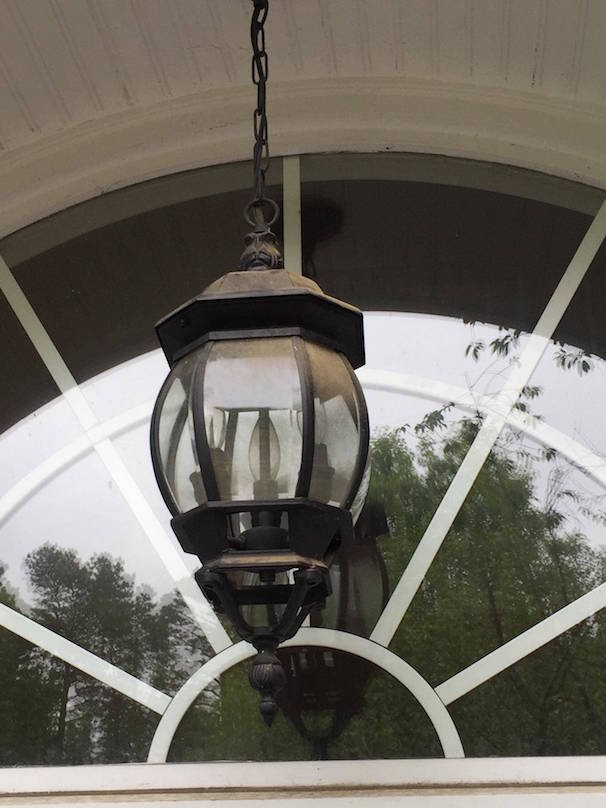 Here's one possibility. The lantern may attach between the cover (the octagonal part at the top) and the fixture (the glass bits etc.). See this manual for a very similar if not identical fixture.

If that's the case, then either like that manual suggests there will be a couple of "decorative" nuts hidden that attach the two, or it's possible the fixture screws into the cover itself (less likely with a squareish shape, but who knows what could be under that). If the latter is the case, we're not talking a bell jar type screw, but one where it screws maybe a half turn from an "open" position to a "closed" position.

Decorative nuts can be hard to spot, since they're intended to be hidden, but there's likely 2 or possibly 3 - so see if there's some different thing either on opposite sides or in a triangle that might be hiding nuts. I see something that looks like it could be a nut on the left side of the picture.

Not the answer you're looking for? Browse other questions tagged hanging bulb or ask your own question.