Do breaker trip curves ever begin BEFORE the load printed on the breaker handle?

It's commonly accepted that the continuous load of a circuit should usually not be more than 80% of the rating of the lowest ampacity link in that circuit.

Do breakers ever 'enforce' this de-rating by being designed to intentionally trip at a load lower than the number printed on the handle?

For that matter, do any breaker's trip curve begin before it's displayed rating? Are such breakers in common use? 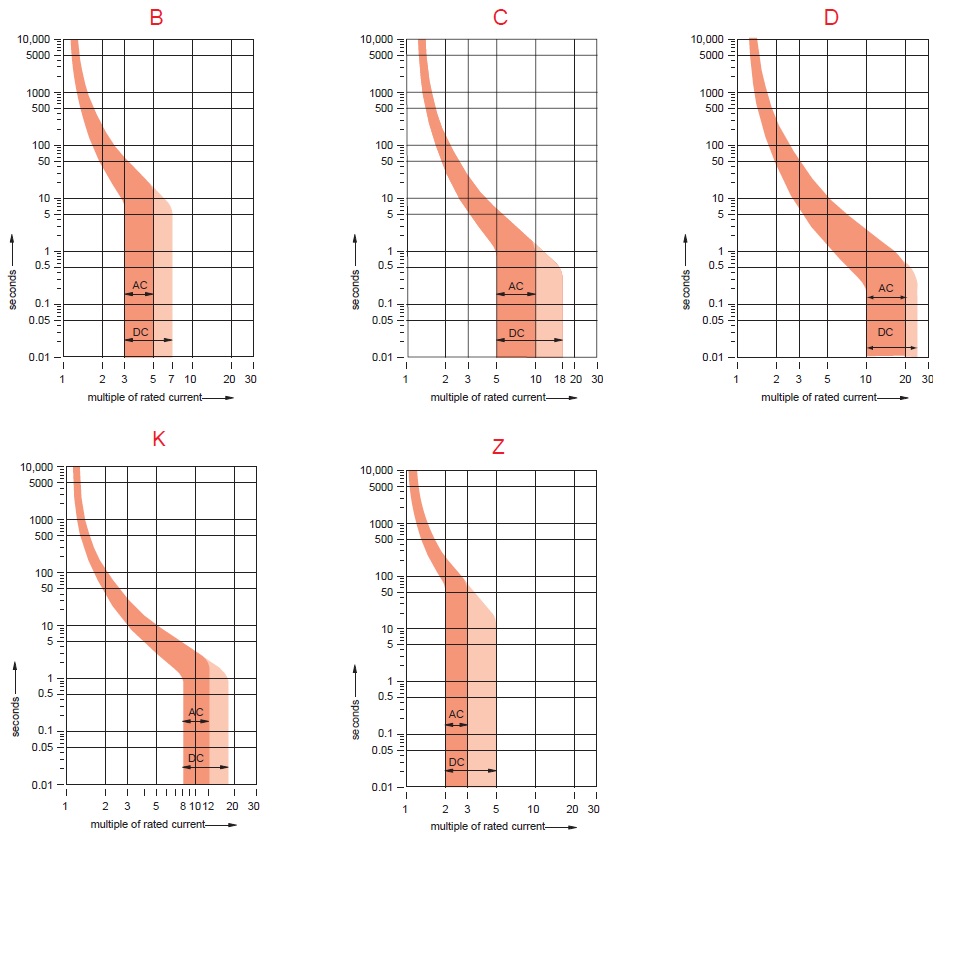 First, I don't know about those charts. (actually I do know; I browsed them on Friday as part of other research; but you need to look at context and notice they are and NOT for breakers in your home.)

The only trip curve that matters to you is the one published in the catalog for the breakers that are in your own panel.

It's possible to get breakers with trip curves like that, but they don't fit your HOMeline panel lol, and they don't cost 5 dollars! They do, however, let you deep-dive into the arcane subject of breaker selective coordination, i.e. the fine art of reliably and reproducibly having the local breaker at the hydraulic press trip before the feed breaker back at the main panel 3 floors down.

They don't guarantee it won't. In fact, since the thermal trip mechanism will be in play, it will matter greatly whether the Arizona sun is blasting on your outdoor panel vs whether it's buried in a snowdrift.

I wouldn't expect that kind of precision for $5.

It is next to impossible to mass produce standard non-electronic breakers which trip exactly with a load of 101 or 102%. The reason is the very reliable, but tolerance-affected bimetal unit which is heated by the current. Already the air temperature and location (Alaska, Death Valley, closed non-vented board, other heat producing equipment nearby etc.) may shift that trigger point. Luckily the temperature mimic matches the maximal load of the protected wires. The higher the temperature, the less current can be safely pushed through wires.