Is there too much gravel under this deck?

I had a contractor put a layer of gravel under my raised deck. The deck is about 4 feet off the ground and the space underneath it is enclosed. The ground under the deck was dirt with some landscape fabric over it. I had made sure to remove enough dirt that the skirting had at least 3-4 inches of clearance above the ground. The contractor was very generous with the gravel or there was less room than I thought so now some of the skirting and structure is buried. Gravel isn't soil but this seems not right to me. Is this a problem? Not sure what's pressure treated and what's just cedar but I want it all to dry as well as it can.

This is from the outside. The lower trim is in it. The large stones are new and are there to keep the gravel in. The dirt part will be finished later. 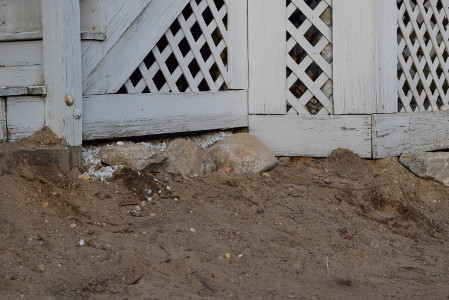 There is a slab under the gravel around the stair stringers. 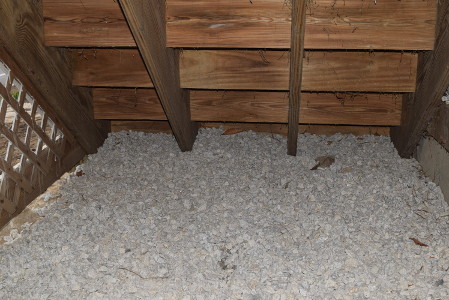 Another view from the inside. You can see the gravel now sits on top of the support structure for the skirting. 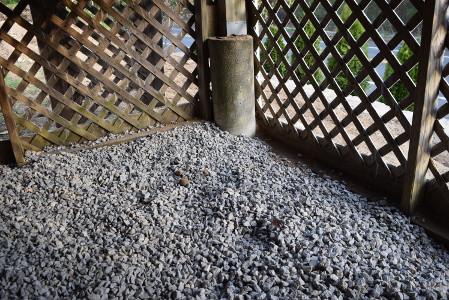 No problem with too much gravel. You could level it out toward the right a bit to get the gravel off the support structures for the skirting but i don't see that as a problem. The problems I usually see are not enough gravel.

3
Did I do the right thing putting small stones under my deck?
3
Critter dug gravel out from under my barn's cement slab
2
Can the gravel used under my pool be used patio stone?
0
Grade slopes toward foundation under sloping deck
4
What kind of latch mechanism should I use for this movable ceiling under my deck?
1
Regrading under deck to protect footings from water
2
Proper Procedures for Regrading Under a Deck?
1
Can there be too much water for a drain system to move?
0
ground level deck drainage suggestions?