How close (vertically) can I safely relocate a lag screw in a stud?

I'm mounting a pull-up bar (see image below) by means of 3/8" lag screws in wooden studs. I messed up one of the top holes (missed the center of the stud - the bolt went in partially & then veered off to the side significantly). I'd like to re-mount the bar as close to its original vertical position as possible. What's the nearest vertical distance from the previous lag bolt holes that would be safe to put new ones? It's a load-bearing (exterior) wall, and the bar extends out 33" from the wall, so it will have significant pull-out force.

(If I move the bar up significantly higher, it will be difficult to reach for the shorter people in the house; if I move it significantly lower, my feet will hit the ground. Thus, as close to its previous location as possible - without compromising the integrity of the stud - would be ideal). 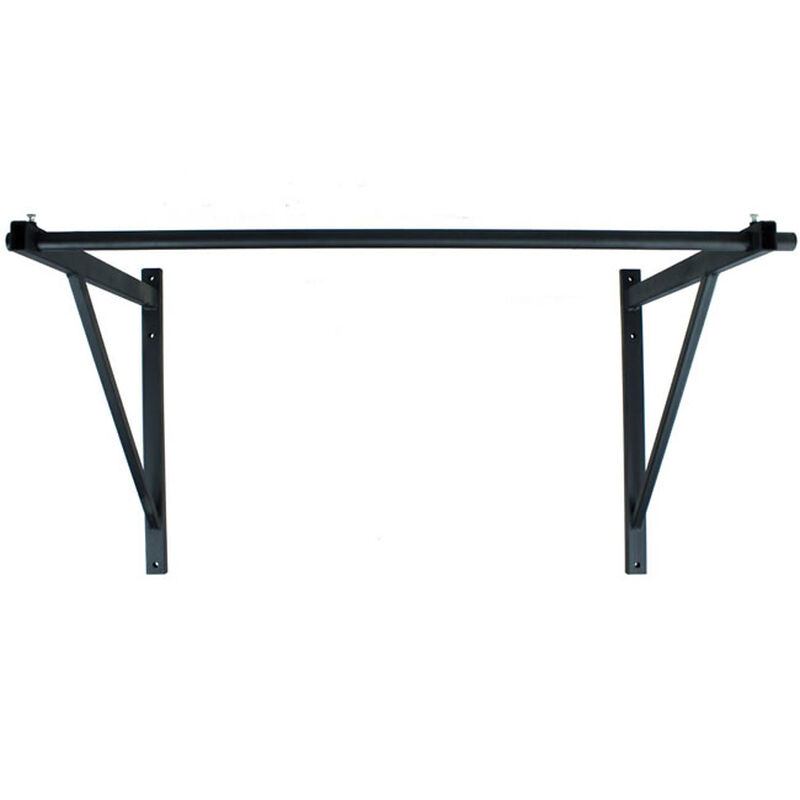 It really depends on your technique. The stud doesn't care. Plenty of them have knots bigger. If you can leave even half the hole diameter between the new and old holes it'll be virtually as strong as otherwise.

Mount the bracket using other holes, then drill the new hole. The steel will prevent your bit from dropping into the original hole.

Of course, you can epoxy a dowel (even hand-carved from scrap) into the hole and start over at any location.

3
Will using concrete anchors in wall studs cause problems?
3
What should I do if one of the screws for a TV mount breaks?
6
How can I center a TV on a wall with a centered stud?
1
How should this vintage wall-mount sink be mounted? Does not fit standard cast iron brackets
2
Problem mounting TV wall mount / possible cracked stud
2
Articulated arm wall-mount (13lb. LCD monitor), 25 gauge metal stud, 3/4" drywall
1
Mounting a pull-up bar on drywall and metal studs?
0
Hardware recommendations for heavy beam mounted to wall
1
Is it safe to use a wedge expansion bolt in concrete blocks?