I moved into a house with an outside GFCI receptacle. The outlet didn't seem to work and the reset button had no effect. No other outlets around or outside the house appeared to be tripped.

I pulled out the outlet and while the outlet didn't work, the wires were still live. I figured the GFCI outlet was no longer working and tried replacing it.

Hooked up the new weather-resistant GFCI and used an outlet tester to confirm the wiring was correct.

The new outlet worked, connected a couple of devices fine, and could be successfully tested with the test/reset buttons on the outlet itself and the outlet tester.

A week later and the new outlet appears dead. Appliances don't work and the tester shows no response. I can't find any other tripped outlets. The 'test' button doesn't have that satisfying click, although the 'reset' button does momentarily flash the red LED (which suggests it is still receiving power?).

Obviously I'm not an electrician but I thought I'd gone through reasonable troubleshooting steps. The outlet is housed in a new weather appropriate non-metallic box, the wires inside conduit. Breakers haven't tripped.

I've even struggled to find other outlets/lights on this same circuit, so while it's possible the circuit is somehow overloaded, none of the major things like kitchen appliances or A/C are on that circuit.

So, with all that noted. What could cause a new receptacle to appear to me to have died, just like the one it replaced? Or is it dumb luck that the replacement is also bad (seems unlikely)? What am I missing?

I've added an image of the outlet. 14-2 going to the LINE and nothing from LOAD. I also kind find any other outlets or lights, GFCI or otherwise, affected by turning off the breaker. And since it's not clear from the photo, yes, the ground wire is connected.

In replacing this outlet I also added a new weatherproof cover to come up to code, that allows the cover to close while in use. In removing this cover to take the photo, I noticed a small amount of water in the bottom of the cover. Now, it's entirely possible the seal wasn't tight enough when installed, but the same outlet was dead with the old cover.

If that's the issue, then I suppose the GFCI has done it's job. Does that ring true? If so, can I address this with electrical tape on the outlet and outdoor grade caulking on the box? Also if moisture was the issue, is the outlet now dead and need replacing again? 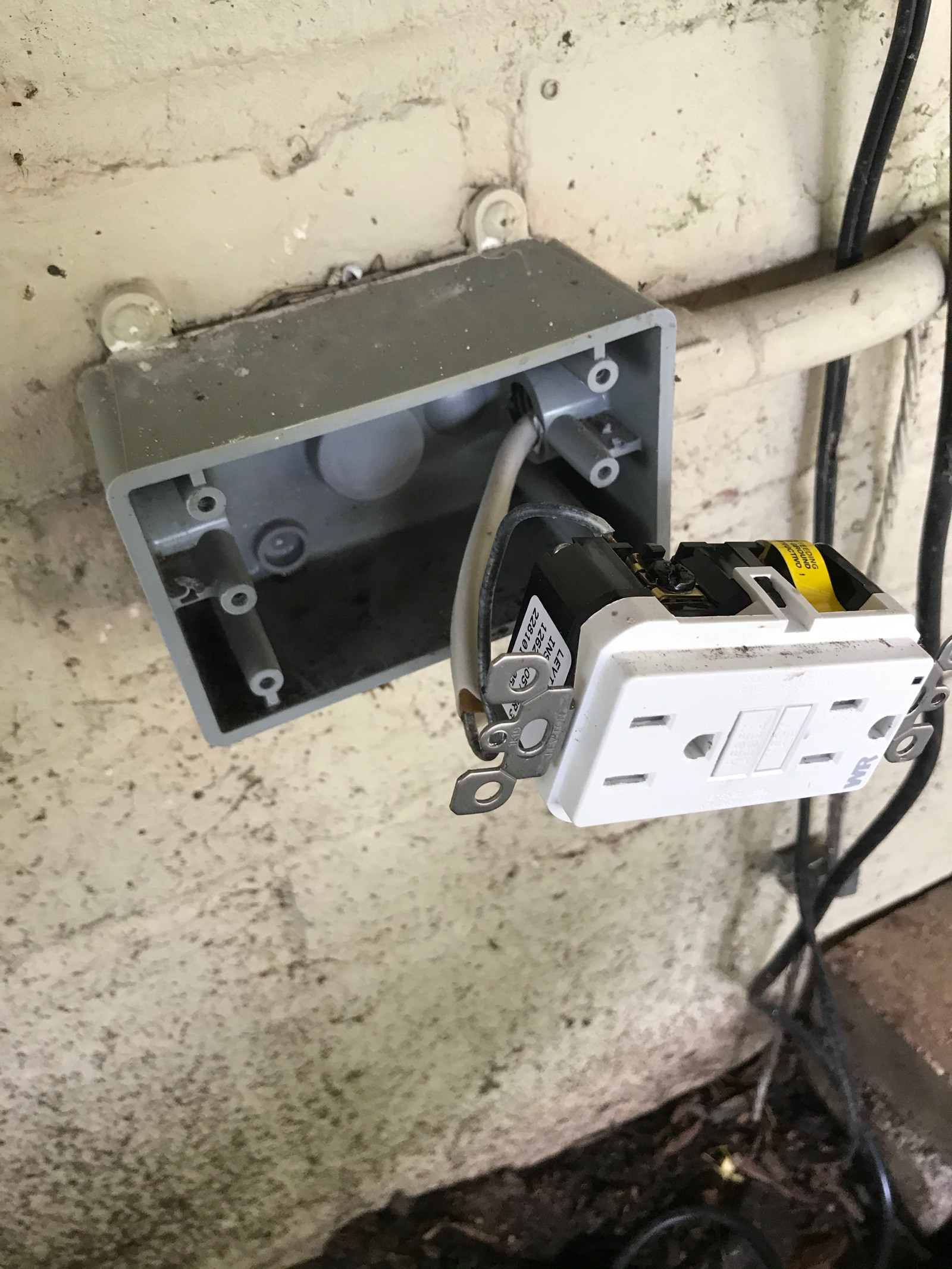 Not the answer you're looking for? Browse other questions tagged electrical receptacle gfci outdoor or ask your own question.

1
Finding a phantom GCFI
1
Troubleshooting why 3 Garage outlets have stopped working: GFCI
1
Cannot determine which breaker has my 3 dead outlets on
1
If a GFCI tester trips a circuit breaker is there a problem
1
New GFCI outlet not working
0
Gfci not working
0
Two electrical questions: Tripping GFCI, and unlocatable GFCI
1
How can I correct my wiring to eliminate sequential GFCI outlets?
0
GFCI Protected Outlet Trips with GFCI Outlet Tester, but the outlet lost power
1
Outlet has ground wire connected to neutral and I am trying to replace it with GFCI