How can I get a neutral wire for this switch?

This switch is in my garage and controls lights at the end of my driveway. I want to replace it with a smart switch that requires a neutral wire. I've learned that I can't steal a neutral wire from one of the romexes in the back unless I'm sure it's on the same circuit. How can I safely solve my problem in the least expensive way? If I need special tools or techniques, please spell them out for me. 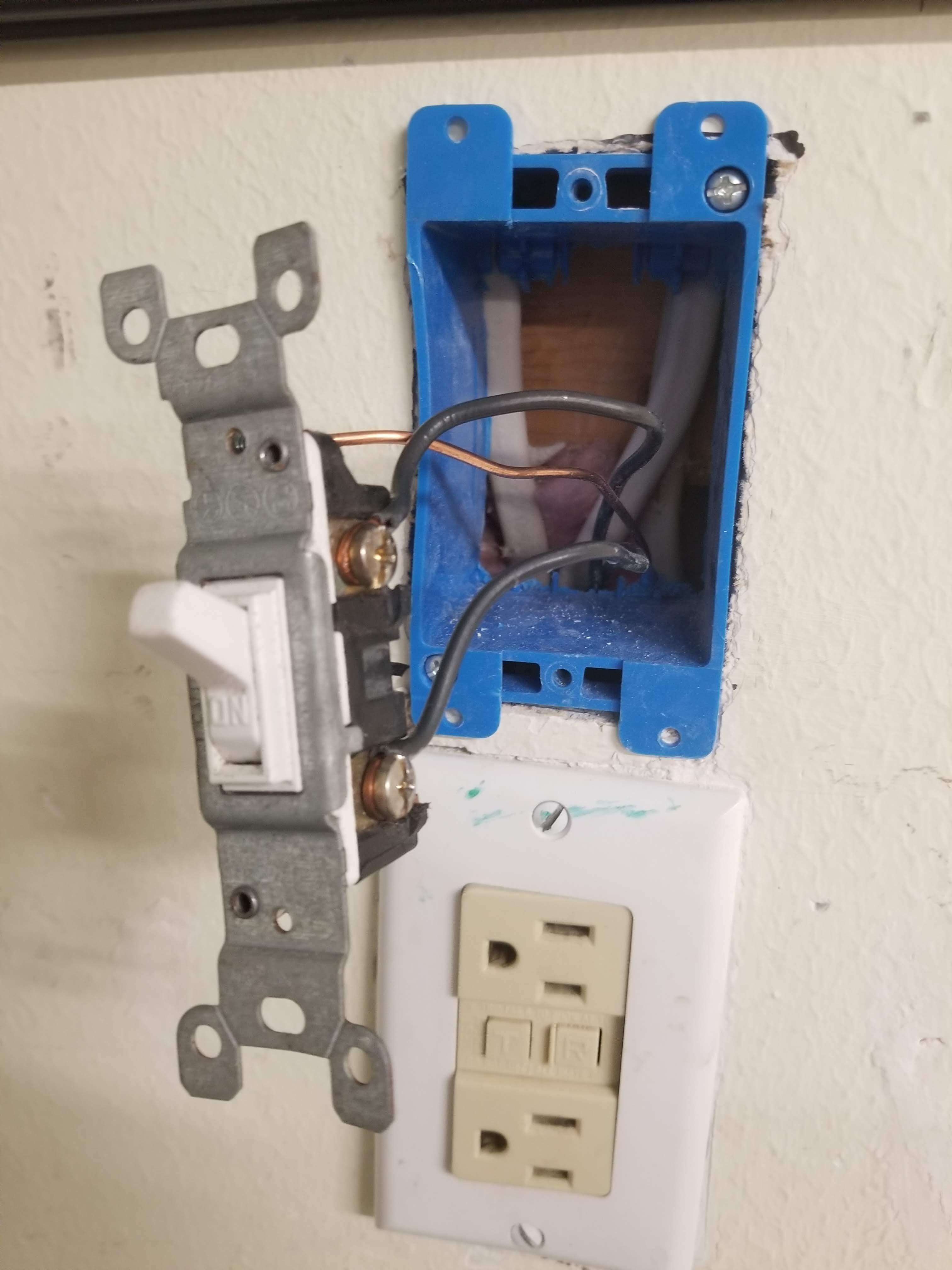 Somebody really made a hash of things here

Whoever put all this in really made a mess of things. That low-voltage box they used for the switch was utterly inappropriate for the task; furthermore, they ran wires through the hole in the lower box to wire up the upper switch without a conduit to protect them, drilling a hole in the lower box in the process I am sure. Also, they managed to pigtail the GFCI's earth grounding wire to the incoming hot(!), which explains why its mounting screws were electrified. Finally, the presence of the GFCI means that while everything is on one circuit, you need to make sure that the smart-switch hot and neutral wind up on the same side (line vs. load) of the GFCI, lest you inadvertently turn your smart-switch into a remote-controlled GFCI tester!

Once all that's done, patch the drywall as needed, button the new box up with an appropriate two-gang faceplate, turn the breaker back on, and enjoy your new smart-switch!

Not the answer you're looking for? Browse other questions tagged electrical switch neutral smart-switch or ask your own question.

1
What are the risks of sending low-current neutral through the ground wire?
2
Wiring a GE smart switch in a box with 2 light switches sharing a neutral wire and switches sharing a hot wire on same circuit
2
Is my plan to add a neutral wire to a switch box ok?
2
Smart Switch Wiring Question: What is the Need for a Neutral Wire? How to Provide One?
3
Installing smart switches in 2-gang box with switch loop
2
Help: Black and White Wires on Switch but No Neutral?
1
Convert 2 gang no neutral light switch into 1 gang to power a smart-switch that requires neutral. Possible? UK
0
Installing a smart switch + adding a neutral wire
2
Converting a 3 way switch without neutral to a smart switch that needs one
0
Unfamiliar Existing Switch Wiring - Neutral Wire for Smart Switch Help Needed!