In my 2014-built United States mainland home, I have two side-by-side 200A panels. They both have a 200A main breaker. One really neat thing this let me do is have two lighting circuits in the basement, so that I can work on a panel with the main off and have great lighting to see what I'm doing. There are of course, no loads that pull from both panels. 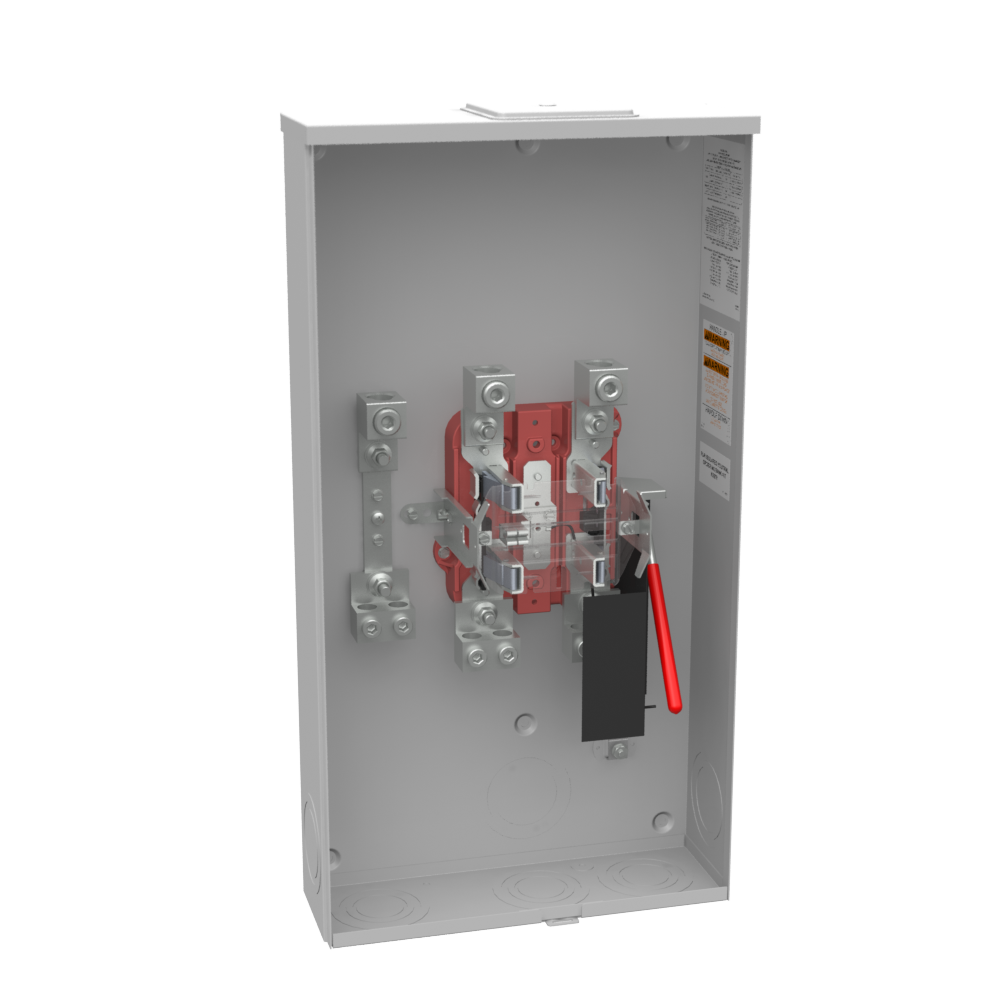 In both panels, the ground and neutral are bonded together as they should be in a main panel.

Obviously both of the neutrals come out and tie to the same lug under the meter. And both of the ground wires coming out of the tandem main panels are tied to the same building steel and grounding rods.

My question is this: Why isn't Neutral-to-Earth bonding done in the meter can in a "class 320" service? (before it splits off to two separate panels)

The two main panels are in some way sub-panels of the meter can right? I read all the time neutral and ground should only be bonded in one place. I understand why if I hang a sub panel off a main it should be isolated there. But why would the same logic not affect my tandem main panels?

In my neck of the woods (Pacific NW) we call that a "class 320" service: A single meter feeding 2 main panels. Because both panels are considered main panels, neutral and ground need to be bonded together. In the meter panel, in most cases, the neutral is already bonded to the can just by how the lugs are attached. I recently installed a class 320 service on my son's house that did have a "service bypass" that would enable the power company to swap a meter without interrupting service, but I don't think that is what you have. A pic would help.

2020 code is requiring the ability to cut off power to a structure externally. That may have been required locally for some reason back in 2014...local codes vary. 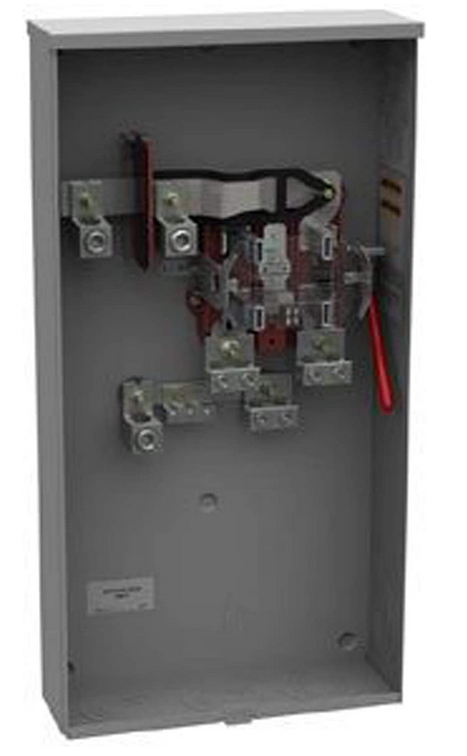 The lever on the inside is a bypass

The lever on the inside of your meter can that you saw when the power company was working is what's known as a bypass lever that lets the power company take the meter out of circuit for service or replacement without interrupting the flow of power, which would be problematic for both you (power outage) and the utility worker (arc flash hazards). Most utilities require some form of safety bypass, either a lever bypass for utilities that use ringless metering such as KCP&L/Evergy or a test block bypass for utilities that use ring style metering such as PG&E, on class 320 services due to the higher energy levels involved.

As to your configuration of panels...

What you have is a two-panel service based on the "rule of six", with each 200A panel carrying its own service disconnecting means. As a result, you have two neutral-ground bonds (main bonding jumpers), one per service disconnect enclosure, as per NEC 250.24(B):

(B) Main Bonding Jumper. For a grounded system, an unspliced main bonding jumper shall be used to connect the equipment grounding conductor(s) and the service-disconnect enclosure to the grounded conductor within the enclosure for each service disconnect in accordance with 250.28.

Exception No. 1: Where more than one service disconnecting means is located in an assembly listed for use as service equipment, an unspliced main bonding jumper shall bond the grounded conductor(s) to the assembly enclosure.

Note that the only case where a neutral-ground bond is ever found in a meter can is when you are using a combination meter/main-breaker, meter/loadcenter, or multi-meter/main assembly, as the service disconnects are in the same box as the meter in that case, separated by barriers. (Note further that the neutral-ground bonds in these devices are permanent and nonremovable, unlike the bonding jumper on a loadcenter, which can be installed/removed as-needed depending whether there's a service disconnect in that box or not.)

Not the answer you're looking for? Browse other questions tagged electrical-panel meter bonding or ask your own question.

2
Can a main breaker box be bonded at the meter box?
1
Should neutral be bonded to ground in main and subpanels?
5
Grounding 200A Main Panel with Changes to Water & Gas
1
Is a Redundant Ground at Sub-Panel Permitted? Useful?
4
Where should I connect the green ground wire in main panel next to meter?
1
200 Amp exterior meter and disconnect with interior main panel
1
Sub-panel ground and neutral connected to main ground and neutral bar?
2
How can a "class 320" service legaly/safely supply two 200 amp panels?
3
Can I replace a 100A meter panel with a 200A meter panel **before** replacing the load center?