How worried should I be about mold/mildew in my water softener tank?

My wife and I moved into a home that had been rented for a while. Looks like lots of maintenance has been deferred to us, including the water softening system.

We noticed some mold in the tank during inspection. The inspector did not seem too concerned with it. Is this something that will be harmful if left untreated? How aggressive should I be getting about cleaning the tank? Will household cleaning solution (e.g. bleach) be worse for us than the mold if it enters the tank? 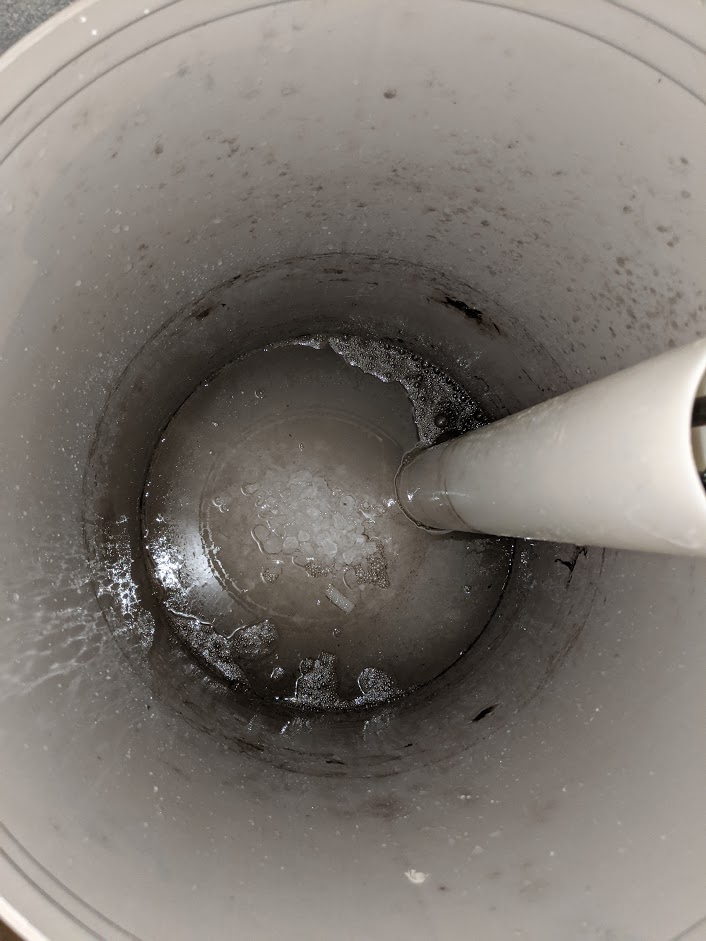 This is the salt water brine tank that is used to let salt set in the water to make brine which is then flushed through the resin in the softener before being rinsed to the drain. So a bunch of things are good to keep in mind as this is not a hazard. Most molds, especially those which form in water are not hazardous, only a few which we might breathe the spores. This is not what you drink directly but only what is used to reset the ion exchange. Salt is, in itself, used to delay bacteria, as in treating meats like ham or salt pork. The chlorine in the water used to make the brine will kill most harmful bacteria as it does in the normal water treatment.

I would suggest cleaning as a way to make it "feel" better, even though it is mostly just dirt, possibly from using less clean salt like perhaps blocks of stock salt. Then the barrel should be topped off with salt to allow it to make brine as at the current level, the softener is not going to have enough brine to operate. To avoid doing it more often, I like to nearly fill the barrel.