We have a new towel warmer, which I believe would not technically comply with codes in the U.S. Electrical connections need to be inside junction boxes, unless I'm mistaken, and this towel warmer does not include a junction box. So it looks like the connection would need to be made inside the faceplate of the towel warmer mounting bracket, from what I see in these instructions.

I've seen a lot of towel warmers without junction boxes included (some have them), so it's unclear where the connection is supposed to be made. (I've also seen nobody complaining online about failing an inspection due to a towel warmer.) Are all these towel warmers being sold in the U.S. violating code if they are hard wired?

Or is there a water proof faceplate I can buy made for this situation? 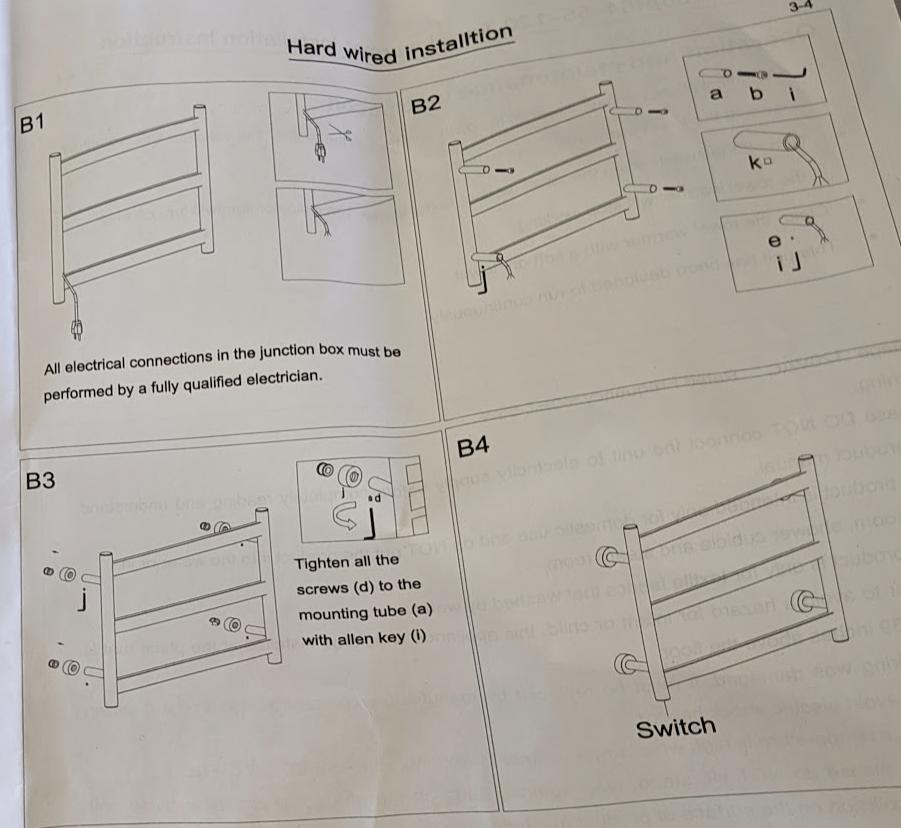 Here is a picture of a different towel warmer with a junction box that would be code compliant I think: 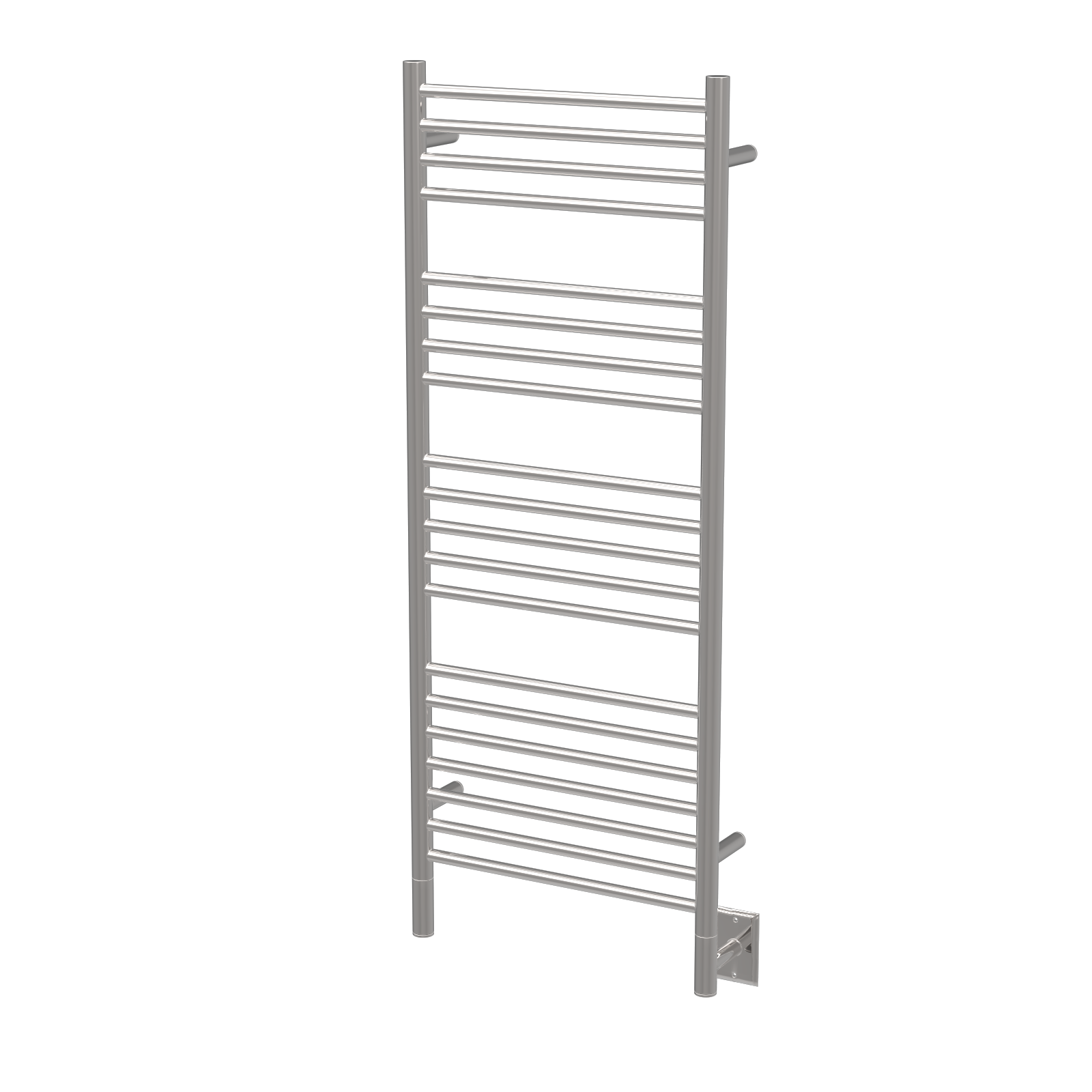 Mine have always had plugs, if you want to hard wire it use flex , I us liquid tight flex all the time depending on what it is for I may use non metallic liquid tight , most of my systems take a beating and metallic holds up better especially in cold conditions. But this is an option.

3
Transition PVC outdoor conduit to EMT
5
Can I cut the protruding conduit to the floor level and cover it with junction box?
1
Hardwired Towel Warmer
4
Code-compliant undercabinet light wiring
8
Can I use green wire in a residential wall box?
2
How can I rewire to remove/relocate this hidden junction box?
1
How to properly use a transformer which bundles its high & low voltage wires together?
5
What material to use for sealing inside of outdoor conduit to block moisture/insects?
1
Are these instructions for installing a range hood code compliant?