Does this wiring for the addition of a switch to bypass the PIR look correct? 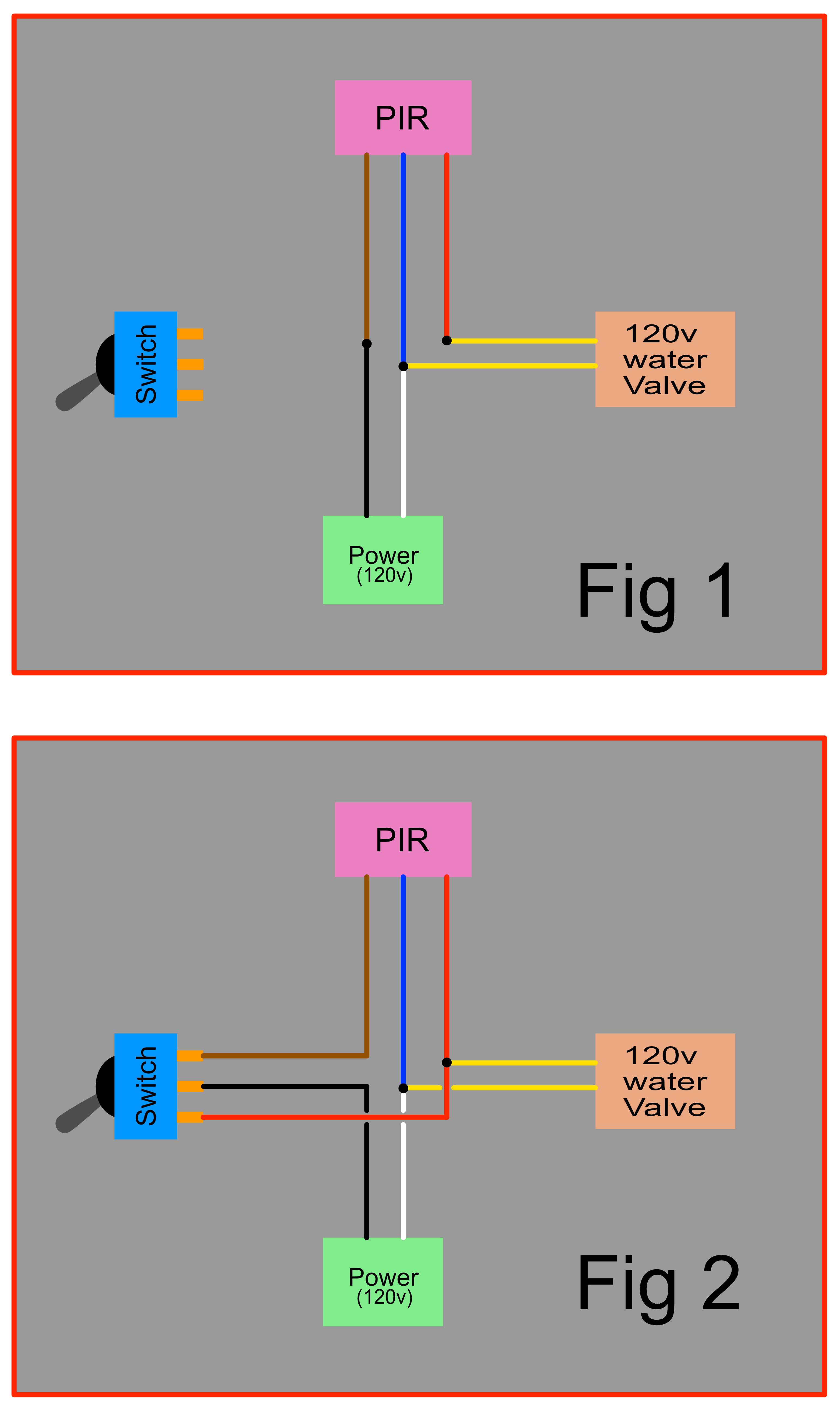 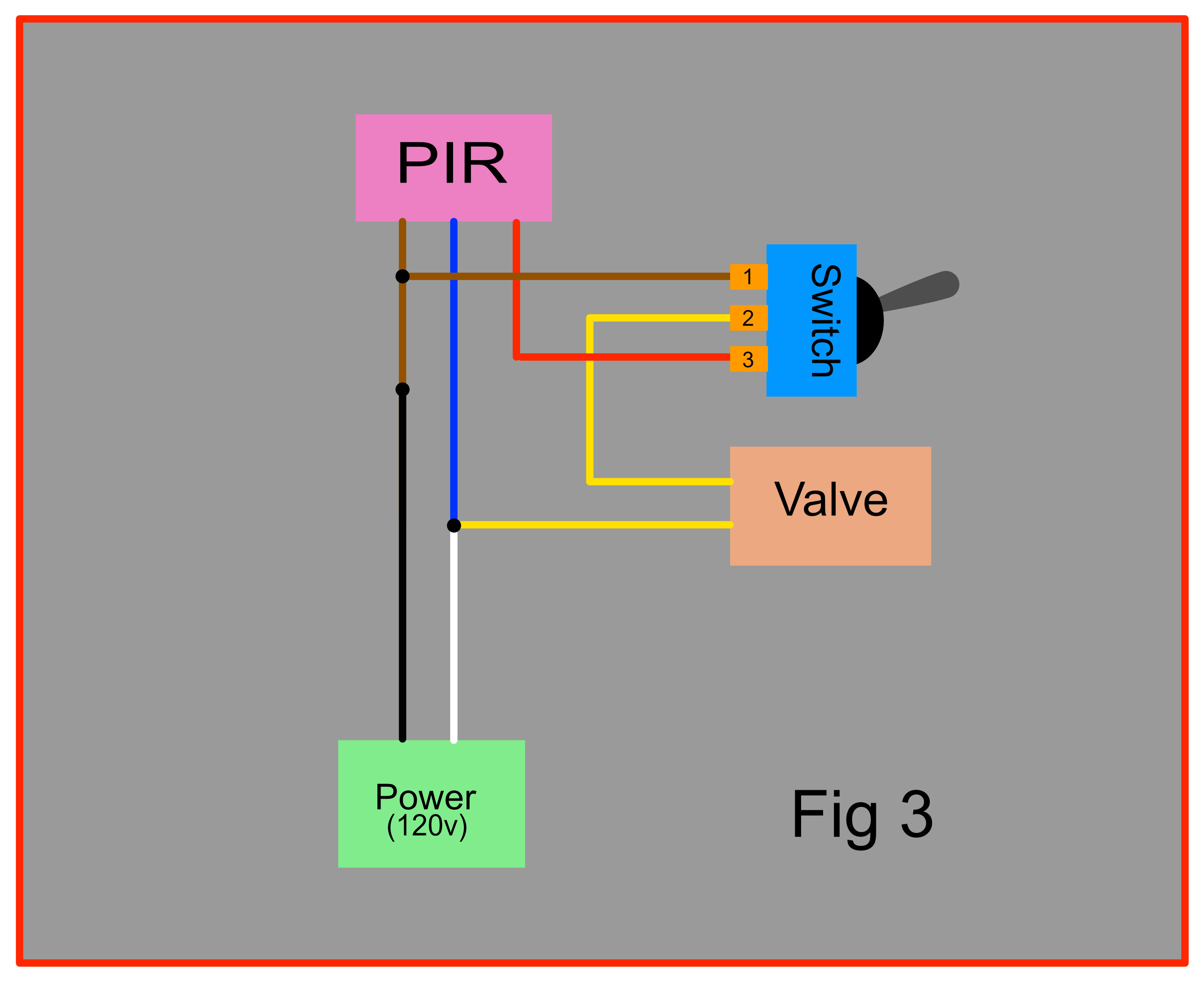 ]2I have wired a 120v water valve with a motion sensor and it works fine (see top photo). I want to add a switch (see bottom photo) that will bypass the PIR(motion sensor)for cases where I do not want the motion sensor to operate. Sometimes I want the valve to just run off a timer. Does the wiring look correct? I already fried one motion sensor with a different wiring attempt.

So your proposed wiring scheme looks great when it's in PIR mode.

However, throw the switch to "other thing" mode, and what do you see?

The other problem with PIRs is you really want to power them 24x7. They also have light sensors, and they need 24 hours to see the maximum and minimum absolute lux in the location, so they can distinguish night from day in adverse conditions.

Now the PIR is always up, but it either has a load, or does not.

You only need a SPST switch. Just connect it across brown and red keeping all connections how they are.

Not the answer you're looking for? Browse other questions tagged electrical wiring switch motion-sensor or ask your own question.

0
Should I be switching just the hot, or both hot and neutral?
0
How to wire 2nd light to existing circuit with light and two 3-way switches?
0
What is the typical vertical angle field of view for a PIR motion sensing light switch?
0
What did I do wrong with this Legrand RRW600U wiring?
0
3 Pole Motion sensor switch not working properly
1
Help debugging this circuit, voltage across lights drops to half unexpectedly. Diagram in post
1
Timer Switch Problem
1
What would be the wiring diagram to add a receptacle switch combo to the outdoor garage lights circuit?