Removed two single pole switches in an attempt to wire a smart switch, forgot how to wire back

I had two single pole switches that were working fine before I attempted to change one to a smart light switch (right switch that controls the two outside light fixtures).

I forgot to take a photo before of the wiring, but now I can't get them to work and control the two recessed lights above (left switch) and the two outside light fixtures I mentioned above (right switch). So here I am.

One thing I do remember is the red wire was not used at all. And, I think there was a pigtail or connection splitting one of the hot wires. I have just recently realized that I have another hot wire that is white (which I thought were all neural). I had tried keeping all the grounds together, all of what I thought was neutral (white) wires together, and split the black hot wire to both switches. While using the grey on the left switch and the black on the right to connect the switches. That did not work. I tried a few other combinations. No luck. I'll buy you a beer if you can help me. This is annoying me so much. All the switches check out on my multimeter. Thank you for reading.

I have been reading that the fixtures could be receiving power directly from my box and then have lines to my house to add switches, versus the lines coming into the house and then hooked up the switches and ran back to the fixtures. I'm just stumped after trying what feels like every combo. 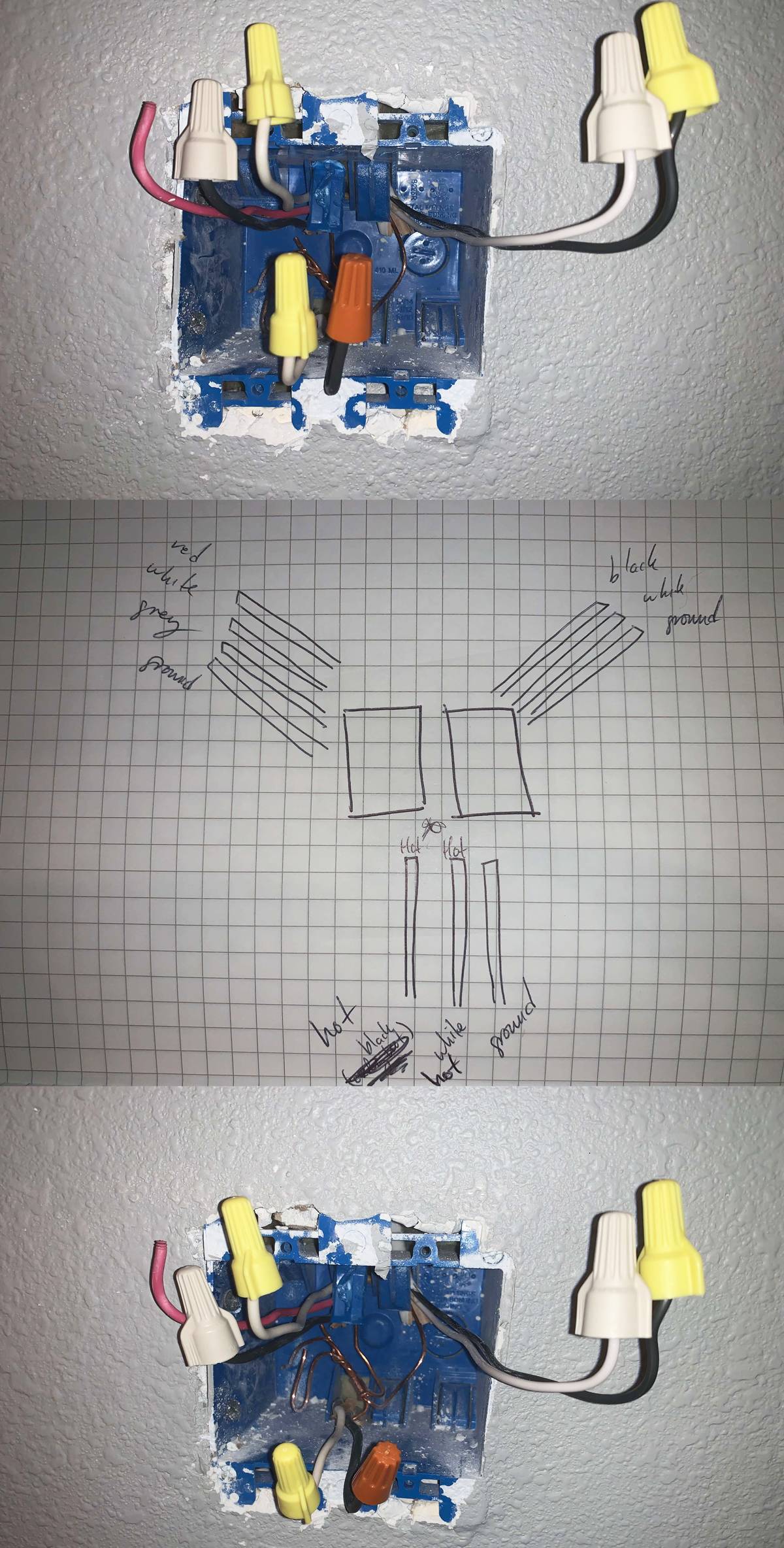 Browse other questions tagged electrical lighting light-fixture smart-switch or ask your own question.

6
Getting shocked by a neutral wire