I have a receptacle box that needs to be reinstalled. While replacing one of the cables running to the box, the drywall became damaged. With this level of damage, is my best bet to cut out and replace a large section of the drywall (10in by 16in) between the two adjacent studs and make a receptacle cut out in the new piece of drywall? Is there another way that is any easier, what provides enough support for the box? 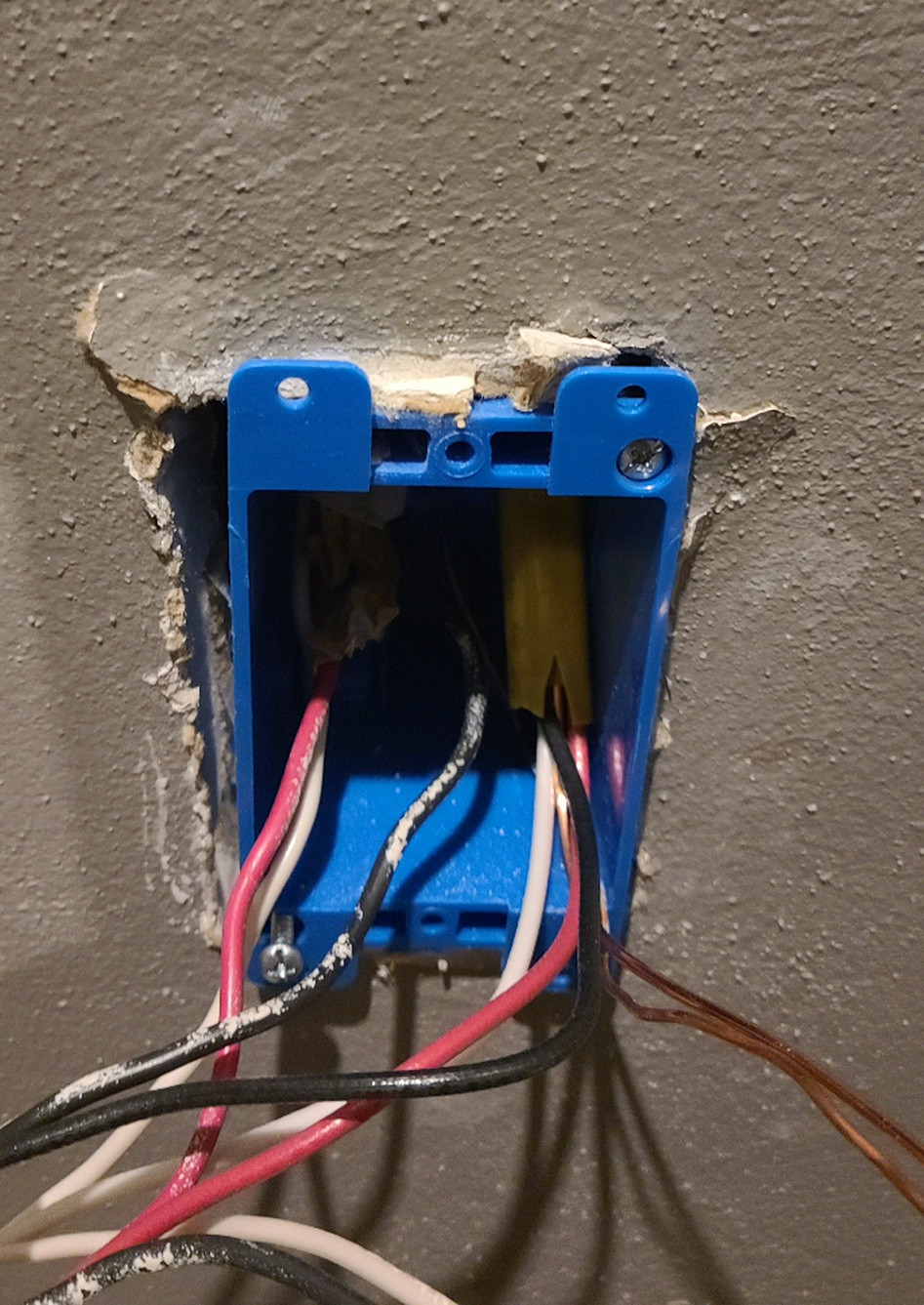 Don't "attach to drywall" if a stud is available.

Seriously. You can have some pretty large insert/remove forces on a socket - 10 or 20 pounds. Drywall is chalk covered with paper. It is simply not made to bear that, and the goofy "wings" that grab-the-drywall boxes use won't hold up to the strain.

If it was a switch, maybe not so bad... but for a recep, no, definitely use any means necessary to screw into that stud with a box capable of that.

I would go for a steel box because it will attach well to screws with no risk of tearing out... and then use wood screws with either a 90 degree ratchet screwdriver, or a hex head screw and a wrench. Royal PITA, once, and then the job is done first-rate and you never have to sweat it again.

Now that we're not using it for attachment, that drywall damage is just an "oops". Cover that with an extended cover plate, which are widely sold for just that purpose.

With drywall repairs, larger is not harder (really, within anything like reason) and certainly a "stud to stud" repair is easier/faster than fiddling with supporting a patch between studs, much less a patch that's supporting a box. Mostly, you'll be waiting for mud to dry.

Unless there's some particular reason/need to retain the particular box, you could also move the box to a stud (unless there's a reason not to) and replace with a "new work" box - or install a hunk of wood between studs to support a new work box out between studs if the location can't be shifted 8 inches or less one way or the other.

Since you'll have a large area opened for the patch, you have access for installing a "new work" type box.

6
How can I fix an uneven and damaged transition from drywall to tile in the bathroom?
1
Can I glue a second layer of drywall?
1
My new drywall patch is thinner than the old one? Why?
0
1/2" drywall over firewall in kitchen?
1
Repairing water damage to ceiling drywall where ceiling meets wall
29
How should I support this large drywall patch?
3
How to repair large drywall section?
10
Expedient repair for water damaged drywall behind tile
0
Replacing drywall in bathroom